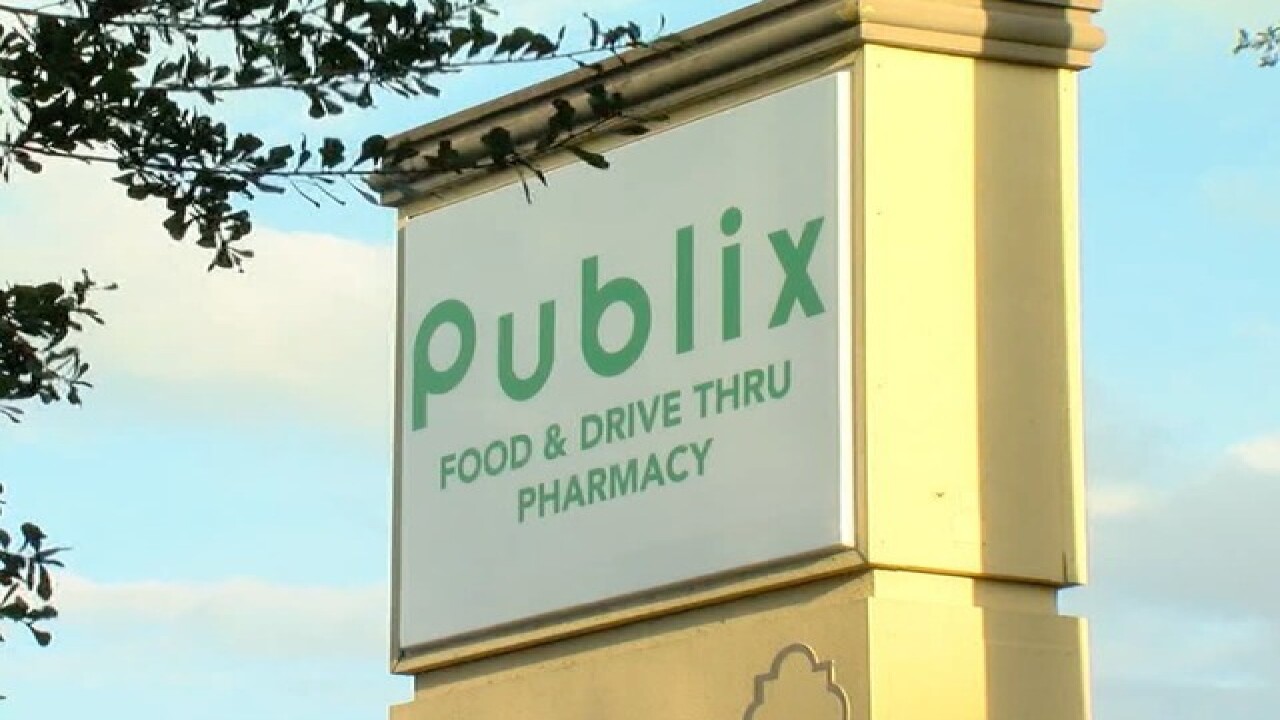 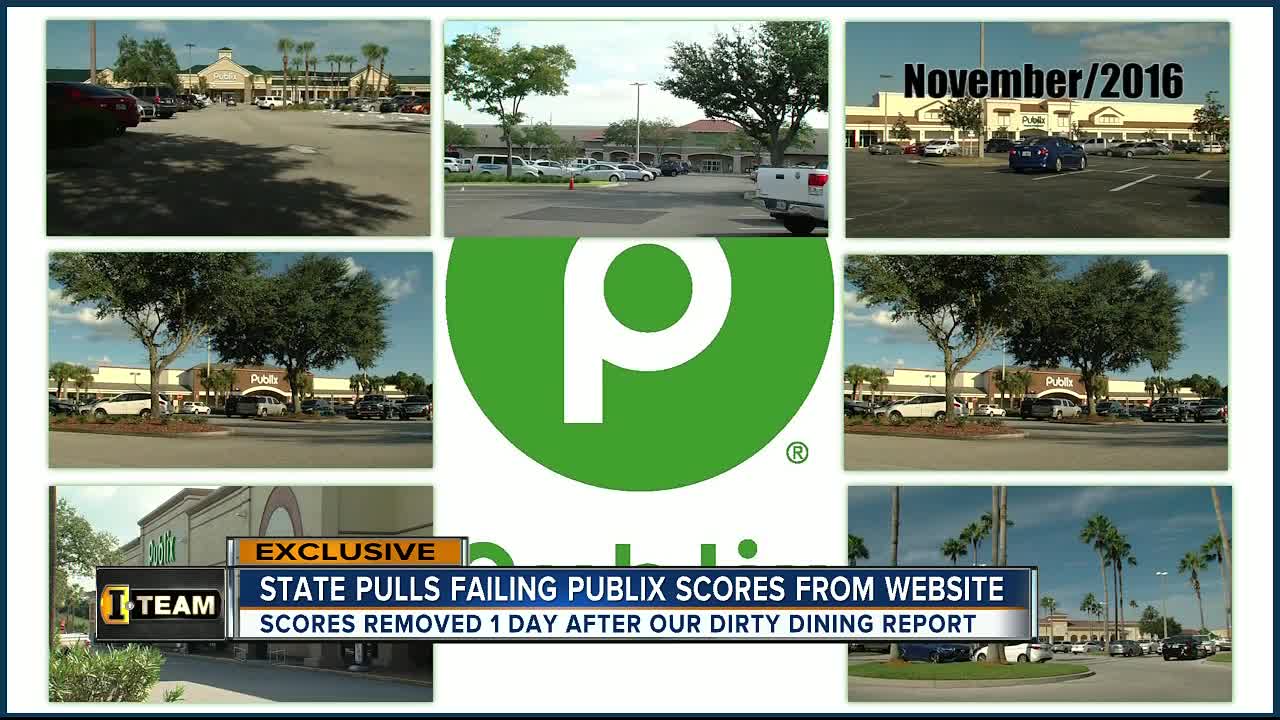 By: Wendy Ryan
Posted at 11:02 PM, Mar 01, 2017
Back in November, in a special ABC Action News I-Team Investigation, we showed you seven local Publix grocery stores failed their health inspections.
And the day after our story aired, the Department of Agriculture, in charge of inspecting grocery stores, removed all pass/fail grades and pulled all inspections off-line. Why?
"I believe that the pass/fail system is unclear because if it's a failure, why is it still open?" explained Adam Putnam, who's Florida's Department of Agriculture Commissioner.
Putnam is the man who decided to stop issuing grades for all grocery stores, bakeries and convenience stores.
"I think we need to have a grading scale that is more reflective of the conditions in that store, so that the consumers are aware and can make their shopping decisions accordingly," Putnam explained.
But making those shopping decisions can be challenging, when looking at recent inspection reports online.
The I-Team has uncovered inspections online don't indicate if a violation is serious, if a re-inspection or discipline is required, and no grades are posted anymore.
But Putnam says the new system will be better.

"That's why the pass/fail system is a failure because an industry leader, who has highly trained and highly qualified, nationally renowned food safety standards ought not be mislabeled based on minor infractions," Putnam explained.
Putnam says that 'industry leader' he speaks about is Publix.
But Publix violations were not 'minor infractions' under that pass/fail system.
As we uncovered in our report in November, directly from state inspection records, the Publix stores failing in 2016 had priority violations.
That includes rodent problems inside the Britton Plaza Publix at 3838 Britton Plaza in South Tampa where inspectors documented numerous rodent droppings behind a food pallet and storage area.
A large stop sale of 200 pounds of food because of dangerous temperatures at the store at 1313 South Dale Mabry Highway near Neptune. That South Tampa store had to throw out whole chickens, various salads, macaroni 'n cheese, Cuban sandwiches and other food.
And other serious food safety issues like fly glue-strips hanging over exposed bread and other food in the bakery as well as live ants on the walls at the Publix at 8975 Race Track Road in Lutz.
Meanwhile, our analysis of state and federal election commission records show Putnam received almost $354,000 from Publix, its employees and their families to support his election campaigns for state and federal office over the past 20 years.
Those campaign contributions include $4,200 in 1996-2000, $117,687 from 2000-2012 when Putnam was a congressman, and $232,038 from 2012 to present, while Putnam has been AG Commissioner.
Putnam also used Publix personal travel jet on November 9, 2015.
So we had to ask Putnam if all those contributions impacted his decision to remove grades the day after our story aired.
"So their contributions to your pack and your campaigns over the years have not influenced your decision making?" asked ABC Action News I-Team producer Fran Gilpin.
"Of course not," Putnam said, "anymore than anyone else's contributions influence. You have to follow the law and do what's right by the people."
Putnam says a working group of university professors, industry representatives and food safety experts are giving their opinions on what grading system will work.
"The working group is going to have to make the decision about how to identify those grades in a way that the public can understand. Maybe it's a letter grade, maybe it's a good/fair/poor, but the pass/fail isn't working," Putnam explained.
But after four months of research, the lack of any grade and lack of detailed information online, leaves consumers in the dark.
We're uncovering more Publix grocery stores racking up priority violations with no evaluation to warn the public.
Last month the Publix at 23965 Highway 27 in Lake Wales had 21 violations, directly associated with food borne illnesses, as indicated on the report ABC Action News ordered from the state. But those details do not show up online to the public.

Publix Statement:
We recognize the trust and confidence our customers place in us, and we would never knowingly disappoint them. We strive to exceed their expectations. The violations at the stores you reference in your email were all corrected during the time of inspection. In addition, our support teams provided re-training, coaching, counseling and addressed each concern appropriately.
At Publix, we take food safety and the protection of our customers very seriously. We are committed to collaborating with our suppliers, other retailers, local and state regulatory agencies and academia to share best practices in order to create a shared infrastructure across industries throughout our great state. We participate on several food safety advisory councils as well as industry and professional working groups.
The Florida Food Defense and Advisory Council, a group commissioned by the Department of Agriculture and Consumer Services (FDACS), creates one such infrastructure for enhancing outreach, response and information sharing of food safety issues at the state and national level. Advisory Council members include representatives from regulatory, industry, academia and consumer groups. This Advisory Council also provides a dynamic forum for stakeholder collaboration regarding food safety issues and protecting public health. It was the request of this Advisory Council to take a step back and to work with food safety professionals across the state in a transparent manner, leveraging the expertise and current science of state and federal agencies, including the U.S. Center for Disease Control and Prevention, the Florida Department of Health, the Florida Department of Business and Professional Regulations, and the Florida Department of Agriculture and Consumer Services. We believe the best outcome would be a common inspection and rating system throughout the state to eliminate confusion and differential standards across sectors.
It should also be noted that FDACS has experienced several I/S system outages over the past year.  If any information is not on the agency's website, we would encourage you to contact the Division of Food Safety with FDACS.
As for Publix's support of Commissioner Putnam, we have been a proud supporter of him throughout his career, as we have for many political candidates who similarly support free market principles, economic growth and job creation for our home state of Florida. Our company's support of Commissioner Putnam has included his campaigns for Commissioner of Agriculture, as well as his prior candidacies for US Congress representing the area of the state in which we are headquartered.
Commissioner Putnam traveled on our plane November 5, 2015. The political committee, Florida Grown, paid for such travel and reported it as a campaign expenditure by the political committee to Publix in its filing with the Department of State, Division of Elections for the period November 1-30, 2015.
Commissioner Putnam made the trip to join in and speak at a celebration of Publix Charities $1.5 million donation to 12 Feeding America member food banks. As Commissioner of Agriculture, he knows first-hand that one in seven Americans struggles with food insecurity, and this hardship can have a lasting impact on their lives, from education to health to employment. The generous contribution of our Foundation helped provide nutritious food to families in need by providing the much needed funding for refrigerated trucks to transport perishable items from retail locations, such as Publix, to member food banks.
Brian West
Media and Community Relations Manager
Publix Super Markets, Inc.