Dirty Dining: Cici's closes for almost 2 days for over 25 live & dead roaches inside the restaurant 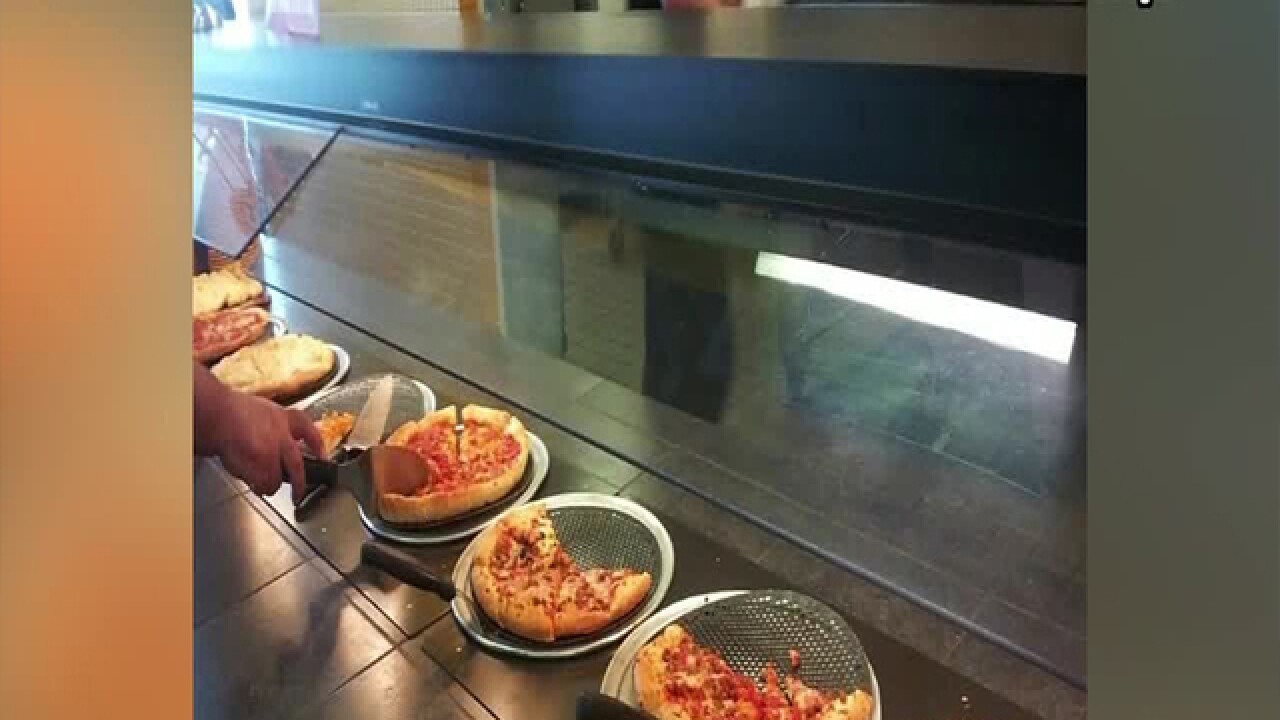 Cici's advertises its unlimited buffet for just $5 and change but there were some extra ingredients found near that buffet that got the place shut down.

In a special Dirty Dining report, we discovered on Tuesday, August 15 Cici's at 1850 Posner Blvd in Davenport had to stop serving all customers and close its doors at 1:28 p.m. after inspectors saw over 25 live and dead roaches under the buffet bar, dining room, near a freezer, dry storage rack, on a case of pizza sauce, under the pizza oven, under the hand sink and front counter.

Cici's was not allowed to reopen until Thursday, August 17, after the roach infestation was corrected, closing for over 44 hours.

Other violations discovered include a case of cooked chicken wings in the walk-in cooler stored on the floor.

A stop sale was issued on 'Lakeside Foods Garbanzo Beans' because the cans were dented. Dented cans may contain Clostridium botulinum, a bacteria that has been linked to botulism.

Pre-made pizzas were not marked with a date so the employees didn't know how old they were.

And several kitchen areas were soiled with accumulated food debris, grease, dust, or mold-like substance including the steamer, dish racks, pizza station, under the prep table, inside the ice machine and reach in cooler.

“Food safety and cleanliness are our top priority, and once we learned of an issue in the Davenport restaurant, we addressed it immediately. We are open for business and guests can feel confident dining with us.”