A local Arby's restaurant had to stop serving food for a couple hours after inspectors discovered evidence of rodents in the kitchen with over 80 rodent droppings.

Arby's is known for its roast beef & 'Market Fresh Sandwiches' but one location was temporarily shut down for 'not so fresh' conditions in the kitchen last week and some uninvited guests.

On December 27, Arby's located at 571 North 34th Street in St Petersburg had to close for two and a half hours after inspectors discovered evidence of rodents in the kitchen. 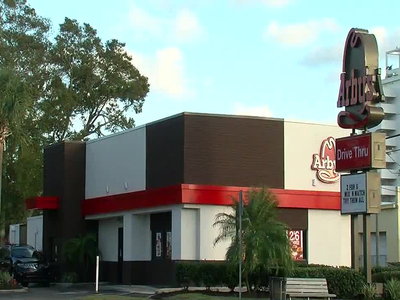 Over 80 rodent droppings were spotted on the soda box, under the soda fountain and near the storage area along with rodent feces of rub marks along the walls and ceilings.

Other violations include food stored on floor in the walk-in cooler/freezer and the interior of the oven with heavy accumulation of a black substance and food debris.

I briefly spoke to Ed Bergos, Arby's area supervisor and he said it wasn't rodents in the kitchen.

Then Bergos said he'd call me back with more information but never did.

I also reached out to the corporate office and they sent me the statement below.

Restaurant cleanliness is one of our top priorities. We immediately addressed and remedied the issues, and the restaurant reopened following inspection and a clean bill of health by a third-party expert as well as the State of Florida Division of Hotels and Restaurants.