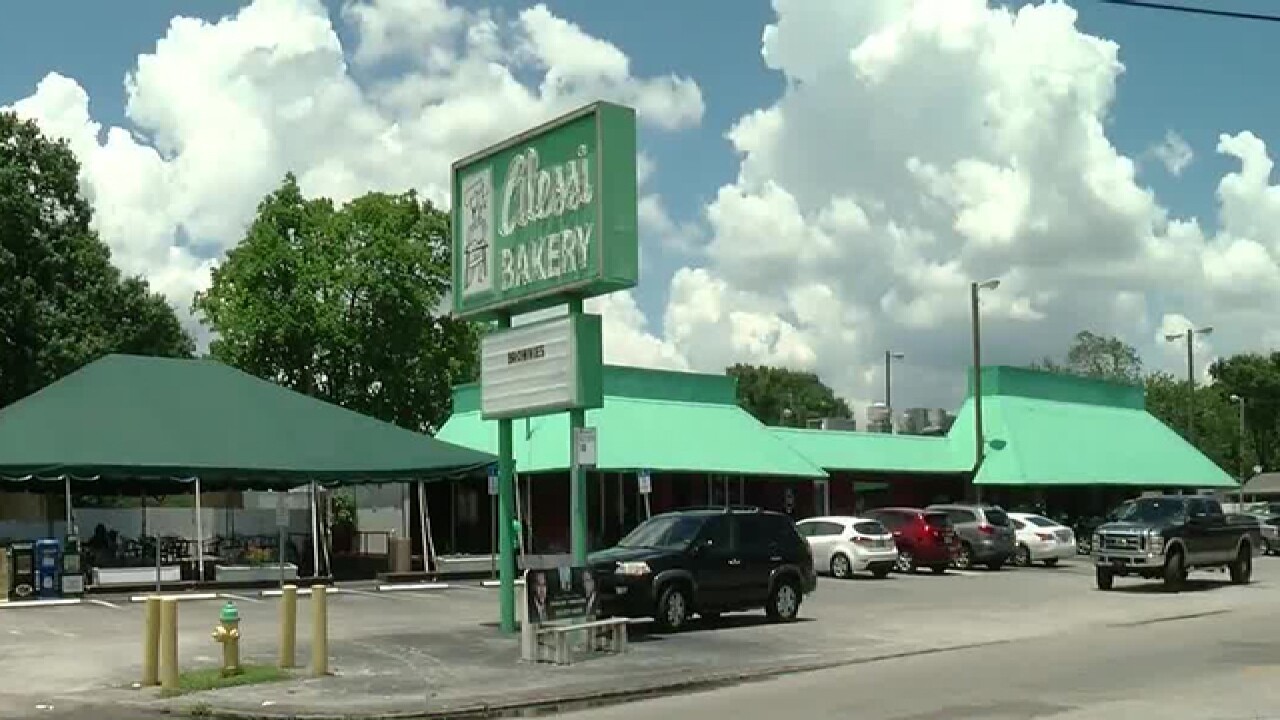 Alessi Bakery is a Tampa institution offering guava turnovers and Cuban sandwiches since 1912 but it was kept from serving any of that food recently.

On Thursday, June 22, a Department of Agriculture's Sanitation and Safety Specialist found evidence of a rodent infestation with rodent droppings all over the kitchen including in the production area, cake room, deli area, storage area, receiving area and catering room inside Alessi Bakery at 2909 West Cypress Street.

The state also discovered rodent gnaw markings on several bags of flour inside the Tampa bakery with all flour bags voluntarily destroyed by Alessi's manager.

Inspectors demanded a 'stop use order' on all food processing equipment until the rodent feces were cleaned up.

"We're talking about evidence of pests obviously that might have been coming from the roof and that's the problem," Seidel said.

Seidel blamed the rodent problem on the bakery's aging building.

"The summer rains have been causing depressions in the roof on Alessi. We have a 50-year-old building that we're talking about. And the roof has developed breaches in which we're speculating that any type of pest may be getting in through that area," Seidel explained.

"There are three pest control companies working to make sure there are absolutely no pests in this building. The holes in the roof are continuing to be patched. We are in the rainy season, unfortunately, so we have to wait until after the rainy season to get an entire new roof," Seidel said.

But our ABC Action News camera also saw other parts of the building deteriorating and in disrepair with holes in the side walls, broken fences, rat bait stations wide open, loose cinder-blocks holding down equipment on top of the roof and other kitchen equipment including pan racks, storage racks along with buckets of used oil stored outside which can attract more pests.

But rodents weren't the only issue, according to the Department of Agriculture's inspection reports.

Inspectors found food at dangerous temperatures which included: Deli salads between 52-54 degrees, bowls of cut fruit at 53 degrees, deli sandwiches between 52-55 degrees, and flan at 55 degrees.

All cold food should be 41 degrees or below but the cooler was not working properly and maintaining that temperature.

"There was an issue with a temperature gauge and as well the compressor was found to be weaker in that area. So it was completely replaced," Seidel explained.

Other serious violations written up?

A 'stop use order' on the ice maker due to unsanitary conditions with a build up of a black mold-like substance.

Slime and mold were on the walls, ceiling tiles were missing and flies were seen in several areas including the catering room.

The state wrote up raw chicken stored above raw pork in the walk in cooler, a cross contamination issue.

Seidel says extra measures are now in place to oversee the bakery's daily operations so this doesn't happen again.

"Alessi for 100 years has dedicated themselves to quality here in the bay area and we are absolutely wanting the public to know that that dedication continues," Seidel said.

The state did lift the 'stop use order' on Alessi's kitchen equipment within 24 hours after putting it in place.

But a re-inspection on the entire bakery is still expected within the next week.

Meanwhile, Ryan pulled Alessi's state inspections from 2015 and 2016, finding that the bakery had been warned several times about a rodent problem and failed inspections before this year.

And Alessi failed two other inspections in 2016 on April 25 and June 30 due to a rodent infestation in the back kitchen, processing area and receiving area with rodent droppings throughout.