Bar Louie briefly shut down by state for roaches and 100 lbs. of food stored at 'improper temperatures' 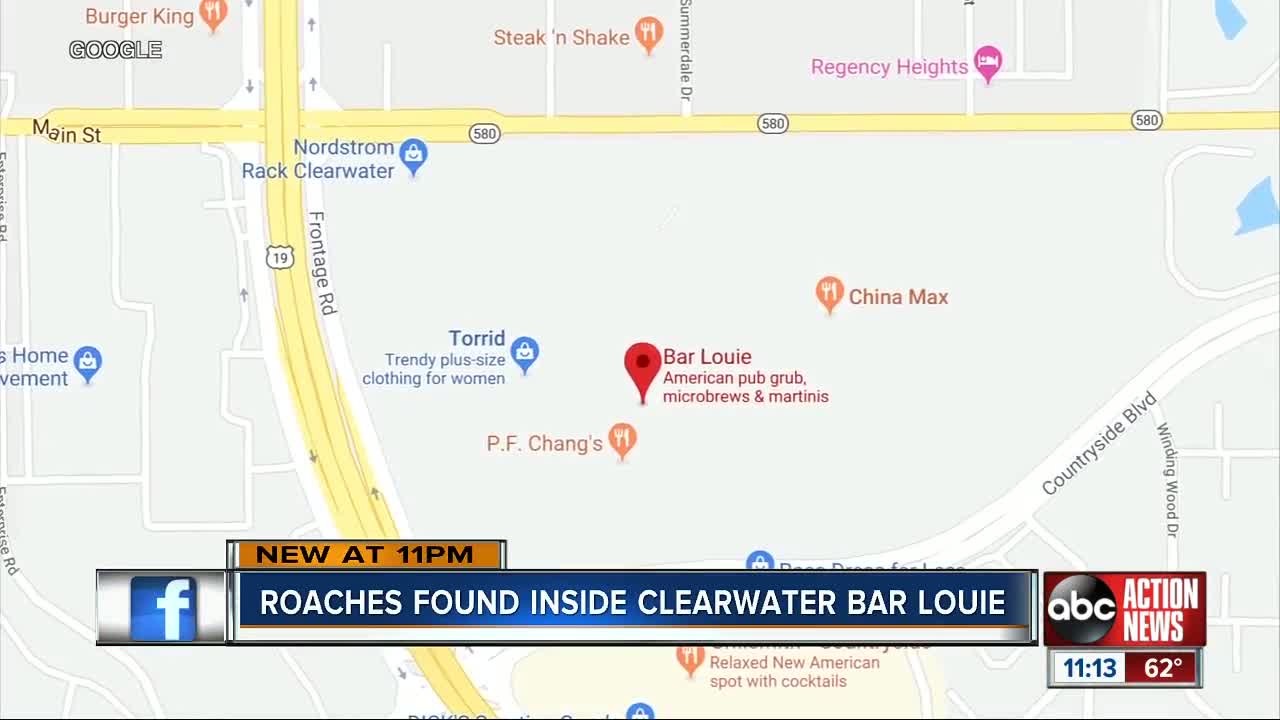 The restaurant shut down for almost five hours on Monday, November 4 after state inspectors found live roaches in the kitchen and food at dangerous temperatures.

CLEARWATER, Fla. -- If you're a fan of Bar Louie, you may have found one of its locations in Clearwater had to briefly close its doors.

The restaurant shut down for almost five hours on Monday, November 4 after state inspectors found live roaches in the kitchen and food at dangerous temperatures.

Last week, inspectors discovered Bar Louie at 27001 U.S. 19 North #1065 in Clearwater had over 20 live and dead roaches near the cook's line, coolers and fryers inside the kitchen.

The state also found over 100 pounds of food at improper temperatures due to the cooler getting turned off overnight.

Inspectors issued a stop sale for several food items after finding them much greater than 41°F and an immediate danger to the public's safety.

And a few months before that, Bar Louie's inspection included 16 violations.

According to the inspection report from March, the state found sauce with hair in it that had to be discarded.

And more food temperature problems, including raw chicken at too warm a temperature in the cooler.

Inspectors also issued a stop sale on a few gallons of milk because they were all expired by a few weeks and had to be discarded.

Flies were seen in the bar, restroom and ice area of the kitchen at that time too.

Bar Louie is deeply committed to meeting or exceeding all standards for food safety and public health. In addition to our team members’ ongoing efforts, we enlist an outside auditor, Ecosure, to perform regular, on-site evaluations. In response to the Health Department’s finding, we immediately closed the location, applied treatment, and reopened once we and the Health Department determined the issue was resolved.
We are working hard to ensure that Bar Louie is a great destination for the Clearwater community!