His student Alejandro, who has autism, doesn’t know much about cooking.

But together they are helping launch a new culinary program at Autism Shifts, a Tampa non-profit that is helping people with autism find paying jobs, like in the restaurant industry.

“They can repetitively do things that other people would find boring,” says the chef, who says they follow his instructions for making dishes with style and precision. “They’re doing this to a level that’s perfection.”

Around ninety percent of adults with autism are unemployed.

Alejandro, a student in his 20s from Venezuela, has been without a paying job for more than a year despite his innate skills at being a barista and now cooking.

“I want to depend less on the money from my parents,” says Alejandro.

Klauder is urging local restaurants, who would also be trained in working with people with autism, to take a chance on hiring his students. He knows fellow chefs would be more than happy with the results.

Alejandro’s talents with be on display this Saturday night at the Rally for Autism Food Truck Rally at the Yuengling Brewing Co. at 11111 N. 30th Street in Tampa.

The Rally is the kickoff event that hopes to raise $250,000 to begin a culinary program for people with autism. The event begins at 6:00 p.m. and includes tours of the brewery. 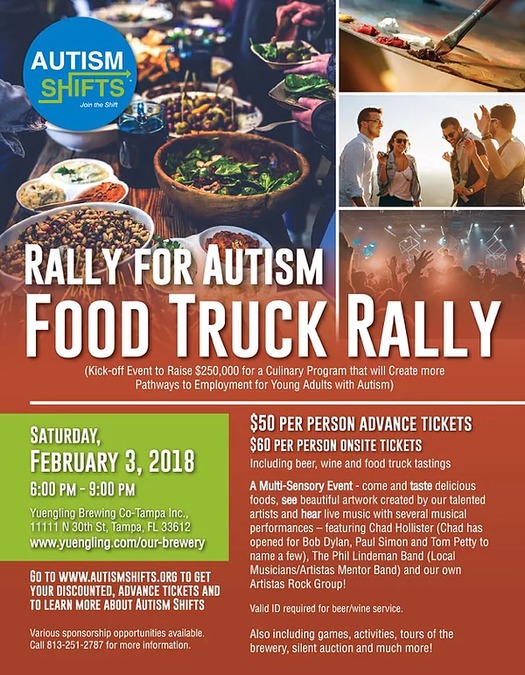