Things to do in Tampa Bay this weekend | December 8-10 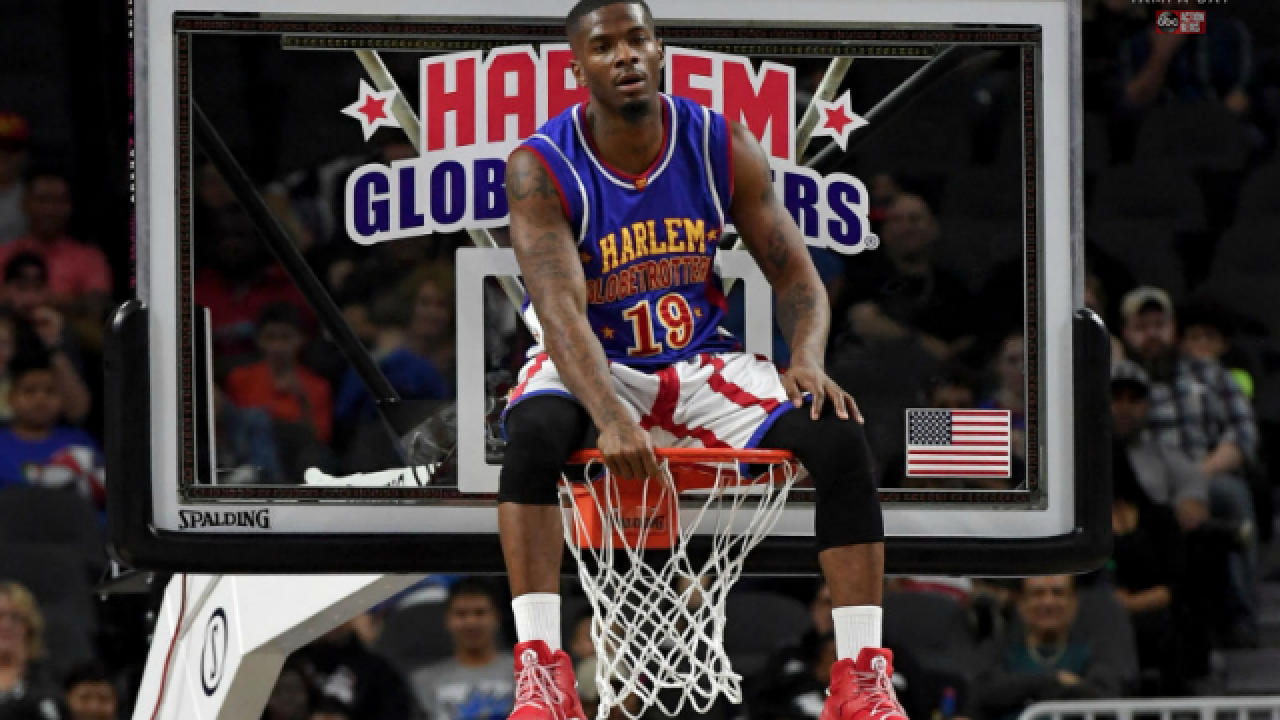 If you're looking for something fun to do this weekend (December 8-10), there's plenty of action happening around the Tampa Bay area.

When: 7 p.m.
Where: Amalie Arena at 401 Channelside Drive, Tampa
Cost: $23
Info: The worldwide icons synonymous with one-of-a-kind family entertainment – the Harlem Globetrotters will bring their show to Amalie Arena in Tampa on Friday, December 8 at 7 p.m. as part of their 2017 World Tour. The Globetrotters are continuing an epic 2017 season as they prepare to bring their awe-inspiring talents to Tampa. Every game will showcase incredible ball handling wizardry, rim-rattling dunks, trick shots, hilarious comedy and unequaled fan interaction. After the game, Globetrotter stars will sign autographs and take photos with fans.

Related: Check out these Christmas lights in Tampa Bay!

The Book of Mormon

When: 8 p.m.
Where: Straz Center at 1010 North Macinnes Place, Tampa
Cost: Click here for ticket information
Info: This outrageous musical comedy follows the misadventures of a mismatched pair of missionaries, sent halfway across the world to spread the Good Word. Now with standing room only productions in London, on Broadway, and across North America, The Book of Mormon has truly become an international sensation. The show runs through Sunday, December 10.

When: 8 p.m.
Where: Mahaffey Theater at
Cost: $39.50
Info: Pop boy band 98 Degrees, featuring Nick Lachey, Drew Lachey, Justin Jeffre and Jeff Timmons are about to heat up St. Petersburg this holiday season. 98 degrees is hitting the road to perform their new Christmas album, "Let It Snow."

Much Ado About Nothing

When: 8 p.m.
Where: American Stage Theatre Company at 163 3rd Street North, St. Petersburg
Cost: $39
Info: The original Rom-Com couple, Beatrice and Benedick, face off in a hilarious battle of wits in this American Stage take on Shakespeare’s famous romantic comedy about the war between the sexes. As World War II is drawing to a close, one woman rails against the roles expected of women of her era while one man is just returning home from the war and in no hurry to be tied down. Who needs love? Full of music and dance, and set against the backdrop of the Florida Keys’ bright sunshine, this exuberant and festive play reminds us that no one is immune when it comes to matters of the heart.

When: 9 a.m.
Where: Corey Avenue, Saint Pete Beach
Cost: Free
Info: Join Santa along this year’s Christmas parade route! The parade starts at St. Pete Beach City Hall (155 Corey Avenue) and heads west down Corey Avenue, south on Blind Pass Road, east on 73rd to Bay Street and back to City Hall. Santa will finish the parade route at the St. Pete Beach Library (365 73rd Avenue) to meet with all the Whos in Whoville. While at the library, enjoy Grinch themed crafts, face painting and light refreshments. An interactive holiday movie “The Grinch that Stole Christmas” will be shown at 11 a.m. Best parade viewing areas will be along Corey Ave and at the Library.

When: Pre-show at 6 p.m. | Parade at 7 p.m.
Where: East 7th Avenue, Ybor City
Cost: Free
Info: Ybor Collaborative is hosting its 7th Annual Snow on 7th Parade featuring 19 Marching Bands under a sky of snow! Join Tampa Mayor Bob Buckhorn and Santa Claus for this FREE family-friendly event on Saturday, December 9th. The pre-show will feature local children’s dance groups talent to get visitors into the holiday spirit. The Tampa Bay Pride Band will usher in the official start of the parade with Mayor Bob Buckhorn in the lead and the snow will begin to flow from the rooftops like magic in Florida. Marching bands from all over Hillsborough County will continue the holiday cheer with other special guests included. Santa and Mrs. Claus will signal the finale of this special holiday tradition.

When: 6 p.m.
Where: 2 Marina Plaza, Sarasota
Cost: Free
Info: The Annual Sarasota Christmas Boat Parade of Lights in Sarasota kicks off Saturday night! The crowd-pleasing parade started in 1986 and usually takes place the second Saturday evening of December. The boat parade starts from City Island. Get ready to get into the Christmas spirit!

When: 7 p.m.
Where: Amalie Arena at 401 Channelside Drive, Tampa
Cost: Click here for ticket information
Info: The Tampa Bay Lightning are taking on the Winnipeg Jets at Amalie Arena Saturday evening. The puck drops at 7 p.m.

When: 8 p.m.
Where: Capitol Theatre at 405 Cleveland Street, Clearwater
Cost: $54.50
Info: Returning to the historic Capitol Theatre after sold-out solo performances in 2015 and 2016, legendary singer-songwriter David Crosby is a 2-time Rock and Roll Hall of Famer, inducted as a member of both the iconic folk-rock band The Byrds — with whom he first rose to stardom — and the iconic Woodstock era-defining group Crosby, Stills & Nash. Crosby's biggest solo hits include Music is Love, Laughing and What's Broken.

FSU vs. Tulane at Amalie Arena

When: 12 p.m.
Where: Amalie Arena at 401 Channelside Drive, Tampa
Cost: Click here for ticket information
Info: The Florida State University Seminoles and Tulane Green Wave men’s basketball teams will square off in Tampa’s Amalie Arena on Sunday, December 10 as part of the Heritage Insurance Classic. The teams will tip off at 12:00 PM and the game will be broadcast on ESPNU.

Holiday Lights in the Gardens

When: November 24 - December 31 | 5:30 to 9:30 p.m.
Where: Florida Botanical Gardens at 12520 Ulmerton Road, Largo
Cost: $4 donation
Info: The annual "Holiday Lights in the Gardens" is a seasonal escape into a wonderland of twinkling lights and fun entertainment. Over 1 million LED lights shining throughout our Botanical Gardens highlighting our plants and in nature-themed or holiday-themed light displays. This is a family-friendly event with nightly entertainment, including visits with Santa. Refreshments are available, as well as Holiday-themed gifts at the Botanical Bounty Gift Shop. The event begins at 5:30 p.m. and a $4 suggested donation is encouraged for entry.