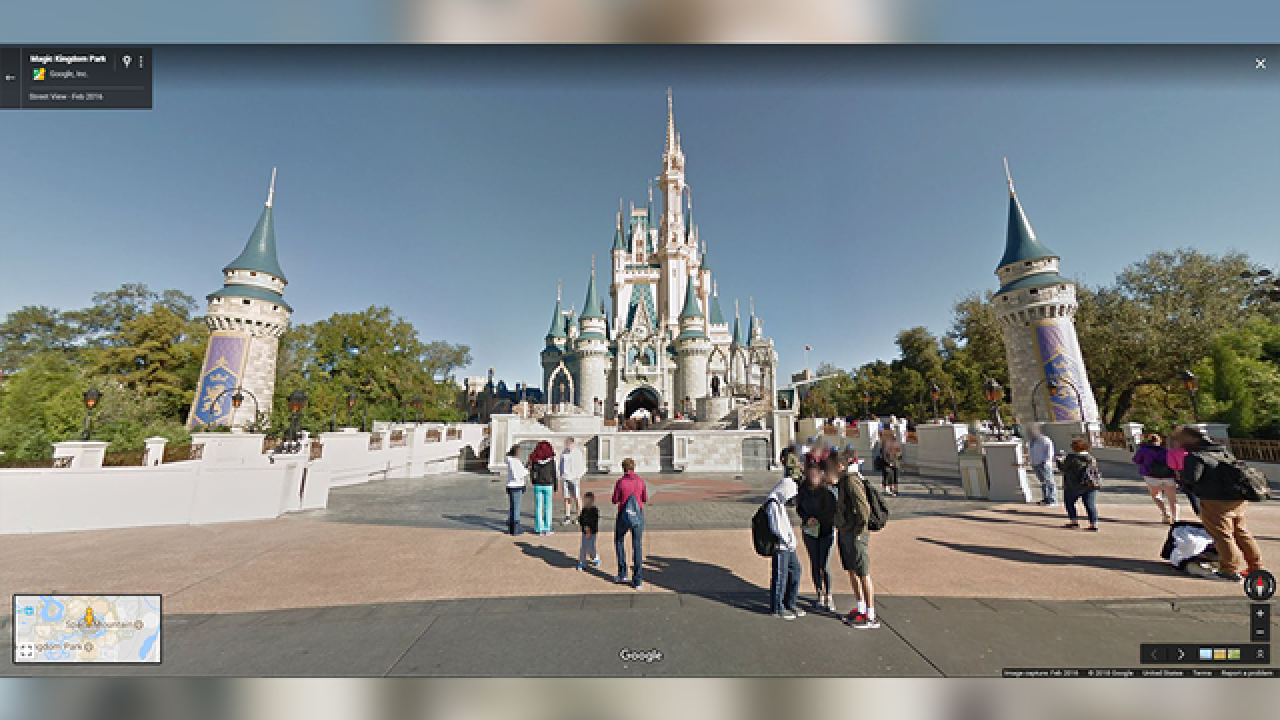 ORLANDO, Fla. — If you've ever wished you could take a magical stroll through Walt Disney World before your big trip, then it's your lucky day!

Google announced its Street View feature is "going the distance from California to Florida, to make Disney part of your world."

Starting Tuesday, March 6th, you can view the castles, rides and attractions of Disney Parks, including both Walt Disney World Resort and Disneyland Resort, on Google Maps.

According to the Disney Park Blog, "to create the 360-degree imagery at Disney Parks, Google used Street View Trekker, a wearable backpack with a camera system on top."

Here's a list of all the accessible parks on Street View:

Check out the Street View of Epcot in Orlando below: