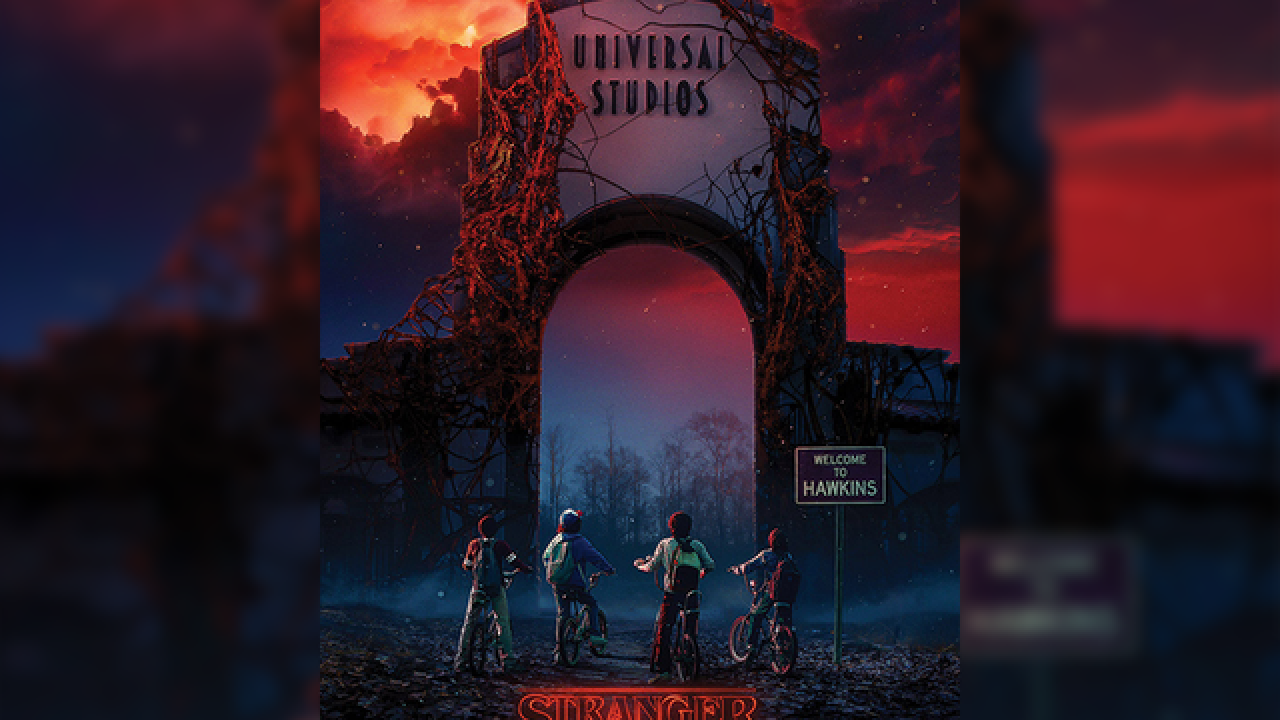 ORLANDO, Fla. - You won’t have to travel to Hawkins, Indiana, to visit the Upside Down.

Universal Studios in Orlando will bring the scary dimension from Netflix’s “Stranger Things” to their Halloween Horror Nights. The park will have a “Stranger Things” maze complete with a Demogorgon creature to terrify visitors from September through early November.

The “Stranger Things” maze is one of several haunted houses at the parks’ Halloween Horror Nights fright fests.

For the first time, the Orlando park will have 10 houses, several recalling slasher films or horror cinema from the 1980s. The houses will have themes of a dilapidated carnival, a decrepit drive-in movie theater, a house of zombies and one that’s a tribute to the cult horror film, “Trick ’r Treat.”