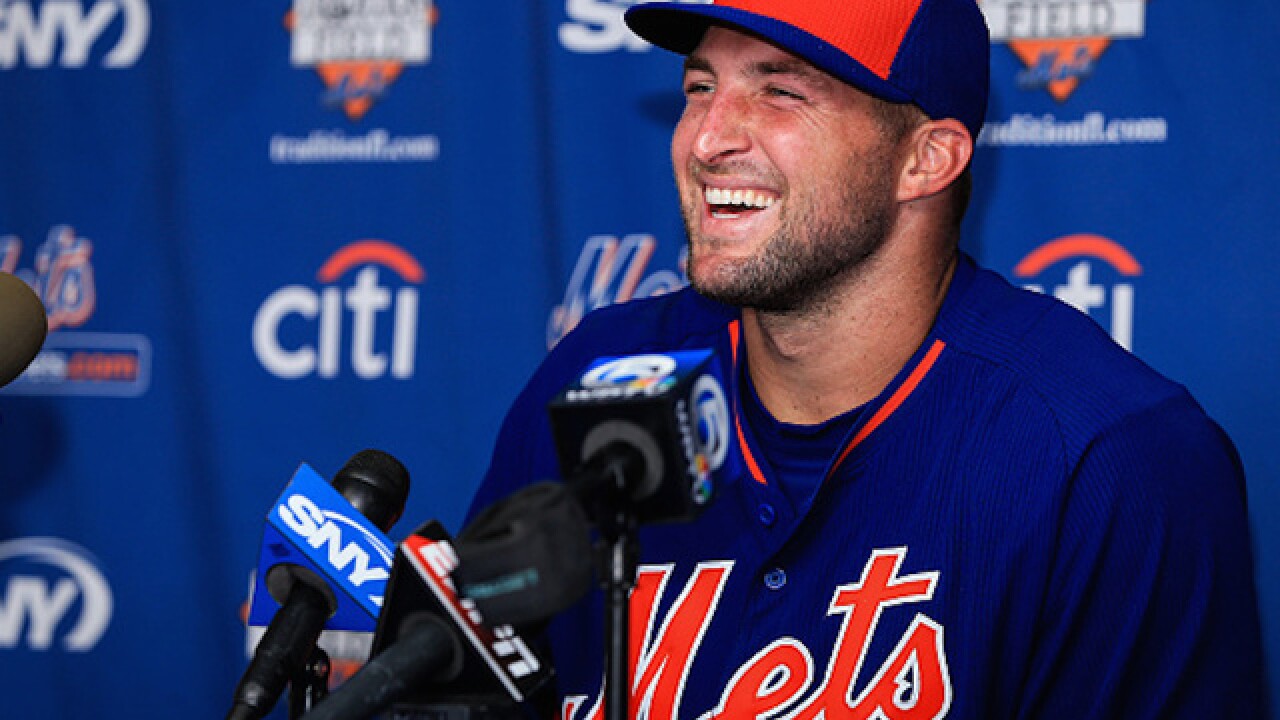 Rob Foldy
<p>PORT ST. LUCIE, FL - SEPTEMBER 20: Tim Tebow #15 of the New York Mets speaks at a press conference after a work out at an instructional league day at Tradition Field on September 20, 2016 in Port St. Lucie, Florida. (Photo by Rob Foldy/Getty Images)</p>

NEW YORK (AP) — Tim Tebow will be at spring training with the New York Mets for the fourth straight year.

The 32-year-old outfielder hit .163 in 77 games last season at Triple-A Syracuse in his second straight injury-shortened season. He did not play after July 21 because he cut his left hand while fielding a ball in the outfield.