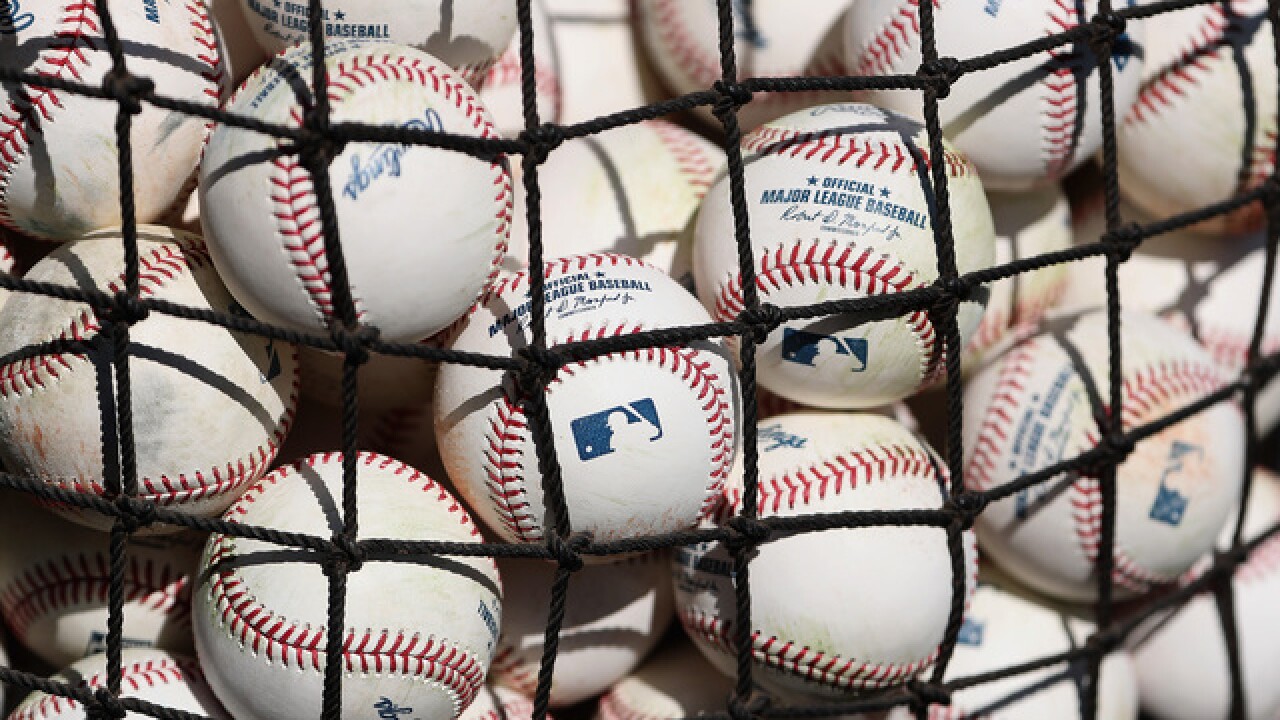 Shohei Ohtani has a starting assignment, and the Los Angeles Dodgers have a mess on their hands.

With the regular season set to begin Thursday, the Angels scheduled Ohtani to make his major league pitching debut Sunday in their fourth game at Oakland. The two-way sensation from Japan is expected to be Los Angeles’ designated hitter in at least one of the first three games, but manager Mike Scioscia said Tuesday night the team hadn’t decided on an opening-day lineup yet.

The 23-year-old Ohtani, who struggled in spring training, was told after the exhibition finale against the Dodgers that he’ll pitch Sunday.

“He’s gotten into the mid-80-pitch range and should be able to get over 90 if he’s throwing to his capabilities,” Scioscia said. “That’s plenty of pitches for him to get deep into the game. We’re going to take it one pitch at a time with all of our pitchers.”

Ohtani was supposed to get an at-bat or two Tuesday night but that didn’t happen because the game was called in the bottom of the fifth inning due to a foul-smelling leak that spilled sewage onto the Dodger Stadium field near the home dugout.

And with that, spring training 2018 came to a repugnant end in Los Angeles.

The game was called after a 32-minute delay, giving the Dodgers a 4-3 victory over their Los Angeles rivals. The water main leak left a brown mess pooling in foul territory as the grounds crew spread a drying agent and worked to clean up.

“I’m not going to tell you what it really was,” Dodgers outfielder Andrew Toles said. “It’s nasty.”

There was definitely an undeniable stench, according to players.

“I thought it was Gatorade or something coming from the stands. I don’t know. They said it was the sewer,” Toles said. “I smelled it. It was nasty, man.”

After about 10 minutes of waiting on the field, both teams returned to their respective dugouts. Umpire crew chief Gerry Davis announced the delay as officials tried to determine if it was a stadium or city issue.

“Apparently, there was a pipe backup on two different levels of the stadium,” Dodgers president and CEO Stan Kasten said. “We don’t know exactly where the backup was, or what caused it. It had something to do with a main pipe here, as well as main pipe outside the stadium.”

Kasten was unsure if the Dodgers would refund fans, but said officials would discuss the situation Wednesday.

“You can always say you’ve seen everything, but we haven’t seen something like that,” Scioscia said. “It’s unfortunate. We’re all winding down spring training. You want to finish strong. When you had a lake forming around the third base area that wasn’t going to stop, it’s just unfortunate.”

Both teams open the regular season Thursday, with the Dodgers hosting the rival San Francisco Giants and the Angels playing in Oakland — where leaking sewage at the old Coliseum has also posed a problem in recent years.

With one familiar swing, Vladimir Guerrero Jr. gave baseball fans in Montreal fond flashbacks to the days when his dad was among baseball’s best sluggers.

For their countrymen in Toronto, that mighty hack may have been a sneak peak at a promising future.

Guerrero hit a long home run with two outs in the ninth inning to lift Toronto over St. Louis at Olympic Stadium in Montreal, where his father played much of his Hall of Fame career. The 19-year-old son of Vladimir Guerrero hammered Jack Flaherty’s pitch over the wall in left-center to a huge roar from the 25,816 on hand.

Fans wearing Montreal Expos paraphernalia jumped and yelled in the stands. Guerrero — wearing his dad’s No. 27 — threw his helmet before leaping into a frenzied circle of teammates at home plate. One fan waved a Guerrero Expos jersey as he celebrated.

Guerrero’s dad posted cellphone video on Twitter of the home run taken from near the Blue Jays dugout, calling it (hashtag) priceless.

Guerrero Jr. was born in Montreal and was a regular at Olympic Stadium as a toddler, although he doesn’t remember much except for the ice cream machine in the Expos clubhouse. He is among baseball’s top prospects, but will open the season in Double-A

“These two days have been amazing for me,” he said through a translator. “It’s like a dream come true. Of course having that chance to help the team win is something I’m always going to remember.”

St. Louis starter Luke Weaver pitched three shutout innings and struck out four to finish the spring with a 0.55 ERA.

Chris Stratton pitched four-hit ball over five innings for San Francisco in the finale of the three-game Bay Bridge exhibition series. Joe Panik hit a leadoff triple and scored, and Austin Jackson had a two-run single.

Oakland left-hander A.J. Puk, a top pitching prospect, has an injured elbow and Dr. James Andrews is recommending Tommy John surgery. Puk is the second A’s starter diagnosed with a UCL injury this spring. Jharel Cotton had Tommy John surgery last Wednesday. Paul Blackburn is out with forearm tightness and is expected to miss the early part of the season, too.

Giants prospect Julian Fernandez was diagnosed with a UCL injury and is seeking a second opinion, but will join ace Madison Bumgarner (broken pinkie) and Jeff Samardzija (strained pectoral) on the disabled list to begin the season. The status of closer Mark Melancon (forearm surgery) for opening day is uncertain.

Christian Vazquez had two hits and two RBIs for Boston. No. 4 starter Hector Velazquez made his final tuneup, pitching four scoreless innings. Third baseman Rafael Devers, who left Monday’s game with a bruised right knee, is expected to be in the opening-day lineup Thursday against Tampa Bay.

Kris Bryant had two hits, including his first triple, for Chicago. Jose Quintana started for the Cubs, allowing just hits in three shutout innings. Boston led both exhibition leagues with a 22-9 record this spring.

Mike Napoli homered for Cleveland, and Trevor Bauer struck out seven over five innings of three-hit ball against his former team. The 36-year-old Napoli, a 12-year major league veteran with 267 career home runs, accepted a minor league assignment and will begin the season at Triple-A Columbus. Arizona starter Taijuan Walker allowed one run and four hits in five innings.

Dan Vogelbach hit his seventh homer for Seattle, a three-run shot. Ichiro Suzuki went 0 for 3 leading off and was hitless in 10 spring at-bats after rejoining the Mariners on March 7.

Chad Bettis pitched for the Rockies, allowing one run in three innings. Colorado announced that Jon Gray will start on opening day against Arizona, and top prospect Ryan McMahon will break camp with the big league club after hitting .319 this spring with two homers and nine RBIs.