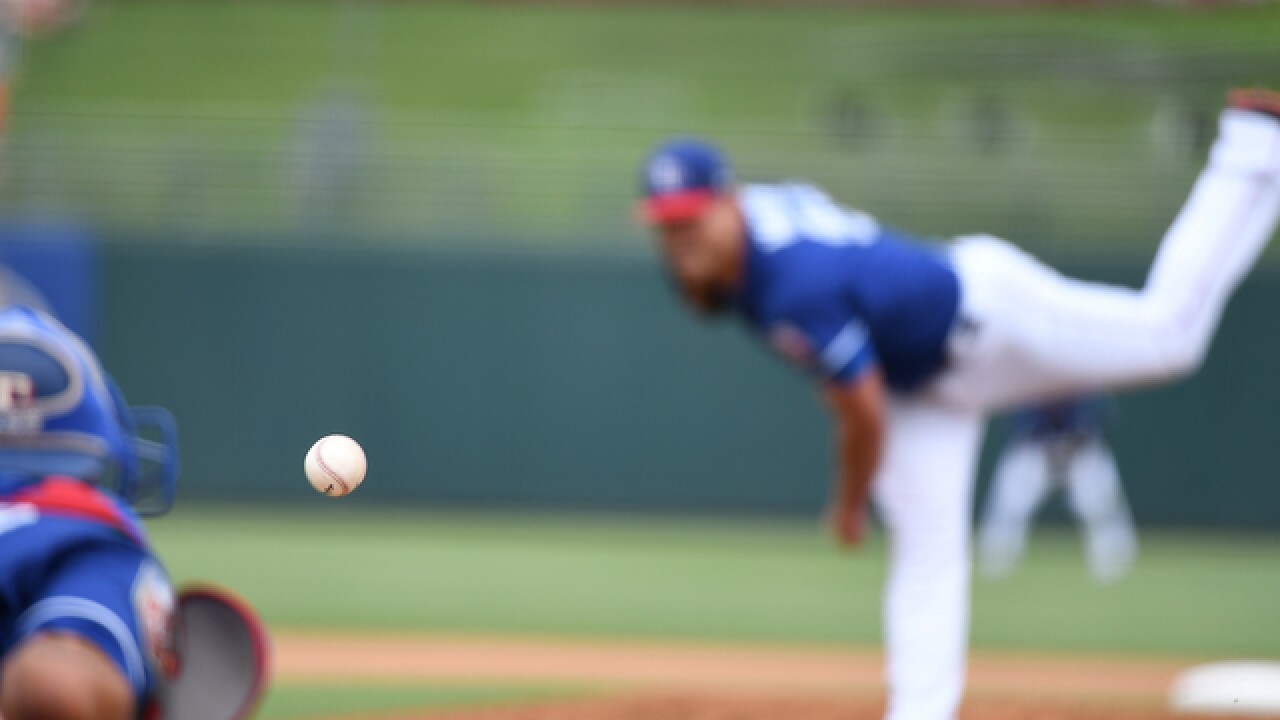 Copyright 2018 Scripps Media, Inc. All rights reserved. This material may not be published, broadcast, rewritten, or redistributed.
Norm Hall
<p>SURPRISE, AZ - MARCH 16: The baseball is seen as Matt Moore #55 of the Texas Rangers delivers a third inning pitch during a spring training game against the Seattle Mariners at Surprise Stadium on March 16, 2018 in Surprise, Arizona. (Photo by Norm Hall/Getty Images)</p>

The All-Star third baseman is expected to heal without surgery, manager Dave Roberts said Tuesday. No definitive word yet on how long Turner will be out.

Turner was injured Monday night when he was hit by a pitch from Oakland’s Kendall Graveman. The NL champion Dodgers open the regular season a week from Thursday.

Turner had cast over his wrist when he arrived at camp in the morning. He was scheduled to see a hand specialist.

Turner hit .322 with 21 homers and 71 RBIs last year. He had 14 RBIs in the postseason, including seven against the Chicago Cubs in the NL Championship Series, when he and teammate Chris Taylor shared the MVP award.

The Dodgers appear ready to move Logan Forsythe from second base to third in Turner’s absence and have Enrique Hernandez and Chase Utley share time at second.

Billy Hamilton hit a run-scoring triple and Scott Schebler went 2 for 2 with a sacrifice fly for Cincinnati, giving him 10 RBIs in his last five games. Schebler is batting .543 with 15 RBIs this spring.

San Diego newcomer Eric Hosmer was 2 for 3 with an RBI double, and Matt Szczur homered to tie it in the eighth.