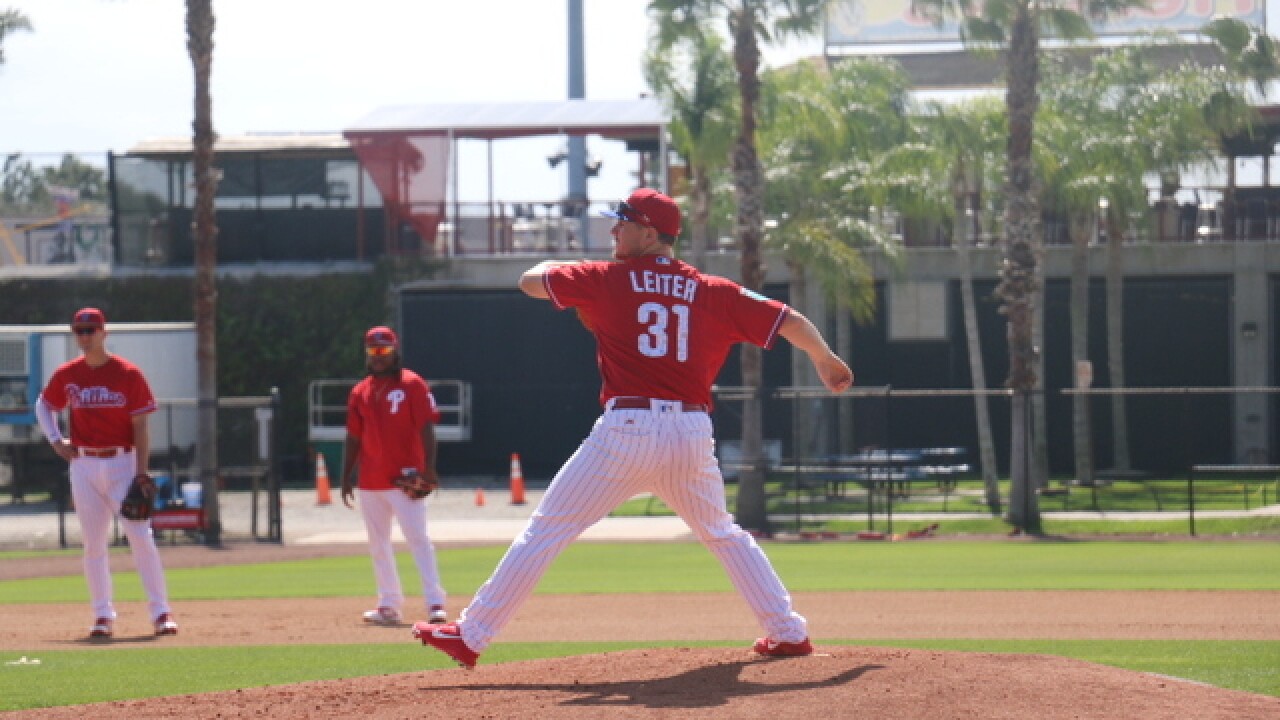 Colon filled up the strike zone Thursday in his spring training debut for Texas, a two-inning start against San Diego.

The portly right-hander gave up two hits, including a home run by Wil Myers, struck out Chase Headley looking and walked none. He threw 23 of 32 pitches for strikes, and his fastball was mostly in the mid-80s mph range.

Colon signed a minor league contract with Texas after going a combined 7-14 with a 6.48 ERA in 28 starts last season with Atlanta and Minnesota.

“I feel well and I’m throwing strikes,” he said. “I’m happy with the way I feel. All I need to do is keep working hard and then it’s up to them.”

Texas added Colon to see if he had anything left.

“He’s got deception, a great feel for a pitch and commanding the fastball and puts it where he wants to,” Rangers manager Jeff Banister said. “Day one, he walks out here for live BP and young, fresh hitters walk away scratching their heads. They don’t see it.”

AROUND THE GRAPEFRUIT AND CACTUS LEAGUES

Tampa Bay reliever Jonny Venters pitched his second scoreless inning of the spring. The 32-year-old lefty has been out of the majors since 2012 while recovering from three Tommy John surgeries. Baltimore prospect Ryan Mountcastle doubled in the go-ahead run.

Mets center fielder Michael Conforto celebrated his 25th birthday by hitting soft tosses in the batting cage for the first time since shoulder surgery in September.

A.J. Cole allowed two hits and struck out three in a two-inning scoreless start for Washington. Nick Markakis went 2 for 2 and scored for Atlanta.

Bryan Harper struck out two in a shutout inning for the Nationals. His younger brother, Nats star Bryce, had surgery to remove an ingrown toenail Wednesday and he is expected to return to the lineup Saturday.

Adam Wainwright gave up two hits and three walks but no runs in two innings in his first appearance for St. Louis. Marcell Ozuna homered for the Cardinals.

Adalberto Mejia, a front-runner for the back of Minnesota’s starting rotation, surrendered two runs on four hits in three innings.

Nicholas Castellanos hit his second spring homer and Victor Martinez had his first for Detroit. Ronald Acuna Jr. had two hits for Atlanta.

Jorge Soler swatted his third home run of the spring as Kansas City rallied and improved to 5-0, the only unbeaten team in the majors this spring. Seattle starter Mike Leake struck out four innings in three scoreless innings. Robinson Cano and Kyle Seager each had two hits for the Mariners.

DJ LeMahieu had two hits for Colorado. Slimmed-up slugger Kyle Schwarber was 0 for 3 and struck out twice for Chicago.

Abraham Almonte drove in two runs for Cleveland. Los Angeles left fielder Matt Kemp went 1 for 3. Kemp, who played his first nine years for the Dodgers, is back with them after spending the past three seasons with San Diego and Atlanta.

Eugenio Suarez went 3 for 3 with a double and his replacement, Cliff Pennington, went 2 for 2 for Cincinnati. Reynaldo Lopez allowed one run on one hit and two walks in two innings for Chicago.

Khris Davis hit a grand slam, his second home run in as many days, for Oakland. Texas prospect Willie Calhoun had two hits, including a homer.