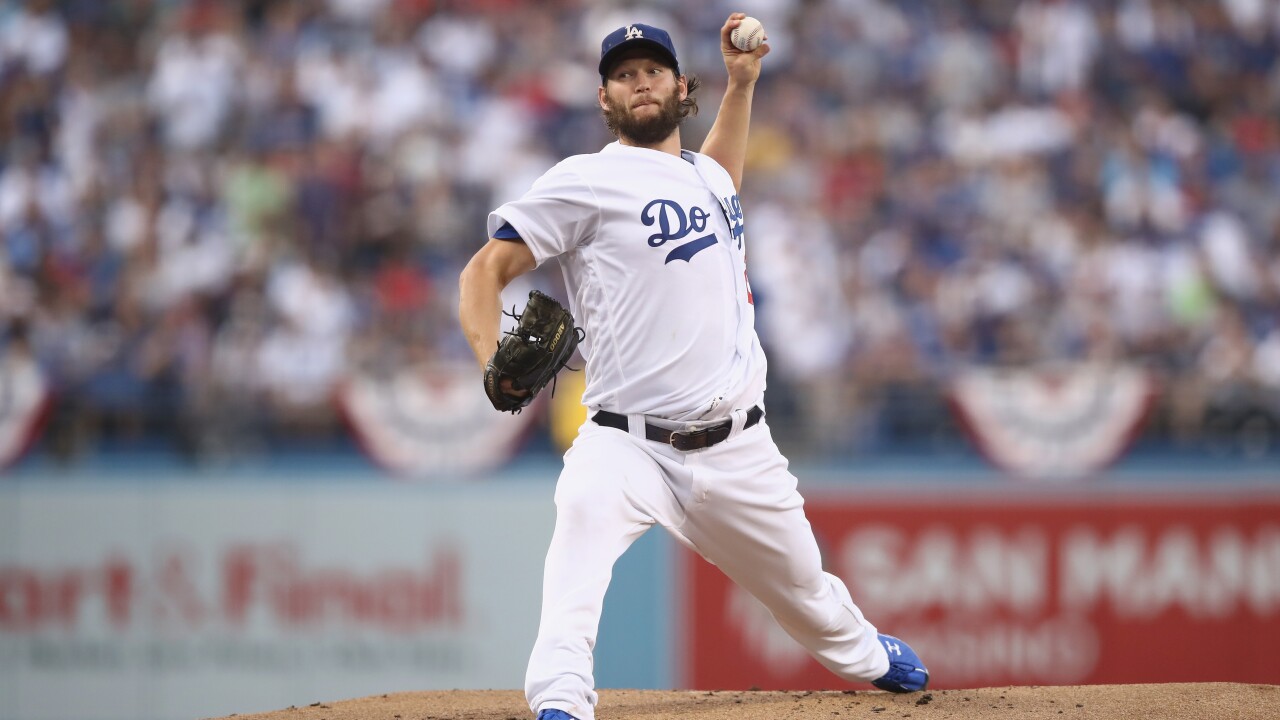 Clayton Kershaw has not yet been ruled out for opening day by the Los Angeles Dodgers despite all the time he's missed at spring training with a sore left shoulder.

Dodgers manager Dave Roberts said Wednesday that, for now at least, Kershaw remains scheduled to start March 28 for the two-time defending NL champions. However, that possibility seems unlikely based on the progress the three-time Cy Young Award winner would need to make in the next few weeks.

In other MLB news:

— Yankees ace Luis Severino expects to resume a throwing program in two weeks. Severino will miss his scheduled opening-day start on March 28 because of right-shoulder inflammation. He was scratched from his first planned spring-training start on Tuesday after feeling discomfort after throwing his first slider in a pregame bullpen session.

— Royals catcher Salvador Perez has undergone Tommy John surgery that will cause him to miss the upcoming season. The recovery time is usually about a year, meaning Perez could be back for opening day next season.

— Red Sox pitcher Steven Wright has been suspended for 80 games following a positive test for Human Growth Hormone. The suspension is the latest in a series of setbacks for the 34-year-old knuckleball pitcher. Wright accepted a 15-game suspension in spring training last year under Major League Baseball's domestic violence policy.

— Right-hander Bud Norris and the Blue Jays have finalized a minor league contract that puts him in their big league camp. The 34-year-old Norris had 47 saves over the past two seasons for the Angels and Cardinals. He went 3-6 with a 3.59 ERA and 28 saves in 64 appearances with St. Louis last year.