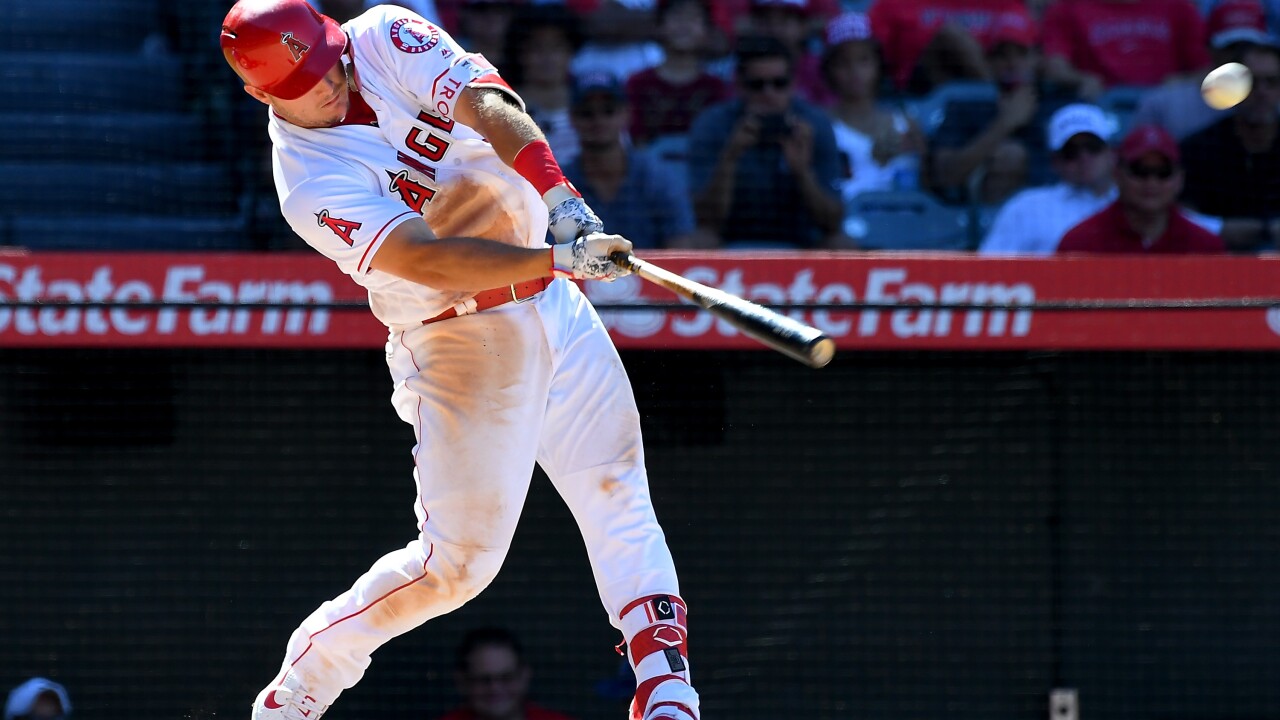 LOS ANGELES (AP) — A person familiar with the negotiations tells The Associated Press that Mike Trout and the Los Angeles Angels are close to finalizing a $432 million, 12-year contract that would shatter the record for the largest deal in North American sports history.

The deal was disclosed Tuesday by a person familiar with the negotiations.

Trout would top the new $330 million, 12-year contract between Bryce Harper and the Philadelphia Phillies, and his $36 million average annual value would surpass Zack Greinke's $34.4 million in a six-year deal with Arizona that started in 2016.

Progress toward an agreement was first reported by ESPN.

Trout's deal includes a signing bonus and would supersede the $144.5 million, six-year contract that had been set to pay him $66.5 million over the next two seasons.

The Tigers said Tuesday on Twitter that surgery to reconstruct the ulnar collateral ligament in the elbow has been recommended following an MRI exam and a second opinion from Dr. James Andrews.

Fulmer, who experienced elbow soreness during a recent bullpen session, will seek a third opinion.

Fulmer won AL Rookie of the Year honors in 2016 but has struggled to return to that form. He was 3-12 with a 4.69 ERA last year, his season cut short in mid-September because of knee problems.