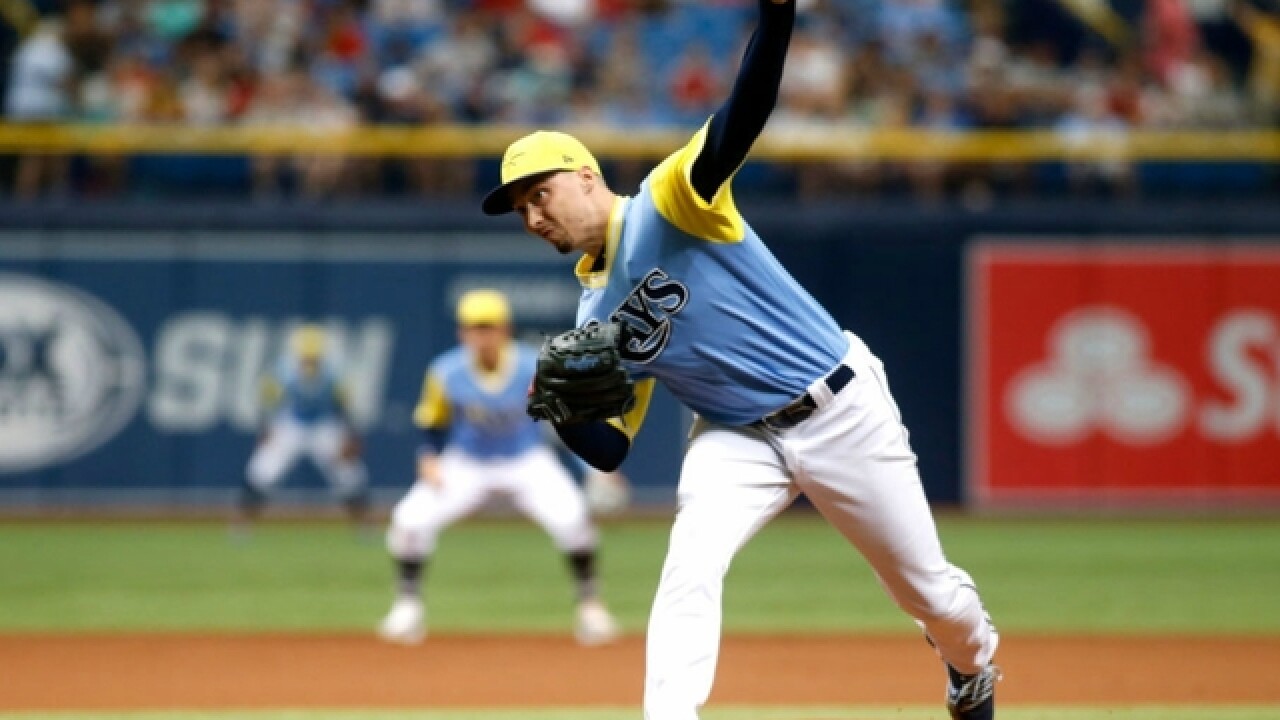 The budget-minded Tampa Bay Rays have renewed the contract of pitcher Blake Snell, who's receiving a raise of only $15,500 after winning the AL Cy Young award last season.

Snell who led the AL in victories after winning just 11 games combined over the previous two seasons.

—Highly touted Blue Jays prospect Vladimir Guerrero Jr. will miss the next three weeks because of a strained left oblique. The 19-year-old third baseman was hurt Friday in a spring training game against the Pittsburgh Pirates.

— Mariners third baseman Kyle Seager is awaiting MRI results after rolling over his left wrist during a spring training game. His X-rays were negative. It's unclear if the injury will risk Seager's status for Seattle's season-opening series in Japan.

— The last surviving daughter of Hall of Fame baseball slugger Babe Ruth has died. Julia Ruth Stevens was 102. Her family says she died Saturday at an assisted living facility in Henderson, Nevada, after a short illness.