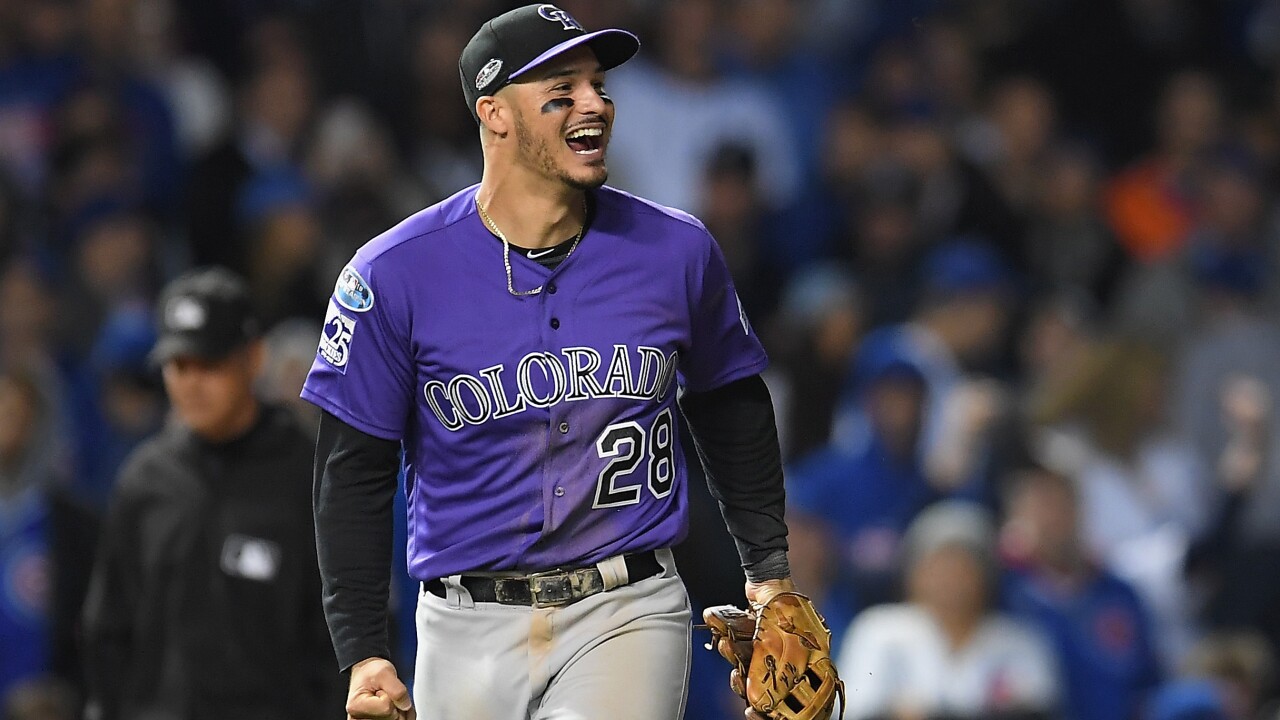 The Colorado Rockies will keep their top player for a few more years.

The team has announced the signing of All-Star third baseman Nolan Arenado (ar-eh-NAH'-doh) to an eight-year contract. A person familiar with the negotiations tells The Associated Press the deal is worth $260 million with an average value of $32.5 million. The agreement includes a provision that allows Arenado to opt out after three years and become a free agent.

The 27-year-old Arenado has been an All-Star and a top-10 MVP selection each of the last four seasons, and has won a Gold Glove each of his six big league seasons. He belted 38 home runs in 2018 to lead the National League for the third time in four years.

— The Cardinals and All-Star right-hander Miles Mikolas (MY'-koh-las) have agreed to a contract adding $68 million in guaranteed money from 2020-23. Mikolas was outstanding for the Redbirds last season, going 18-4 with a 2.83 ERA in 30 starts following a three-year stint with the Yomiuri Giants of the Japanese Central League. He would have been eligible for free agency after this year's World Series.

— Cardinals right-hander Carlos Martinez had a platelet rich plasma injection Monday to stimulate healing in his weak pitching shoulder and likely will not be in the starting rotation at the beginning of the season. Martinez has missed the past week of spring training, and the Redbirds say he won't throw for two weeks.

— Mets third baseman Todd Frazier injured his left oblique muscle and will return to New York for a cortisone injection. He's the second Mets infielder to get hurt at spring training after fellow infielder Jed Lowrie.

— Infielder Logan Forsythe has agreed to a minor league contract with the Rangers and will be at major league spring training. Chase d'Arnaud and Christian Lopes are also in camp on minor league deals, but both sidelined with strained oblique muscles.