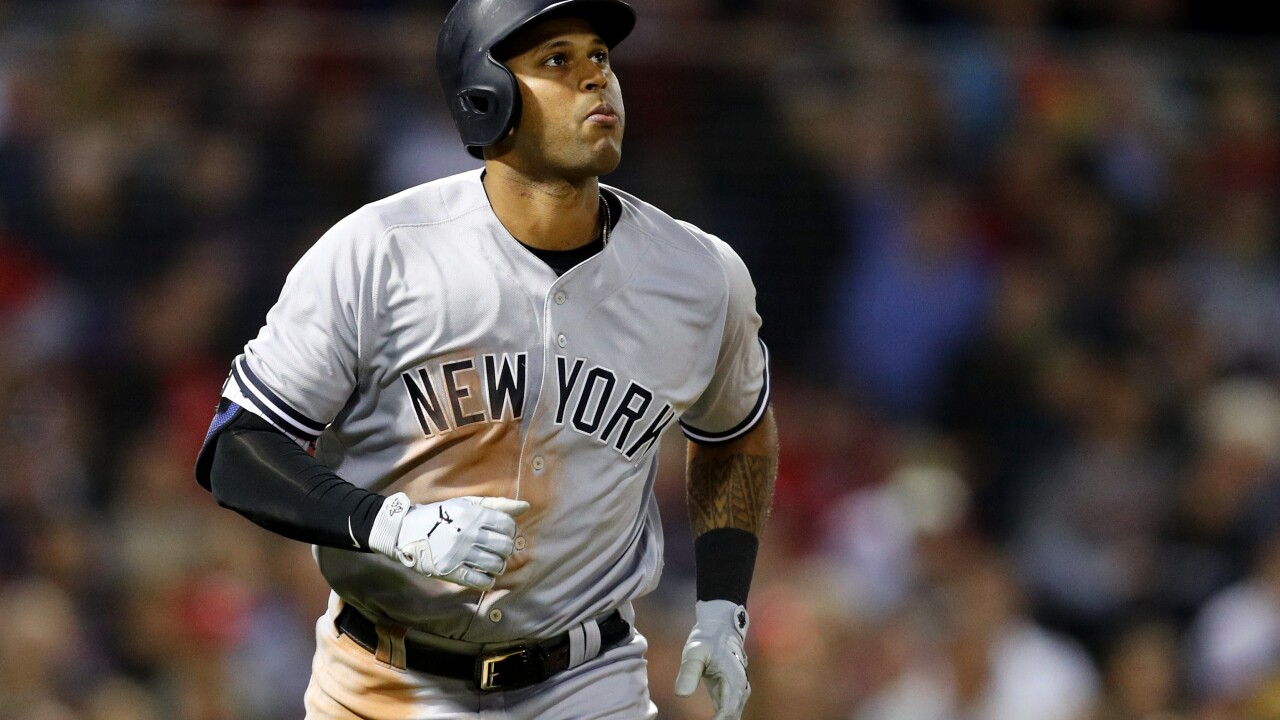 Aaron Hicks won't be among the major league free agents this fall.

The New York Yankees and the 29-year-old outfielder have worked out a seven-year, $70 million contract. The package adds six years and $64 million to the deal Hicks accepted on Jan. 11. The Yankees have a $12.5 million option for 2026 with a $1 million buyout.

Hicks took over as the Yankees primary center fielder last year and set career highs with 137 games, 27 homers and 79 RBIs.

— Bryce Harper met with the Los Angeles Dodgers over the weekend, a sign the market for the star free agent might be picking up as spring training enters its second full week. Dodgers manager Dave Roberts confirmed the meeting, saying it was "good" and a chance for the sides to "get to know each other." Roberts says the Dodgers were "vetting a certain process."

— The Rockies have agreed to a three-year contract extension with manager Bud Black through 2022 after he guided the team to back-to-back playoff appearances. The 61-year-old Black has posted a 178-147 record since being named Colorado's manager on Nov. 7, 2016. His .548 winning percentage is the best in franchise history