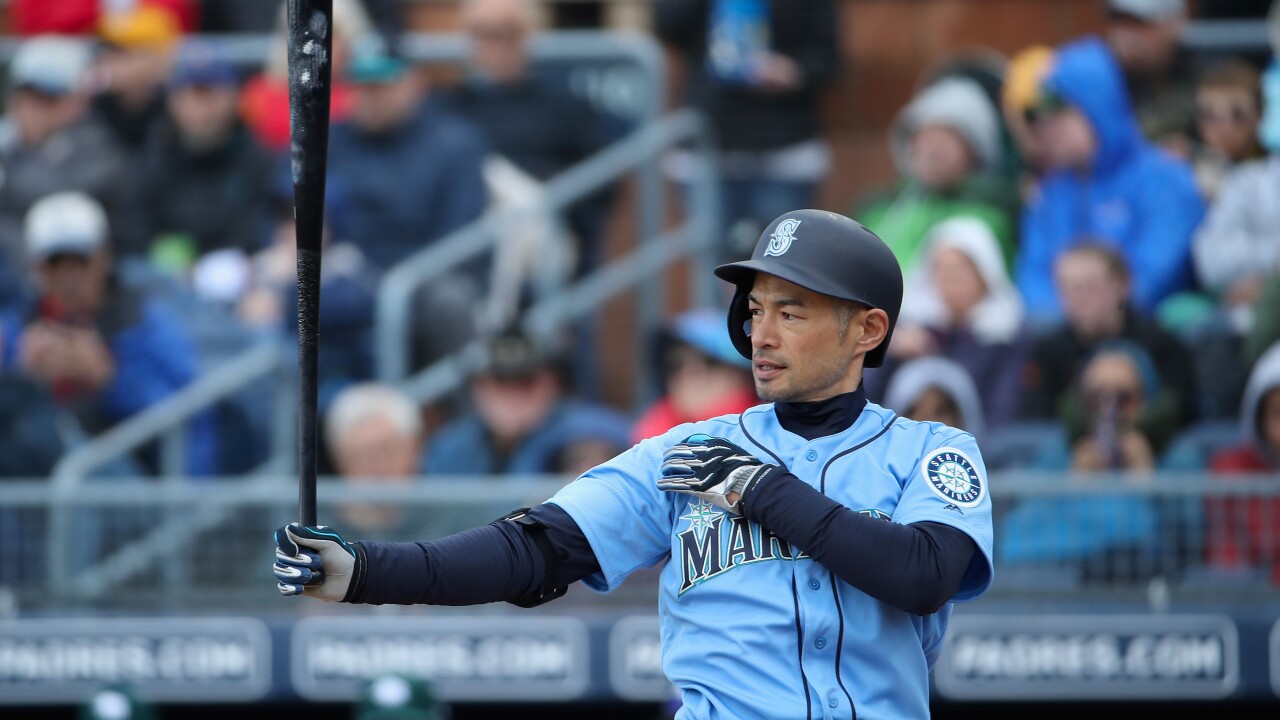 FORT MYERS, Fla. (AP) — The sun came out in Arizona. Free agents played for their new teams. Ichiro Suzuki was back in uniform at age 45.

A day after the scheduled exhibition opener was rained out, baseball returned to the ballparks of Florida and Arizona on Friday with the first spring training games.

The World Series champion Boston Red Sox began their hoped-for journey to a second straight title with a 6-0 victory over Northeastern University. The Phillies — still without Bryce Harper, at least for now — beat Tampa Bay 3-2. The Tigers topped Southeastern University of Florida 12-2. Seattle and Oakland were playing in Arizona.

"It's a good start to spring training," Red Sox manager Alex Cora said after dispatching the Huskies in the regularly scheduled seven innings in a tight 1 hour, 45 minutes, a day before the Grapefruit League opener against the New York Yankees. "It will be good to start playing" against major league teams.

Spring training has long been seen as the unofficial end to winter, but that was postponed when the Mariners and Athletics were rained out of their opener on Thursday. The teams, which got the early start in order to prepare for the regular season opener in Japan — were back at it on Friday.

Ichiro prepared with Mariners for his 19th major league season (to go with nine in the Japan). Many other big name stars sat out as they eased into the daily grind.

Harper was hoping for a similar deal, with the Phillies the favorites to sign him. But he remained among more than three dozen free agents who had not yet been signed, leading players to accuse teams of possible collusion. (The owners say they have simply are making judgments based on analytics.)

Here's a look around the ballparks on Friday:

—Bobby Dalbec hit a fly ball off the top of the fence in center field to give Boston the lead, and Jagger Rusconi and Tyler Dearden tripled for the Red Sox. Mike Shawaryn pitched two scoreless innings, striking out two, and Darwinzon Hernandez fanned three in two innings for Boston, which will face the New York Yankees in the Grapefruit League opener on Saturday.

—In Charlotte, Florida, Scott Kingery tripled and scored on a throwing error by shortstop Willy Adames, and Maikel Franco homered for the Phillies. Jason Coats homered to make it 3-2 in the sixth inning, three Philadelphia relievers pitched a scoreless inning of relief to close it out.

—In Lakeland, Florida, Jake Rogers, Daniel Pinero and Brandon Dixon homered, and Kyle Funkhouser struck out four in two innings for the Tigers.

The Red Sox held a moment of silence before the game for Boston Globe sports writer Nick Cafardo, who covered the team for most of three decades before he died on Thursday after collapsing at the ballpark. The team placed a dozen red roses at Cafardo's seat in the press box; the Baltimore Orioles sent five dozen donuts, along with their condolences.

In place of his usual pregame question and answer session with reporters, manager Alex Cora spoke for more than seven minutes about Cafardo and chose not to discuss any other topics.

Cora said he addressed the team in the morning and told them to enjoy the game — but understand it's just a game. He recalled how Cafardo enjoyed Game 3 of last fall's World Series, an 18-inning, 7 hour and 20 minute Los Angeles Dodgers victory.

"He loved the game," Cora said. "Let's just celebrate his life. Like I told the guys, just go out there and have a great day. ... Let's have a blast on the field."

"One of the great things about our game is the relationships that you get to forge," he said. "That's one of those that rocks our baseball community. ... It's certainly a tough day in our baseball family."