Another uphill climb for Marlins as Jeter era begins 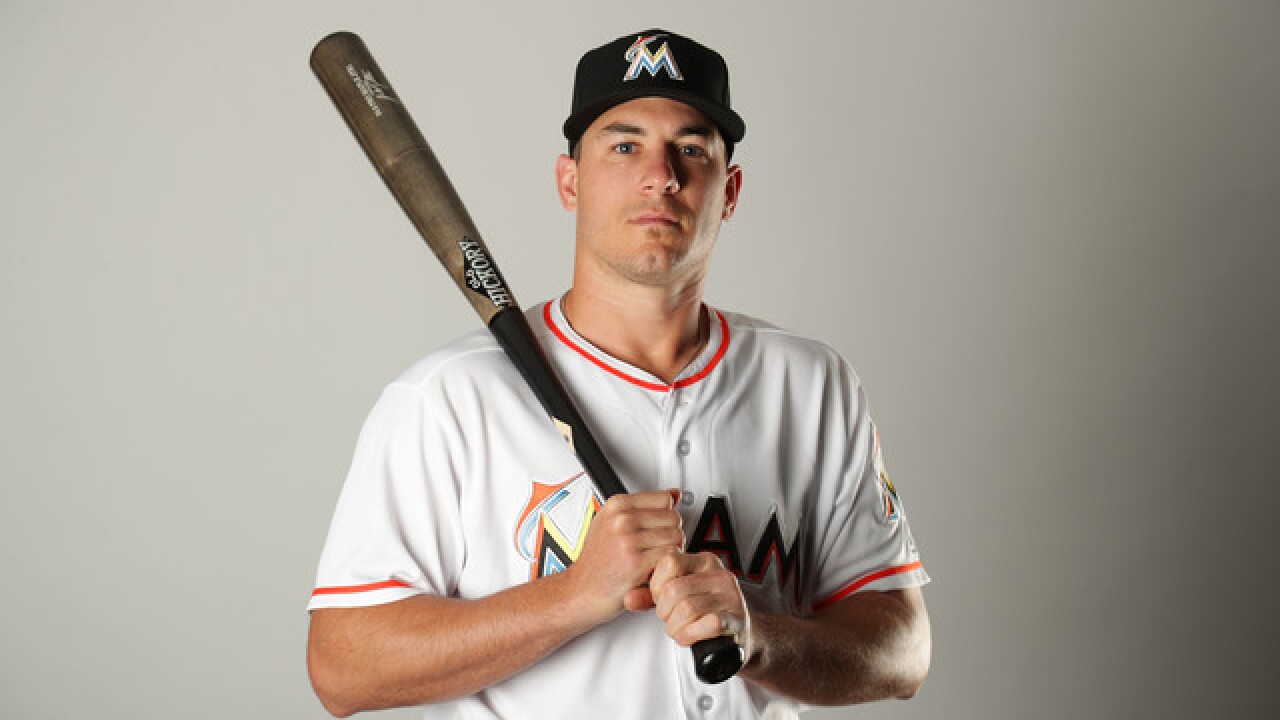 Copyright 2018 Scripps Media, Inc. All rights reserved. This material may not be published, broadcast, rewritten, or redistributed.
Streeter Lecka
<p>JUPITER, FL - FEBRUARY 22: J.T. Realmuto #11 of the Miami Marlins poses for a portrait at The Ballpark of the Palm Beaches on February 22, 2018 in Jupiter, Florida. (Photo by Streeter Lecka/Getty Images)</p>

MIAMI (AP) — As the 25th anniversary of the Marlins’ first game draws near, the franchise can look back on two World Series titles, a move into a new ballpark and eight seasons with prodigious slugger Giancarlo Stanton.

Yet in South Florida, the baseball team inspires either apathy or antipathy.

Yes, and even more so since Jeter’s ownership group bought the downtrodden franchise in October. The former Yankees captain and new Marlins CEO traded away half the starting lineup, including Stanton, acquiring a passel of prospects to replenish the farm system and also reducing payroll to ensure a profit despite perennially awful attendance.

“This team hasn’t been in the playoffs in 14 years,” Jeter says. “That’s the bottom line. And people weren’t coming here. We need to fix that. People may disagree with some of the moves that we’ve made, but we’re trying to fix something that has been broken.”

With the franchise’s latest reboot underway, here are things to know about the 2018 Marlins:

SHAKY ROTATION: Miami had 54 quality starts last year, tied for the fewest in the majors, and the rotation is even more unsettled now. Spring training began with three spots open behind Jose Urena and Dan Straily, and manager Don Mattingly will try to plug the holes with a mix of prospects and journeymen.

FARM SYSTEM: Though the roster is thin on talent, Marlins officials pledge they won’t risk bringing prospects to the majors prematurely.

“We want guys to be ready when they get to the big leagues,” president of baseball operations Michael Hill said. “In the past we’ve rushed guys, pushed them to the big leagues to be productive players. We’re going to give guys time to develop so that when they do get to Miami, they’re ready to step in.”

Case in point: the organization’s most promising young pitcher, 22-year-old right-hander Sandy Alcantara. He had a 3.95 ERA in four seasons in the St. Louis Cardinals’ minor league system and pitched well in spring training, but was sent to Triple-A New Orleans to start the season.

As a side benefit, keeping Alcantara in the minors until at least May will give the Marlins an extra year of contractual control.

RETURN ON INVESTMENT: The payroll is projected to be about $85 million, a 27 percent reduction from last year’s $117 million, when Miami went 77-85.

That includes $13.5 million for third baseman Martin Prado, $13 million for right-hander Edinson Volquez and $10 million for left-hander Wei-Yin Chen, and because of injuries, their collective contribution could be nothing.

Prado, 34, played in only 37 games last year and begins this season on the disabled list. Chen made only five starts last year because of a balky elbow, and it’s uncertain if or when he’ll pitch again. Volquez is recovering from reconstructive elbow surgery, won’t pitch this year and is no longer with the Marlins.

BEST CASE: Jeter says the success of his plan will depend on how many of the newly acquired youngsters succeed. The top new prospect is center fielder Lewis Brinson, who has 89 homers and 96 stolen bases in six minor league seasons. If he and Alcantara emerge, 2018 becomes a success for the Marlins, regardless of their record.

WORST CASE: Given the state of the starting pitching, a ninth consecutive losing season seems unavoidable. If the rotation becomes a season-long revolving door and all of the new prospects flop, the Marlins will likely top 100 losses for the first time in 20 years. Happy anniversary.