Saddle up for your first look of the new James Museum of Western & Wildlife Art museum in St. Pete 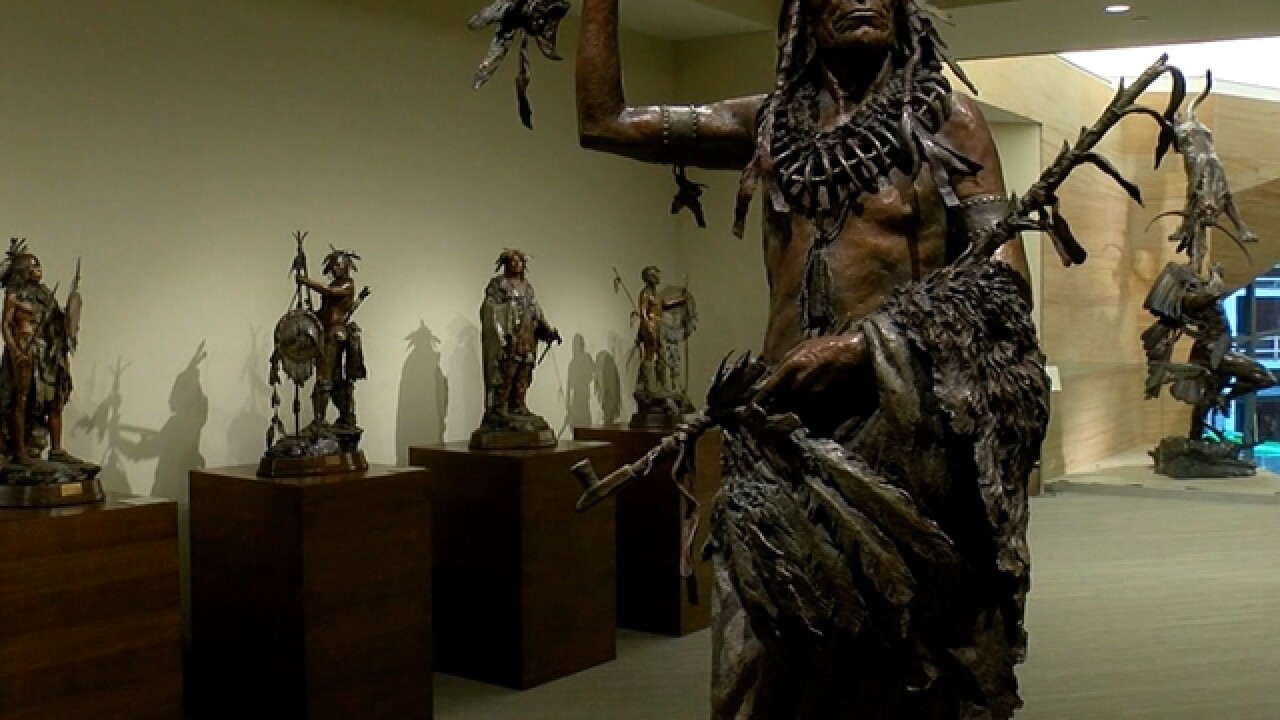 ST. PETERSBURG, Fla. -- A sandstone canyon emerged in the old home of Progress Energy on Central Avenue in downtown St. Pete. It is a really, really big one buckeroos.

This is the dramatic new home of the James Museum of Western & Wildlife Art, which is now having a soft opening.

The museum's grand opening is scheduled for April 28.

The huge two-story museum tells the story, both thrilling and stark, of the American West from the vantage point of Native Americans, cowboys and brave settlers.

The museum aims to transport you from the second you walk in the lobby and see a Native American rising a horse across a huge waterfall.

Bernice Chu, the museum’s founding director, says the main mission is to “revive passion” in the West again, no matter who you are. Such famed artists as Frederic Remington are represented, although much of the museum highlights modern artists.

For all the museum's serious themes, there is also a playfulness inside that will appeal to kids, especially in the gift shop with it sheriff badges and singing-cowboy guitars.

There is also a cafe catered by Datz and an antique bar salvaged from 1800s San Francisco. And yes, they serve sasparilla.

Tickets are $20 for adults and $10 for children. Kids six and under are free. You can receive ten dollars off a museum membership until April 29. For more information, visit thejamesmuseum.org.