The National Hockey League  released the schedule for the Lightning’s Eastern Conference Final matchup against the Capitals.

The Lightning-Capital series will then head to Washington on Tuesday and Thursday for Games 3 and 4, which both start at 8 p.m. 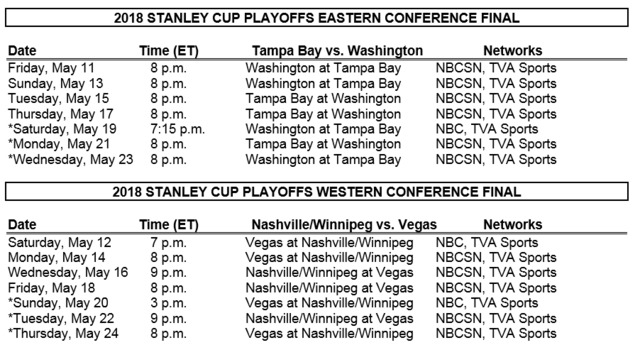