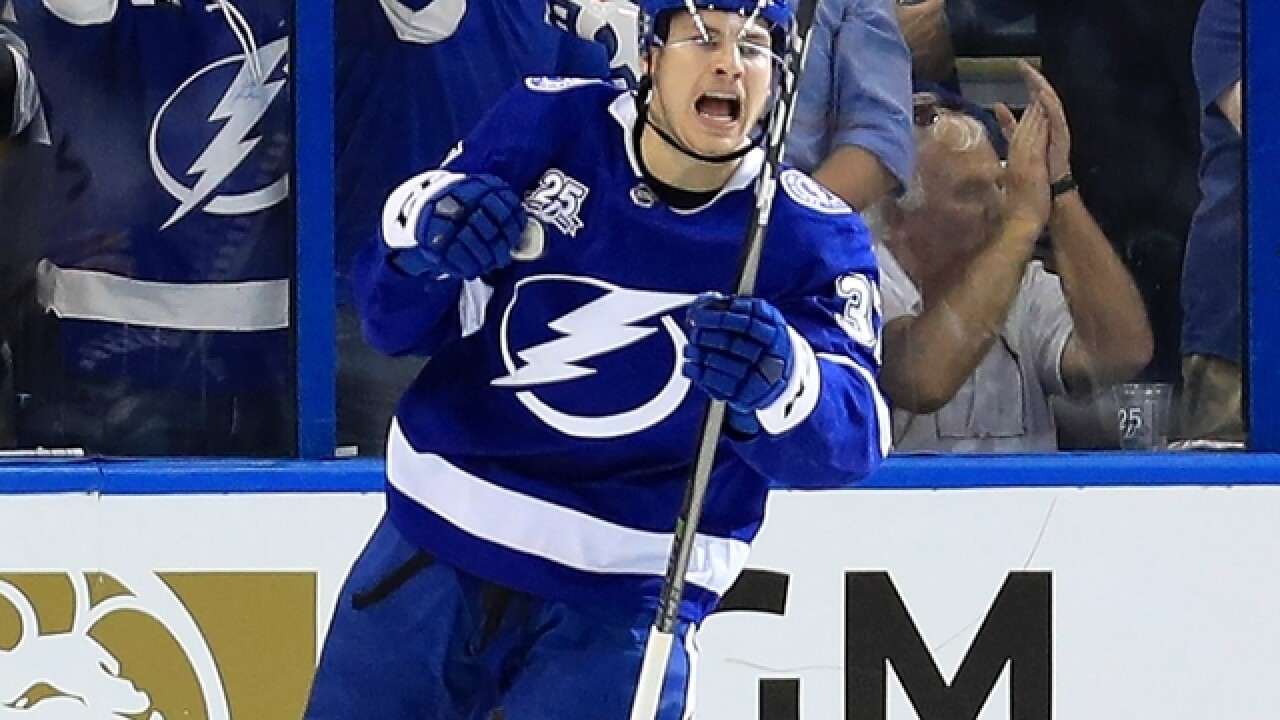 Image copyright 2018 Getty Images. All rights reserved. This material may not be published, broadcast, rewritten, or redistributed.
Mike Ehrmann/Getty Images
<p>TAMPA, FL: Yanni Gourde of the Tampa Bay Lightning celebrates a goal during Game Two of the Eastern Conference Second Round against the Boston Bruins during the 2018 NHL Stanley Cup Playoffs at Amalie Arena on April 30, 2018 in Tampa, Florida.</p>

There's no doubt the Tampa Bay Lightning's playoff run has been exciting so far. But for #37 Yanni Gourde, things just got a whole lot more exciting.

Between games two and three of the second round of the Stanley Cup Playoffs, Gourde, 26, became a father.

Emma Kate Gourde made her grand entrance to the world Tuesday.

His wife posted a photo on Instagram in November, teasing that the baby would be a hockey fan:

Of course our unborn baby girl needs her own jersey 💗 #itsagirl

Game 3 is Wednesday night in Boston, and while little Emma probably won't be there, we're betting she'll be cheering on the Bolts from home!