The Tampa Bay Lightning have announced playoff watch parties for Games 3 and 4 of the Eastern Conference Final.

The Bolts will travel to D.C. to take on the Washington Capitals in Games 3 and 4 on Tuesday and Thursday night.

Need a place to park? Check these options out: 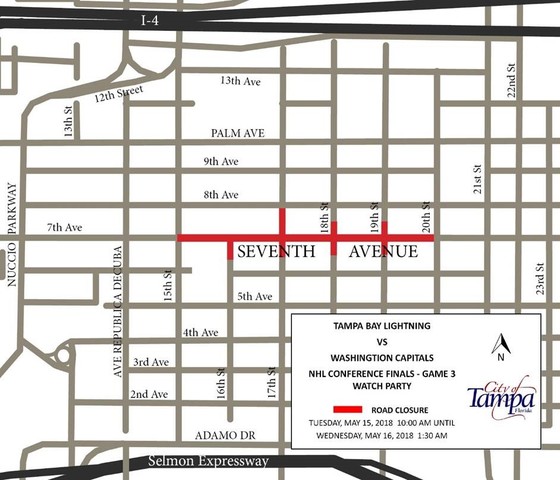 We’re coming for you, Ybor!

Join us on Tuesday in @centroybor as we shut down 7th Ave for #TBLvsWSH Game 3. #GoBolts pic.twitter.com/2mg4gMl0QD

Friday’s Game 4 watch party will start at 6 p.m. at Curtis Hixon Waterfront Park in Downtown Tampa. The puck will also drop at 8 p.m.

We’ll be back to rocking the park on Thursday!