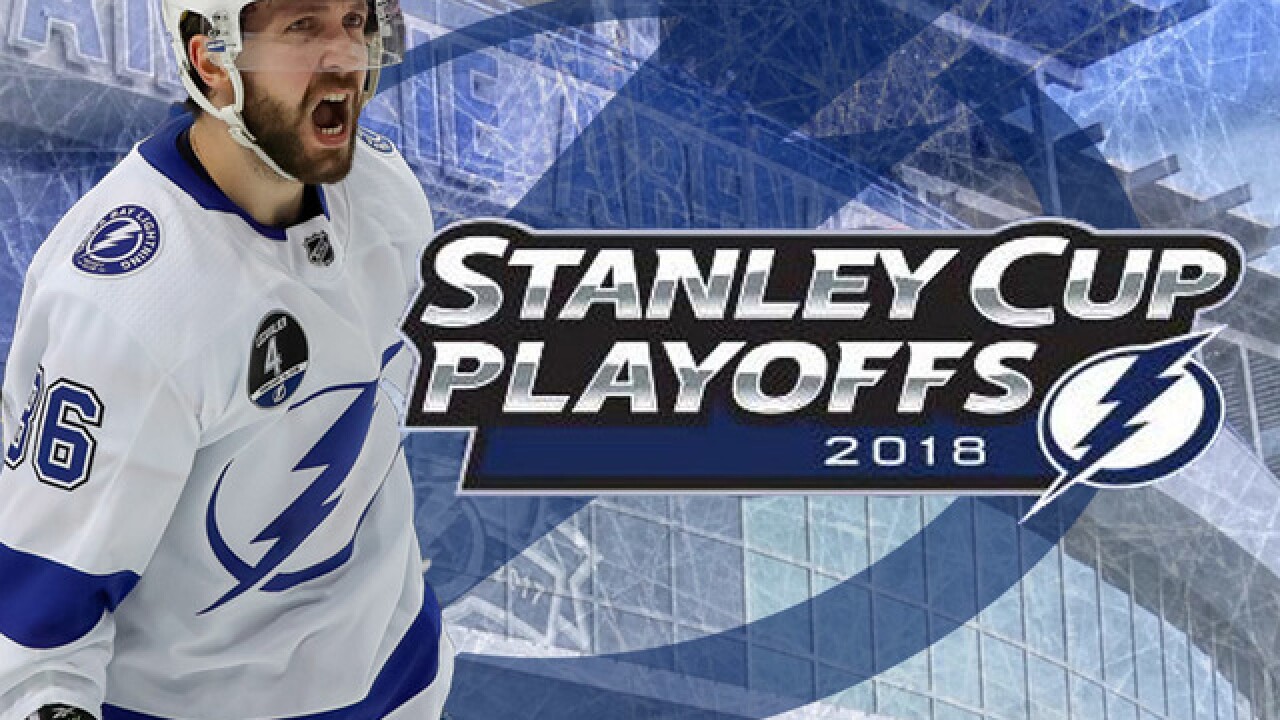 The 2018 Stanley Cup Playoffs begin this week, and there are deals, specials, and celebrations every day to get fans geared up for playoff hockey!

The Tampa Bay Lightning are the #1 overall seed in the Eastern Conference and the city has several events planned to build hype.

In partnership with Hillsborough County, fans are invited to join ThunderBug, Lightning Girls & Rolling Thunder for food trucks, live music, & free Lightning giveaways. With a $20 donation, fans can also prepare for their playoff beards with a trim as part of the Beard-a-thon Launch Shave Event in support of the National Pediatric Cancer Foundation (NPCF).

Join Tampa Mayor Bob Buckhorn and Dave Andreychuk from the Tampa Bay Lightning as they hoist a banner on the side of the Tampa Municipal Office Building in support of the Bolts in the first round of the Stanley Cup Playoffs.

Valid one per person.

Fans are encouraged to help fill Rolling Thunder with laundry supply donations in exchange for official Lightning playoff swag. There will also be a Lightning-themed mural painted by Pep Rally Inc. as part of the CLEAN campaign. Papa Johns and Publix to provide food for families.

Valid at all locations in the greater Tampa Bay, FL area while supplies last.

Fans can pick up more Lightning giveaways and hangout with the Lightning Girls while enjoying live broadcasts.

No purchase necessary. Valid only at participating Pinellas, Pasco, Polk, Hillsborough, Hernando, Sarasota and Manatee counties . Breakfast served until 10:30AM. Limit one per person. While supplies last.

Valid at all Tampa locations.

Pick up exclusive Lightning retail items that will only be available at the pop up shop location.