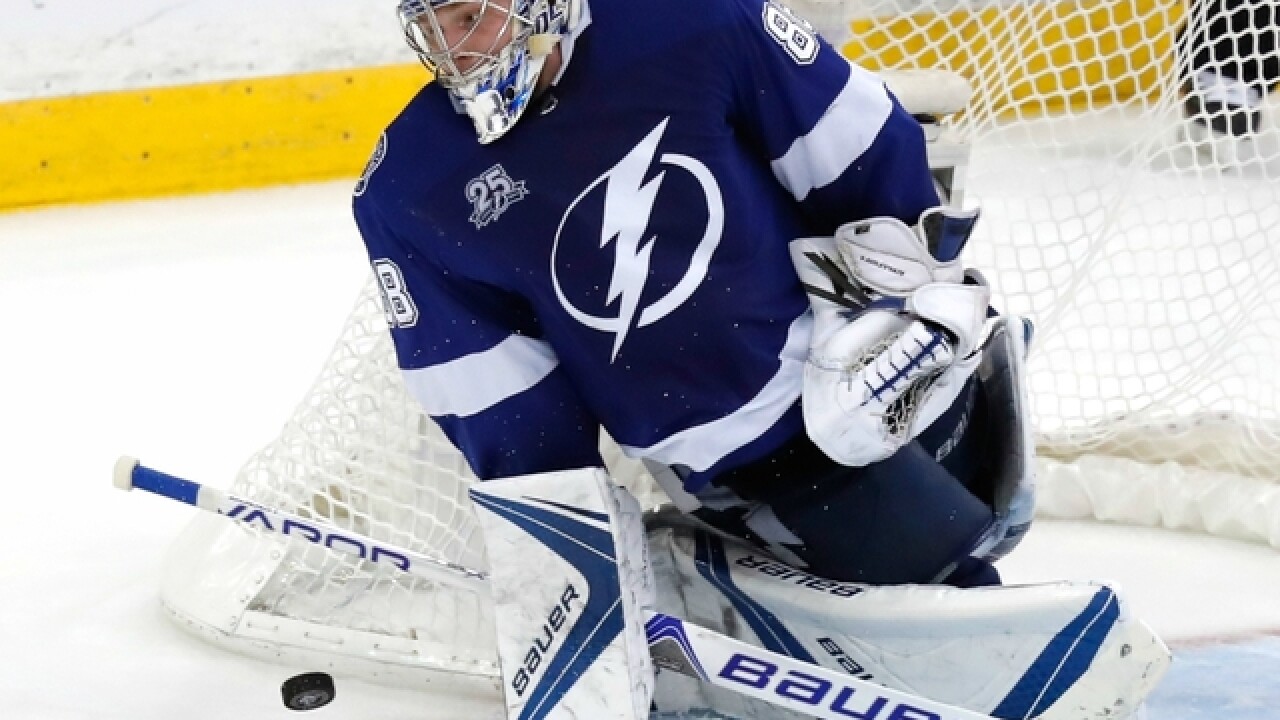 Image copyright 2018 Getty Images. All rights reserved. This material may not be published, broadcast, rewritten, or redistributed.
Mike Carlson/Getty Images
<p>TAMPA, FL: Andrei Vasilevskiy of the Tampa Bay Lightning makes a save against the Washington Capitals during the third period in Game Five of the Eastern Conference Finals during the 2018 NHL Stanley Cup Playoffs at Amalie Arena on May 19, 2018 in Tampa, Florida.</p> 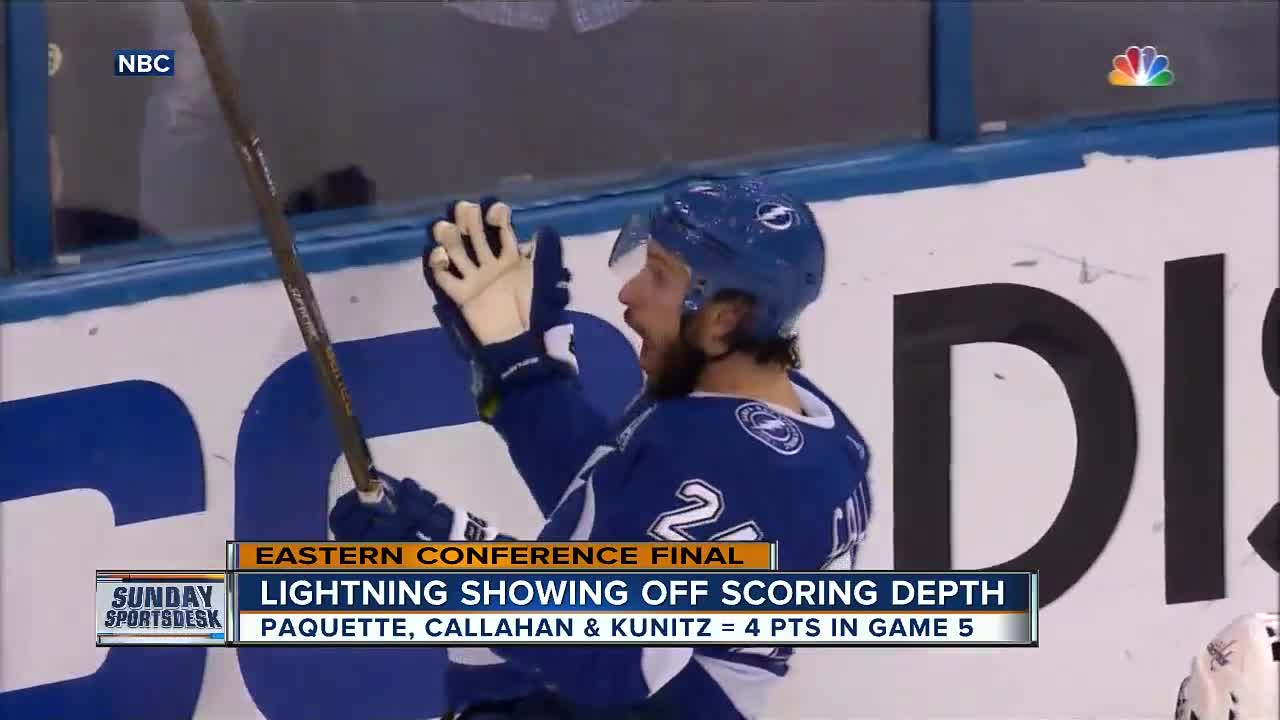 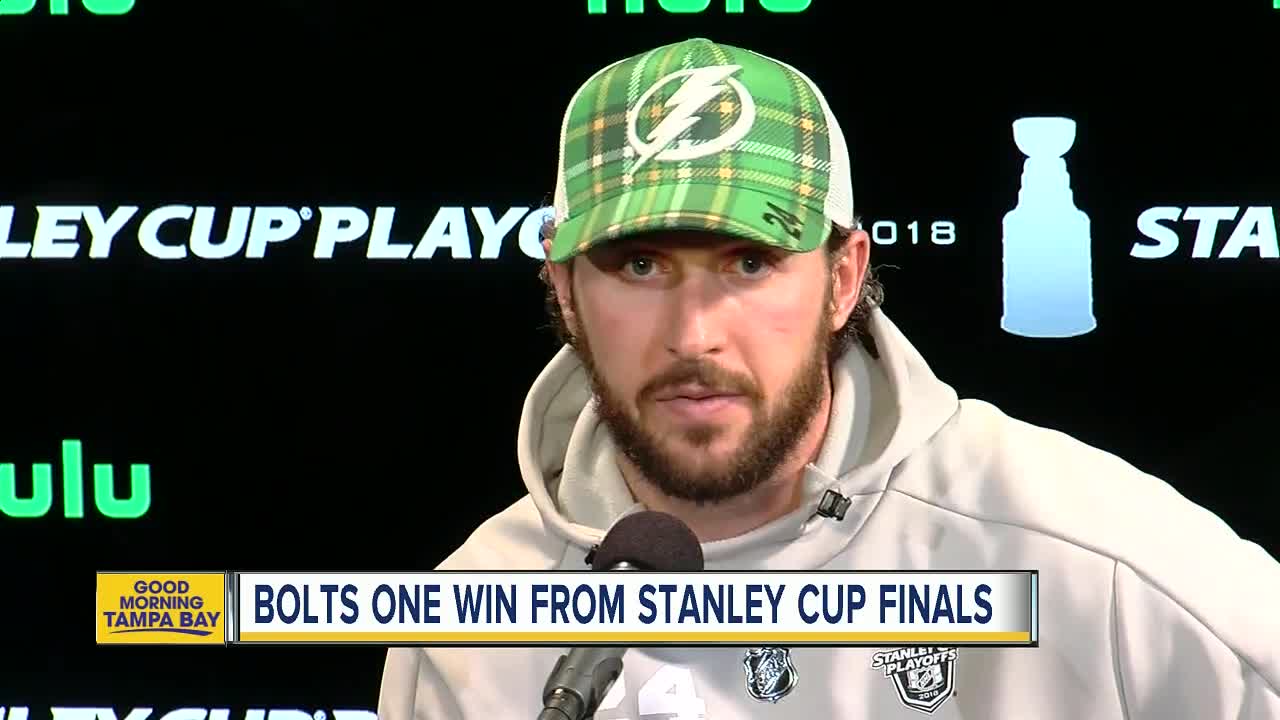 Two games and two losses brought plenty of criticism of the young Russian goaltender. Cooper wasn't thrilled about that.

"The questions were coming from the other side of the table, and I felt it was the questioning of Vasilevskiy," the Tampa Bay coach said. "We don't. He's been the guy for us."

Vasilevskiy is the guy who turned the series around for the Lightning, who now lead the Capitals 3-2 and can eliminate Washington on the road in Game 6 on Monday night and move on to the Stanley Cup Final against the Vegas Golden Knights. After a 6.00 goals-against average and .839 save percentage in Games 1 and 2, he has a 2.00 GAA and .943 save percentage since as the series' biggest difference-maker.

"Just tried to stay positive and play my game," Vasilevskiy said last week. "It's very important, especially in the playoffs. Good or bad game, doesn't matter. Turn the page, start over again and again. That's how you get success."

Vasilevskiy has found plenty of success this season, his first as a full-time NHL starter. The 23-year-old is a Vezina Trophy finalist after leading the league with 44 wins and eight shutouts.

But Vasilevskiy hasn't made it easy on himself. He rarely does.

Cooper saw it during the 2016-17 season when Vasilevskiy struggled during a stretch of 10 consecutive starts when Ben Bishop was hurt and then again late this season when a swoon by him and the entire team almost cost Tampa Bay the East's top seed. Vasilevskiy bounced back strong each time.

"His ability to be able to turn the page now and understand, `You know what there might be a tough night for you, but I'm going to go out the next night anyway and I've got to be there for my team,' -- I think that's where his growth process has really come in," Cooper said.

The same happened between Games 2 and 3 in this series. The shy Vasilevskiy who has been reluctant to do interviews told a pool reporter he didn't make any adjustments from his worst games against the Capitals to his best.

Somehow, he has looked like an entirely different goalie. Chants of "Vasy! Vasy!" filled Amalie Arena in Game 5 on Saturday night when he stopped 28 of 30 shots, and the highest praise was reserved for inside the Lightning's locker room.

"He's a world class goaltender, that's what he does," defenseman Braydon Coburn said. "He battles hard every day in practice all season long, and he's raised his game in the playoffs here."

No doubt his teammates have improved their play in front of Vasilevskiy, with defenseman Anton Stralman saying: "We always feel like we owe him." But against a star-studded Capitals team led by countrymen Alex Ovechkin and Evgeny Kuznetsov, Vasilevskiy had to raise his game to give Tampa Bay any chance.

Lightning captain Steven Stamkos said confidence in Vasilevskiy never wavered, and he has showed them on the ice evidence of what they've seen all season.

"He just expects a lot," Stamkos said. "You see his work ethic every day in practice. You guys don't get to see what goes on in the room, but his mental preparation, his physical preparation, he wants to be the best all the time. He doesn't want to give up a goal at all, including in practice. That's the mentality he has and that's why he's so good."

If the Capitals can crack Vasilevskiy like they did the first two times, there will be a Game 7 on Wednesday night at Tampa Bay. But they'd better figure that out and get an even better game from Braden Holtby because the Lightning are 11-0 in the playoffs when scoring three-plus goals.

That record is thanks to Vasilevskiy, who doesn't like cameras but loves playoff hockey.

"It's definitely a fun time," he said. "Lot of emotions. Different hockey. It's pretty fun to play. Just excitement level is pretty high. A different season."