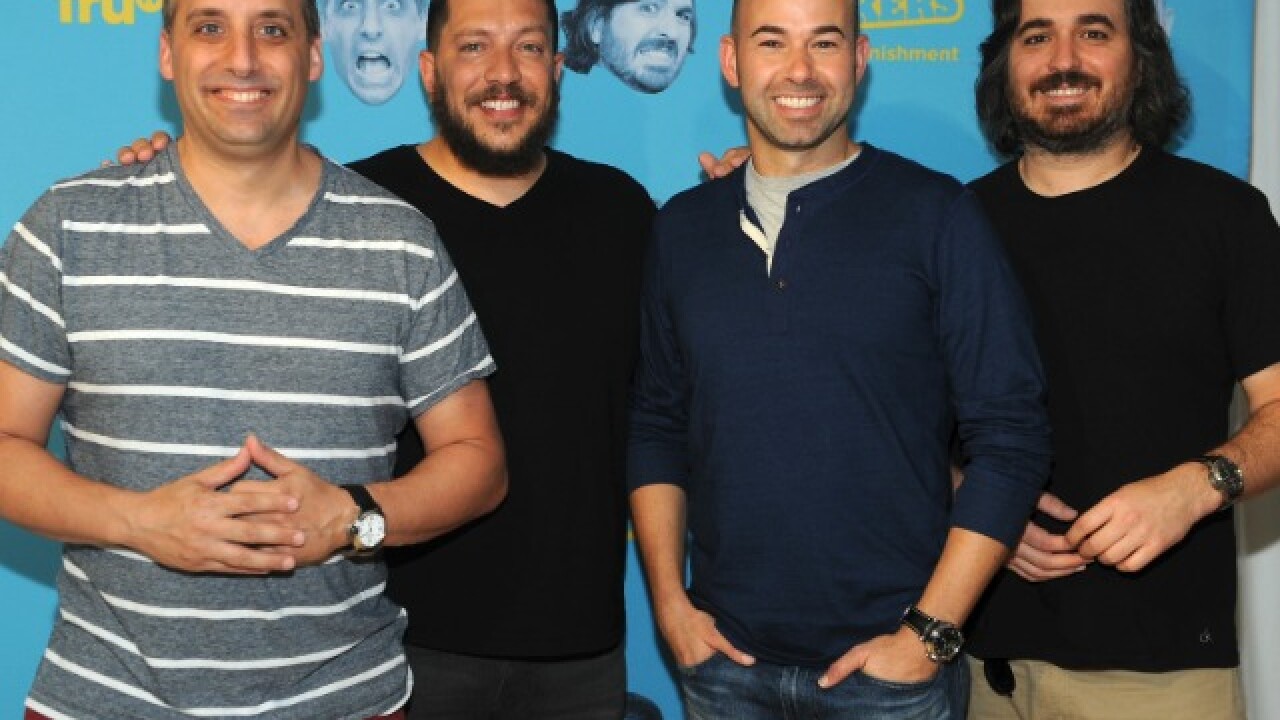 The Impractical Jokers are bringing The Cranjis McBasketball World Comedy Tour to Tampa!

The hit show on truTV features Joe Gatto, James Murray, Brian Quinn and Sal Vulcano as the guys coerce one another into doing public pranks while being filmed by hidden cameras.

Trust us, they're hilarious.

In addition to the top-rated television show, they tour to hundreds of thousands of fans in the US
and UK as the New York-based comedy troupe, The Tenderloins.

The Cranjis McBasketball World Tour is a combination of stand-up, secret hidden camera videos, and stories. The show is scheduled for Tuesday, February 5, 2019 at 7:30 p.m. at the Yuengling Center.