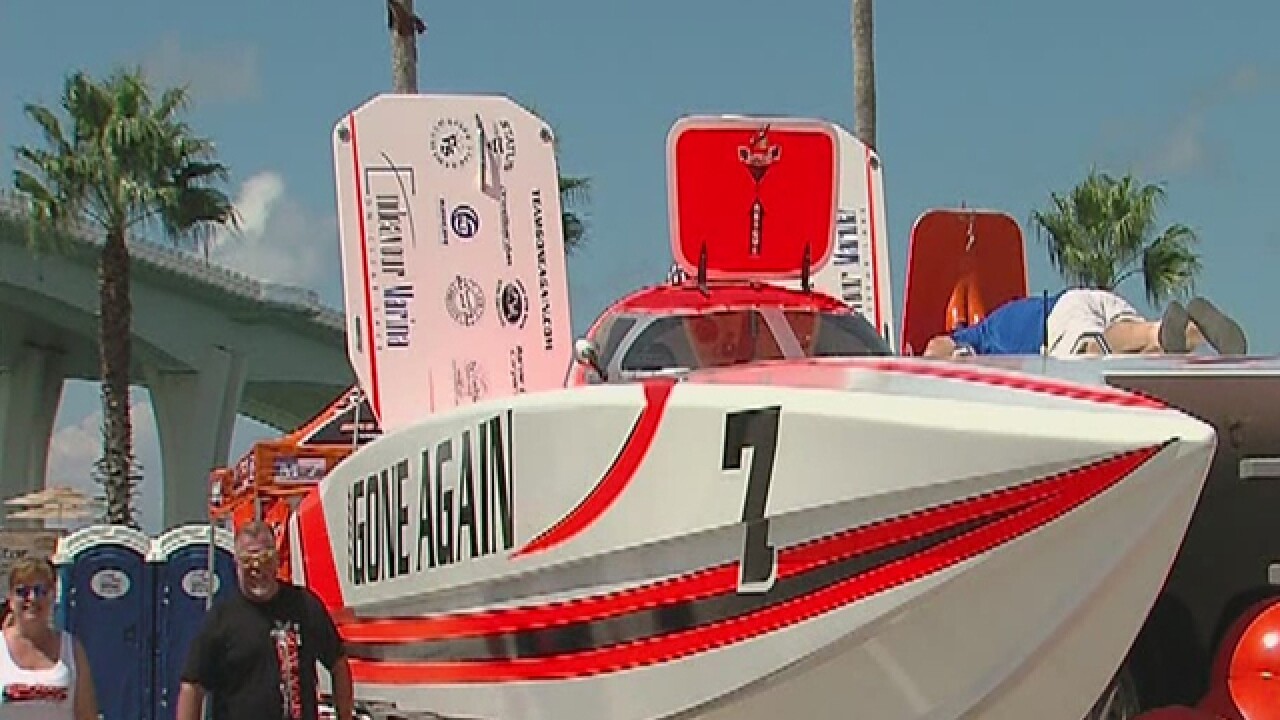 "Start your engines" with an action-packed weekend in Clearwater September 29 through October 1 as the 2017 Clearwater Super Boat National Championship Festival Presented by Visit St. Petersburg/Clearwater races into town.

In its 9th year, this year's festival is said to be even bigger with events for everyone, including new experiences such as a craft beer festival and market.

The Clearwater Super Boat National Championship Festival will begin making waves on Friday at the Baystar Race Village at Coachman Park, where the super boats will be on display.

Guests can meet the racers and get up close with some of the world's fastest super boats.

The boat parade and downtown block party starts at 6:30 p.m. and will feature craft beer, contests, games and live entertainment, including a free, live performance by The Black Honkeys beginning at 8 p.m. on Garden Avenue.

New this year will be the Baystar Super Boat VIP Party at Station Square Park. This event is hosted by Baystar Restaurant Group and the Clearwater Regional Chamber of Commerce, and is for VIP ticket holders only. Tickets will be available for purchase at the event or online at ClearwaterSuperBoat.com.

The excitement continues Saturday with events planned to keep visitors entertained throughout the day and evening. The Super Boat Race Village will continue at Coachman Park from 10 a.m. until 10 p.m. Spectators will get to meet race teams, grab some autographs and take photos. Things begin to heat up at 2 p.m. when the Super Boat Downtown Block Party kicks-off along Cleveland Street.

This celebration will include local vendors, crafters, live music and craft beer. The block party will coincide with the Tony's Pizza & Bar Rock the Block party and features She's That Dude playing a free concert beginning at 8 p.m. There will also be a fireworks show on Clearwater Beach that evening presented by Pier 60 Concessions.

This event on the water is huge for Pinellas County. It draws in approximately 180,000 people and has an economic impact of $20 million.