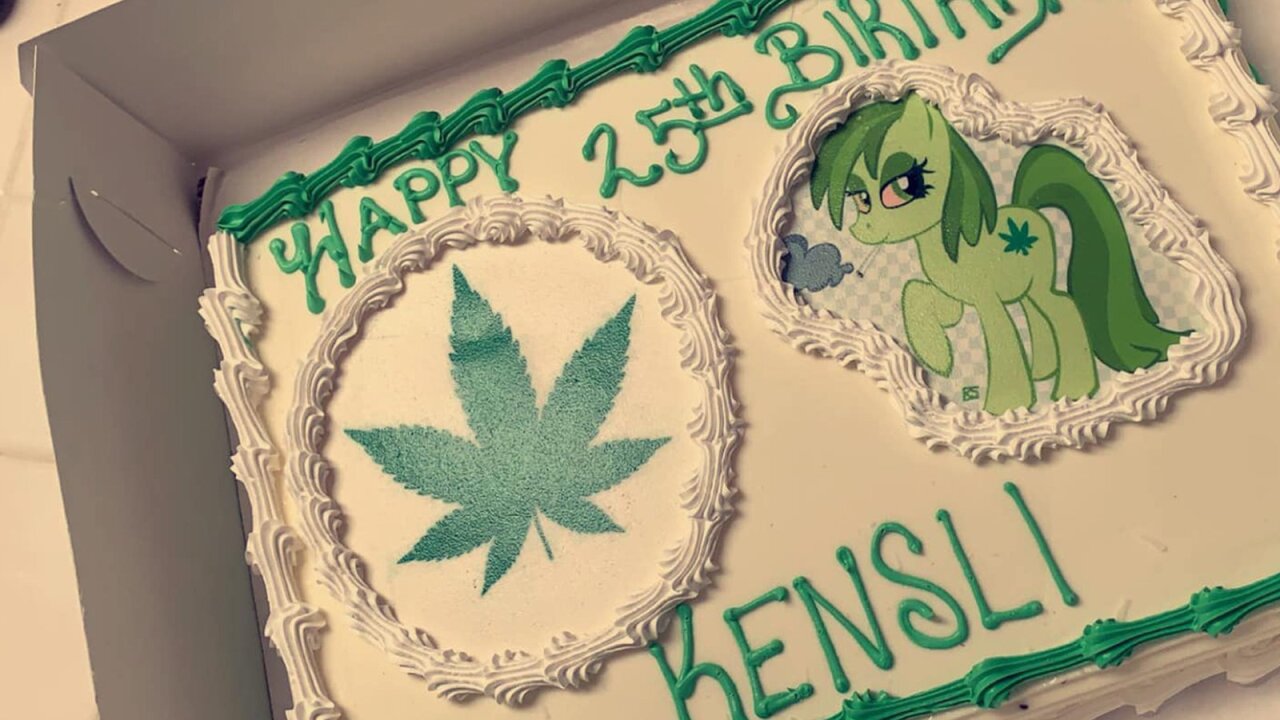 A marijuana-themed cake made this family's day in Milledgeville, Georgia -- mainly because it was a mistake.

Kensli Davis, whose favorite movie is Disney's animated tale "Moana ," wanted a movie-themed cake to celebrate her 25th birthday. But when her mom called the local Dairy Queen with the order, the shop heard "marijuana" instead.

And boy, did it deliver.

Davis posted on Facebook about the twist to her special day. "My mama called and ordered me a cake telling them how much I loved Moana. (Because really I do) Well needless to say these people thought she said marijuana. That ice cream cake was still good though," she wrote.

Davis told CNN that her mom's reaction was priceless: "She was hysterically laughing.

"The whole family thought it was the funniest thing ever and said it would definitely [be] a birthday to remember."

As for the baker who made the mistake?

"The lady who made my cake was apologetic and offered to make another one. But the first one was so good we weren't worried about it," Davis said.