These babies in the NICU couldn't go see Santa, so he and Mrs. Claus came to them 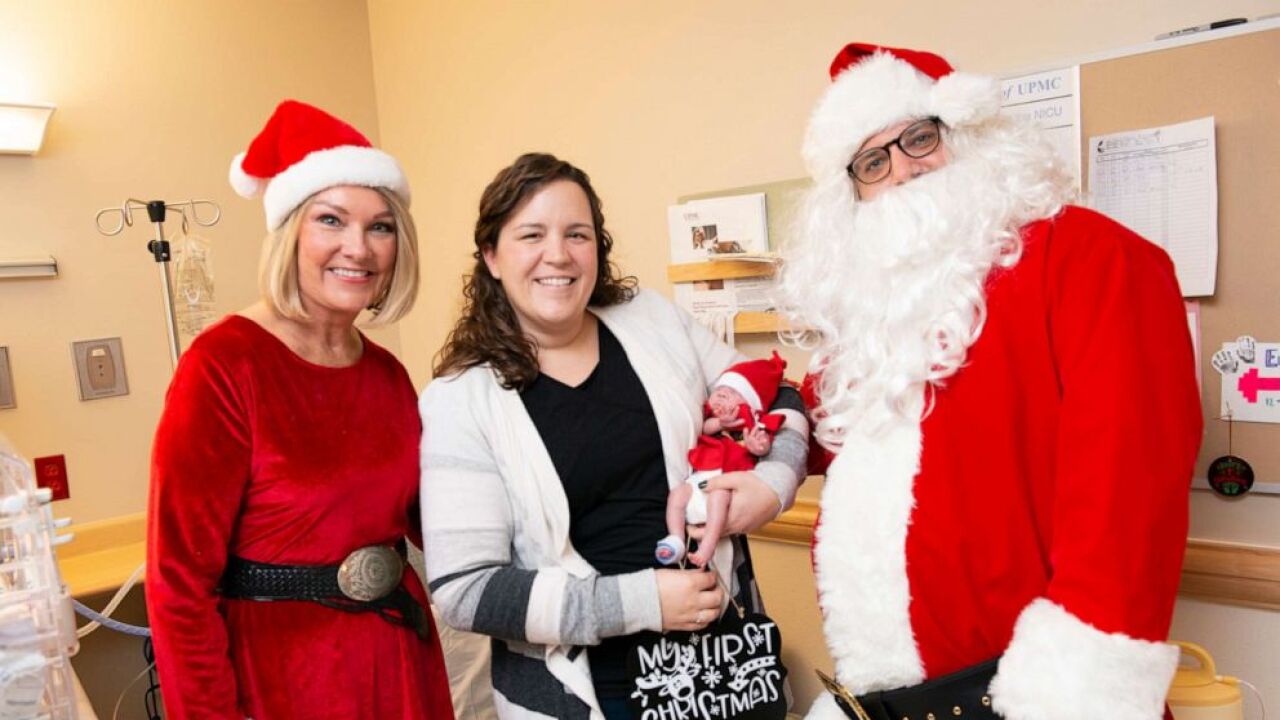 These newborns just got a special visit from Santa Claus days before Christmas.

The babies were dressed in holiday onesies with festive red caps as Mr. and Mrs. Claus snapped pictures with their families.

"It’s something we are going to be able to cherish for a long time," Tony Grese, father of newborn Jack, told "GMA."

Grese and his wife, Hayley, were not expecting to have a holiday baby, but welcoming their son ahead of Christmas was the "best gift."

It has been tradition at UPMC Magee-Womens Hospital for more than 30 years for Mr. and Mrs. Claus to visit the NICU.

"You really don't expect your baby to be in the NICU," Mrs. Claus, otherwise known as Patty Genday, chief nursing officer and vice president of patient care services at UPMC Womens-Magee hospital, said.

"[Having the parents meet Mr. and Mrs. Claus] allows our parents to realize next year they will be able to have their baby home when Santa Claus comes," she said. "But right now, they can still enjoy this holiday with Santa and Mrs. Claus."

The tradition at the hospital is meant to bring more cheer to patients around this time of year and "provide some stress relief for the family."

"It was really nice to see Santa, to have some sort of normal aspect to having a child in the NICU around the holidays," Dana Kirschner, mother of newborn Emily, told "GMA."

Kirschner even dressed her baby in a little red Santa outfit in honor of the special meeting at the NICU.

"Emily will probably be here for at least the next month, month and a half, so it was really nice to have Santa come to her since she won’t be able to get there," she said.