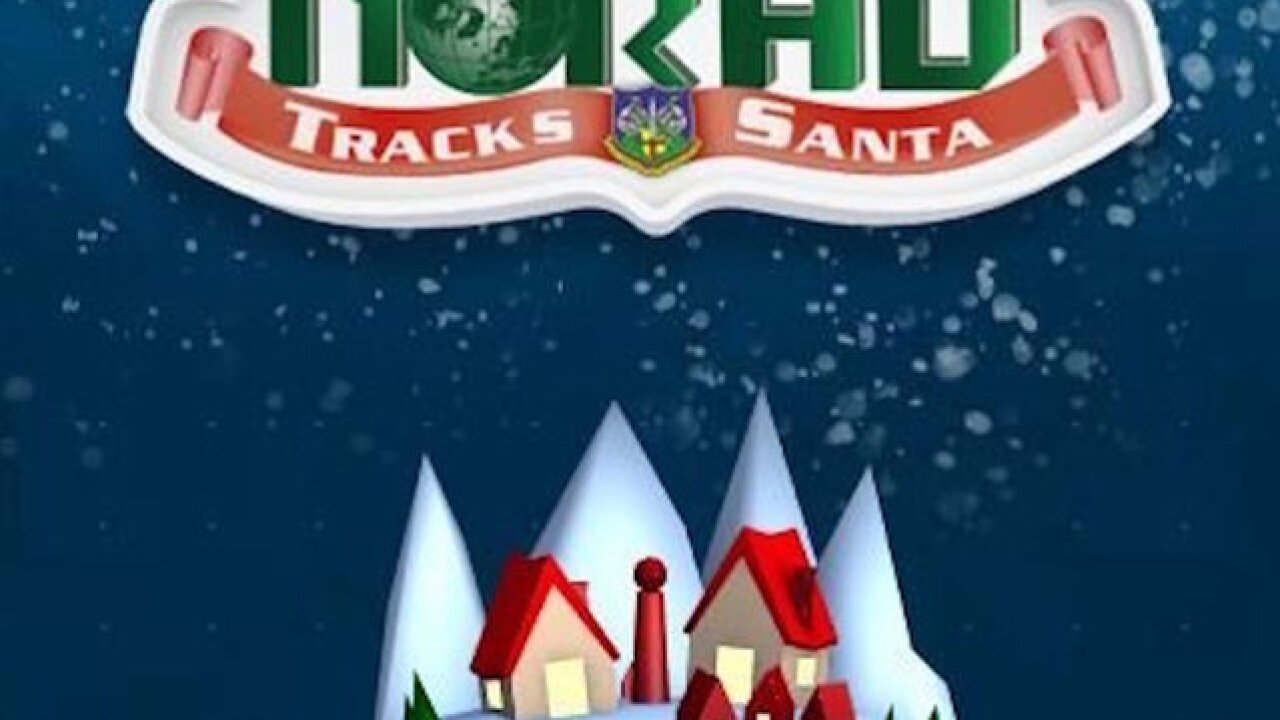 The US military command that is charged with protecting the airspace for North America is on alert this Christmas weekend for a man with a white beard and a red suit.

The North American Aerospace Defense Command (NORAD) is tracking a sleigh and eight tiny reindeer around the world as it heads for US airspace Sunday night.

NORAD said in a statement the public can access its official Santa Tracker to watch Santa Claus prepare for his voyage. Once Santa takes flight, the public can track his whereabouts and access NORAD's "Santa Cams" as he journeys around the world to bring joy to good boys and girls.

Starting at 6 a.m. Eastern today, Christmas Eve, the public has been welcome to call 1-877-HI-NORAD (1-877-446-6723) and speak live with NORAD trackers. People stuck in the car on the way to Grandmother's house, and with an OnStar subscription, can access the tracker by hitting their OnStar button.

Marine Col. Bob Brodie of the 601st Air Operations Center said fighter jets will "fly along (Santa's) wing" in a "close escort," and that the center will "monitor him with our satellites and even have infrared trackers to follow Rudolph."

The Santa Tracker program began in 1955 because of a mistake in a Colorado Springs newspaper advertisement from Sears Roebuck & Co. The Sears ad misprinted the telephone number for children to call Santa. The phone number published was actually for the commander in chief's operations hotline at the Continental Air Defense Command (CONAD), which was NORAD's predecessor.

On December 24, 1955, Air Force Col. Harry Shoup was on duty, and instead of hanging up on countless children that night, Shoup checked the radar and updated the eager children on jolly old Saint Nick's location. That 1955 misprint and Shoup's actions started a 62-year tradition that is made possible today by volunteers and corporate sponsors who bear the expense.