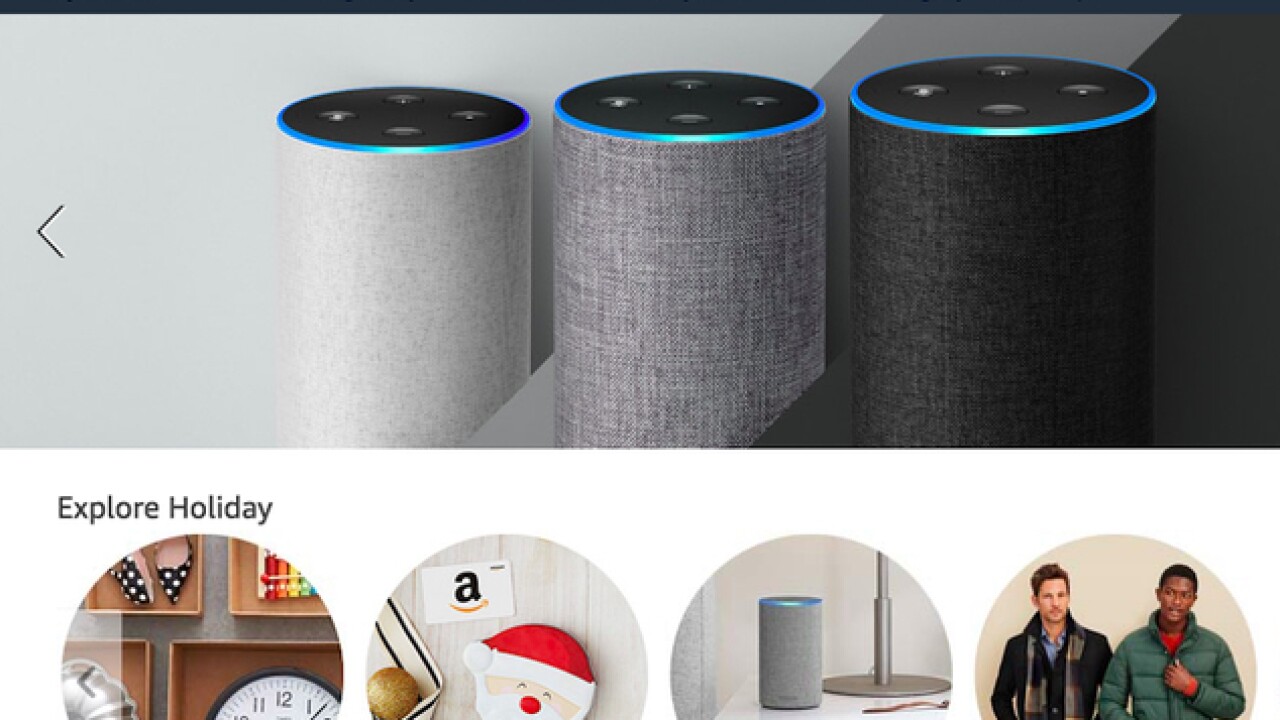 With 19 days to go until Black Friday, many retailers have launched sales — including Amazon.

Shoppers may visit Amazon.com or Amazon's app, where they will find an "Explore Holiday" section on the homepage, and a "Countdown to Black Friday" section under that. Deals cover most departments, including kitchen, toys and games, computers and accessories, and more.

This year, Black Friday is Nov. 24. Deals on that date specifically have become less of a thing now that many retailers expand holiday shopping deals to the entire months of November and December.

Last year's popular holiday shopping deals surrounded video game consoles such as the Xbox One S and PlayStation4 Pro, and this year's will likely be no different. BFads.net, a Black Friday analysis and deals announcement website, predicts the Xbox One S consoles will be an even bigger deal as attention shifts to X Box One X Project Scorpio from Microsoft, coming out in early November.

Other deals BFAds.net says may happen this holiday shopping season include:
• Apple products, including the latest iPad, which released in March, and all the new products the company announced at a special event in late September.
• Televisions: These are usually the most-advertised deals each year at varying bog-box retailers, especially those luring shoppers on Thanksgiving Day
• Amazon devices of varying sorts, with an emphasis on becoming an Amazon Prime member to score the deals
• Google Home and Google Mini: Look for prices to compete with Amazon's
• Home and kitchen items: Stores often fill their circular ads with these deals
• Toys: Standard Black Friday deal items; many toy sellers have already released their holiday catalogs