An earlier dinner may lower risk of some cancers, study says 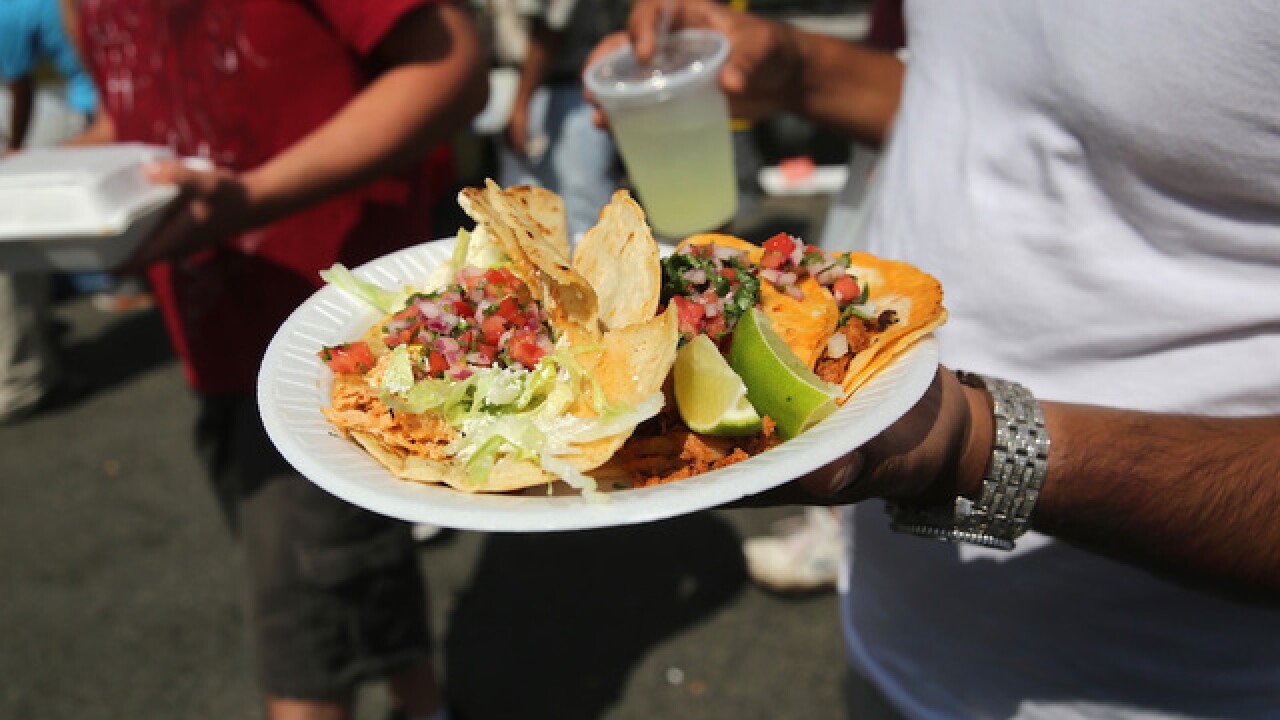 People who eat dinner before 9 p.m. -- or at least two hours before going to sleep -- have a 20 percent lower risk of breast and prostate cancer than those who eat after 10 p.m. or go to bed shortly after supper, researchers found.

"The mechanisms are not clear," said Dr. Manolis Kogevinas, a research professor at the Barcelona Institute for Global Health in Spain and lead author of a new study on the topic. "What we know from experimental studies is that we are conditioned to function in different parts of the day. We -- not only humans but all living organisms -- have developed throughout time functioning differently in day and night."

The study, published Tuesday in the International Journal of Cancer, followed 621 people who had prostate cancer and 1,205 who had breast cancer, as well as 872 male and 1,321 female patients without cancer, known as a control group, chosen randomly from primary health centers throughout Spain.

The authors considered each person's lifestyle and chronotype, or preference for being an early bird or a night owl, interviewing them about when they ate meals and their sleeping habits. Participants also completed questionnaires about their eating habits and observance of cancer prevention recommendations such as physical activity and limiting alcohol consumption.

The researchers said that the effect of a longer supper-sleep interval was more noticeable in those who were following cancer prevention recommendations and in those who were morning types with both breast and prostate cancer.

About 27 percent of breast cancer patients followed the cancer prevention recommendations, compared with 31 percent of the control group. Similar results were found in the prostate cancer group.

The researchers interviewed the two group types twice, asking them about workday and weekend habits when they were 40 (or their current age, if younger) and about what they were doing a year before their cancer diagnosis or before they were interviewed.

Though 7 percent of the subjects also had after-supper snacks, the study focused on full meals, Kogevinas said.

Previous research has shown that breast and prostate cancer risk are associated with night-shift work and the disruption of circadian rhythm, or a person's sleep-wake cycle, Kogevinas explained. In 2007, the World Health Organization's International Agency for Research on Cancer categorized shift work that disrupts circadian rhythm as a health hazard that can probably cause cancer in humans. However, people who had done night-shift work were not included in the new study.

The results of the study are fairly consistent with previous research, said Catherine Marinac, a research fellow at the Dana-Farber Cancer Institute who was not involved in the study. Marinac's own research suggests that eating in tune with the body's natural clock may help reduce the risk of breast cancer recurrence in survivors.

"Population-based studies have found that people that eat late at night have higher rates of obesity and worse metabolic profiles," Marinac said. "And in particular, we have found that people that have a longer nightly fasting duration, which might imply less late-night eating, have better blood sugar control and a lower risk of cancer recurrence.

"Disruption of your body clock and reduced ability to process glucose are possible mechanistic factors linking late-night eating to cancer risk," she explained.

Many issues that are not accounted for in the new study may influence the results, said Dr. Ganesh Palapattu, chief of urologic oncology at the University of Michigan Medical School, who was not involved in the research. For example, the study reports the subjects' educational status but not information on their jobs and how stressful they were.

"I'm not sure it's what I would call practice-changing or behavior-modifying in any way at this time," Palapattu said. "On this one study, I'm not going to tell patients to eat earlier or go to sleep later."

The two groups ate similar diets, and the researchers did extensive analyses comparing the results and confirming that they were because of the timing of meals rather than other factors such as social class, Kogevinas said.

Kogevinas cautioned that while the study's conclusions are based on strong biological evidence, the data are still new. There need to be more populations studied in different contexts, outside of Spain, where people tend to have later suppers than other countries.

It will be after reproducing these results elsewhere and in large groups that recommendations can be issued and experts can determine how much the timing of diet affects cancer risk compared with being obese or eating unhealthy foods, Kogevinas said.

"My general philosophy with these sorts of things are still for patients to not overreact with these studies, to continue to do the things that are known to be hopeful and healthful," Palapattu said. "Don't smoke. Try to maintain your ideal body weight. Exercise regularly. Wear a helmet. Don't text and drive. Wear a seat belt."

Still, the new findings are intriguing, he noted.

"Not only you are what you eat," Palapattu said. "You are how you eat, and it might very well be that you are when you eat."