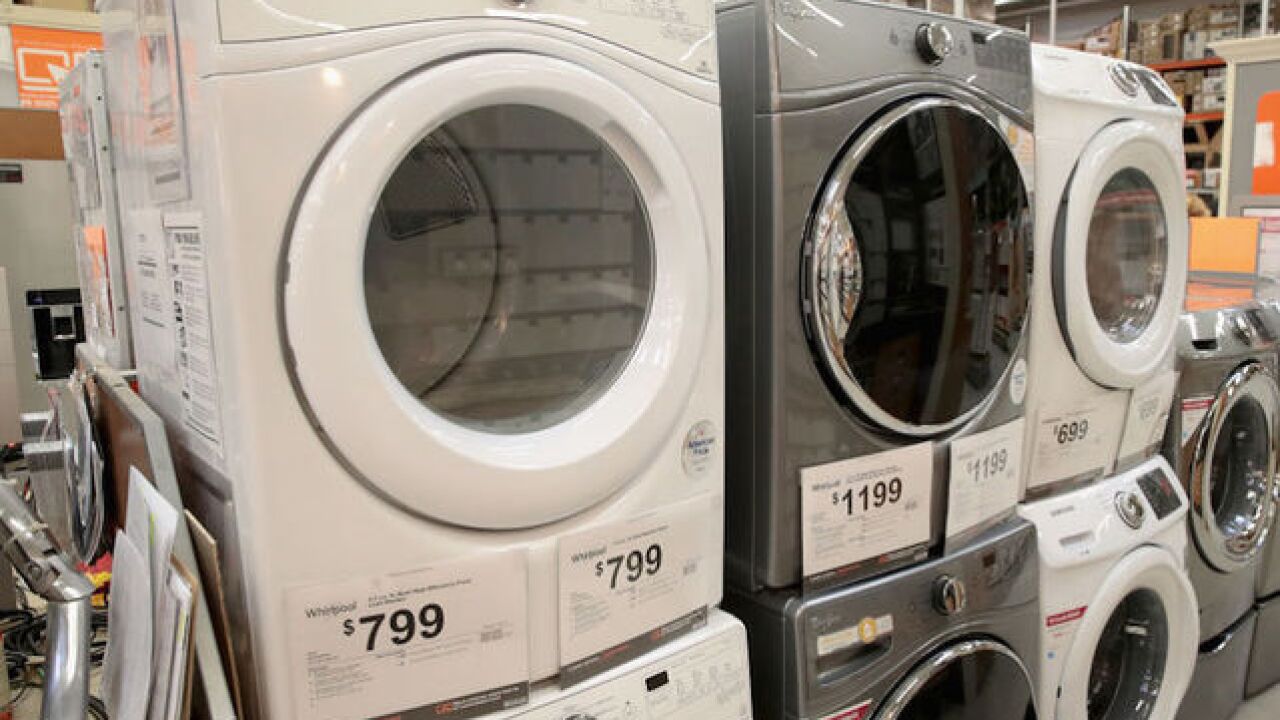 Image copyright 2017 Getty Images. All rights reserved. This material may not be published, broadcast, rewritten, or redistributed.
Scott Olson
<p>Whirlpool appliances are offered for sale alongside other brands at a Home Depot store on October 24, 2017 in Chicago, Illinois. </p>

Some say Memorial Day sales rival or even beat those shoppers will find during Black Friday weekend.

It's somewhat true, especially on things such as appliances and home improvement items.

Here are three categories to keep an eye on this Memorial Day. While the holiday is May 28, some deals are already underway.

“Memorial Day sales really kick off the summer season,” says Kelli Hollinger, the director of the Center for Retailing Studies at Mays Business School at Texas A&M University. “Consumers are shifting in mindset … into excitement for summer travel, vacations and improvements to the home.”

This change can mean shoppers are planning big-ticket purchases, which makes it “attractive for retailers to slash prices and encourage store traffic,” Hollinger says.

“These are big-ticket items, and so profit margins are usually pretty large, so retailers can offer steeper discounts and do different kinds of sales promotions,” says Darrin Duber-Smith, a marketing professor at Metropolitan State University of Denver.

“It allows retailers a lot of flexibility on what they can do. It’s harder to promote a deodorant. It’s easier to promote a giant piece of furniture or barbecue,” he says.

Duber-Smith says to keep an eye on places like Wayfair, Sears, J.C. Penney, and Lowe’s, which he anticipates will have big sales.

Some have already begun. For example, at Kmart, all Serta mattresses are on sale through May 28. And Sears is taking 50% off the regular price of Kenmore Elite washer and dryer pairs through June 3.

Next up, pay attention to seasonality. Inventory may be picked over, but Memorial Day sales will offer great deals on winter closeout items, says Eric Glyman, CEO of the price-tracking app Paribus.

As a general rule, shop toward the end of a season or during a product’s off-season for bigger discounts. For example, in-season patio furniture is more expensive now than it will be after Labor Day.

And when you find a really good deal, jump on it. Duber-Smith suggests thinking ahead. For example, buy Christmas gifts during Memorial Day sales and tuck them away.

3. Meals, paint and more for military members and veterans

As a tribute for Memorial Day, many weekend sales will feature deals for the nation’s armed forces. Veterans and active military members can expect to receive special savings at home improvement stores, sporting goods stores, restaurants and more.

“This holiday really is about honoring veterans and taking care of people who have served,” Glyman says.

For example, steakhouse chain Texas de Brazil will give veterans and active duty military 50% off lunch or dinner on Memorial Day, plus 20% off for up to seven guests.

Sherwin-Williams is offering military and veterans 10% savings on qualifying paints and stains during the month of May, which is also Military Appreciation Month. This is in addition to the store’s current 30% off sale.

At Academy Sports & Outdoors stores, military members can take 10% off through May 29. Check with each location for exclusions.

Claiming deals is usually as simple as showing your military ID at the store or inputting information online, according to Angela Modzelewski, vice president of consumer marketing at SheerID, a discount verification company.

Modzelewski and Glyman say that while some military deals are offered year-round, others are available exclusively on holidays. Increasingly, Modzelewski says, these discounts can be combined with other Memorial Day sale promotions — pushing prices even lower. Be sure to check with local retailers to see if they’ll honor both.

This story originally appeared at NerdWallet.com.