Is Florida keeping medically unfit drivers off the road?

You hit the road, aware of the dangers but what about the risks you don't know and can't see coming?

You hit the road, aware of the dangers but what about the risks you don't know and can't see coming?

"Every time I think about it, I just get the chills," said 21-year-old Hayden Breeze who lived to tell the moments before her 22-year old boyfriend, David Lamontagne, drove straight into a Florida pond less than two months ago. 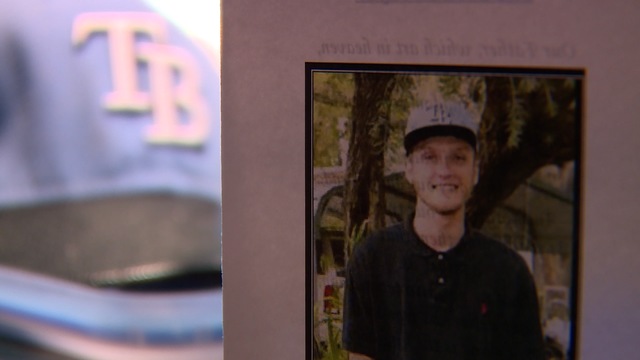 </p><p>"There was a curve in the road and he kept going straight and I was like wait, what are you doing? I look over at him and he's having a seizure," recalls Hayden still reeling from what happened near the Pasco County Recreation Center on a cold night in March. 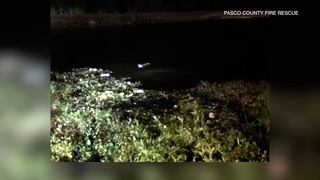 </p><p> "I look back and we're in water and I'm just screaming his name just trying to get him to come to," she described to us in her first and only interview since the accident.

Across Florida, medical emergencies have contributed to more than 8,000 crashes in the past three years according to crash report data maintained by the Florida Department of Highway Safety and Motor Vehicles (FLHSMV).

Driving Dangerous, by the numbers

"Being medically unfit is just as bad as being under the influence of drugs or alcohol," explained Hillsborough County Sheriffís Deputy Milo Millovitch who investigates the cause of car crashes. Medical, he says, is hardly unusual here.

"Epilepsy or seizures, uncontrolled diabetes, dementia, loss of consciousness to name a few," he said.

But we discovered a statewide program created to keep the medically unfit from driving in Florida has hit some bumpy roads.

What is a medical review?

Florida's Medical Review Program was established to evaluate a driver's mental and physical ability to operate a vehicle safely.  The Division of Motorist Services' Medical Review Section determines if driver reexaminations are necessary.

In 2013, the state's Medical Review Program was audited by the Florida Inspector General's office. Auditors flagged the program for failing to timely revoke licenses from medically risky drivers who failed to prove they were safe behind the wheel.

According to the audit, in 51% of cases (113 of 220) reviewed, drivers who were required to provide medical records proving there were safe to drive didn't submit that information within the requested timeframe. Despite not following program guidelines, their driver licenses weren't timely revoked for failure to submit records. In another case, a driver who didn't comply with getting a re-examination failed to get his or her license revoked for eleven months.

In another case reviewed by auditors, a licensed driver determined by the state to be "incapable" of driving had not had their license revoked for more than a year after it was determined he or she could no longer drive due to a medical condition.

It was a series of system failures the state, at the time, blamed on human error and vowed to fix with automated systems.

But fast forward to this year and we found another state report showing nearly the same problems. Click here to read the report.

In fact, of 50 cases examined by auditors, follow ups- didn't occur in nearly 20% of cases leaving medically risky drivers still licensed to share our roads according to the review released in January of 2018.

"That's dangerous," said Orlando neurologist Dr. Ira Goodman who serves on the state's medical advisory board which reviews cases of licensed drivers whose mental and physical ability to operate a vehicle is questionable. 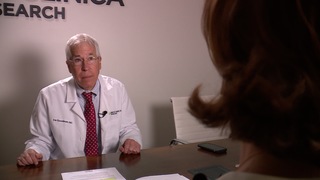 </p><p>"Are you surprised at these findings," asked reporter Katie LaGrone.

"No, based on the number of drivers we have," Dr. Goodman responded.

The state currently has nearly 75,000 open and active medical review cases according to a spokesperson with the FLHSMV. But our team couldn't determine how often the state has failed to follow up on any of these cases. Why? Medical records aren't public which means our only insight into this issue is the two state reports we obtained which are 5 years apart but show a similar pattern of problems.

"It's an issue that if they can't drive and they are driving then there could be a higher risk of crash," said Dr. Goodman who also added that he feels confident the state is doing a good job of managing medical review cases.

Who decides a drivers' medical fitness?

The Medical Advisory Board is a panel of volunteer physicians who provide the DHSMV with recommendations after reviewing doctor evaluations on a driver. Their recommendations are 100% based on medical records and board members do not have any contact with the drivers whose case they are reviewing. Recommendations are made within 60 days of receiving a file.

Following the latest review in 2018, the Department of Highway Safety & Motor Vehicles added additional staff and systems to improve oversight and accountability. The review was conducted at the request of agency leadership to begin with. Florida is a self-reporting state which means drivers who suffer from a medical condition that may impact their ability to drive report themselves. The public is also encouraged to report someone they feel may be medically incapable to drive.

Who can report medically risky drivers?

Any physician, person or agency can report a driver who may be unsafe to operate a motor vehicle as a result of a medical condition. The report should be made in writing, giving the full name, date of birth, address and a description of the alleged physical or mental disability that could affect the driving ability of any person over 15 years of age.

The night David Lamontagne seized behind the wheel, he died. 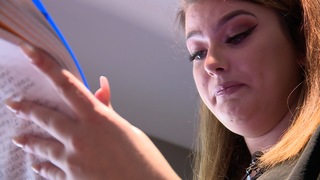 </p><p>"Every time I miss him or want to talk to him I'll write to him,î said Hayden who started a "Dear David" journal shortly after David's death. Hayden also has a box with some of David's personal belongings including his beloved Air Jordan sneakers, baseball hats and her most cherished belonging - two matching bracelets he purchased for them. Hayden never thought she was going to see his bracelet again. He was wearing it the night of his seizure.

'He wanted me to have that bracelet," she said holding it. "My mom handed it to me and I just cried," she said still not knowing who retrieved the bracelet.

Hayden tells us she knew of two prior seizures David had. In both cases, David was not driving at the time and Hayden says, she was not aware if he was restricted from driving. A spokesperson with the FLHSMV wouldn't disclose if they knew about David's seizure history or any other driver's whose medical story it can't afford to lose track of.

Report a medically unsafe driver for medical review in Florida

The public is encouraged to report if they believe a licensed Florida driver may not be medically fit to keep driving. Any information provided to the DHSMV is confidential and no legal action can be taken against the person submitting the report. To report a medically unsafe driver click here.