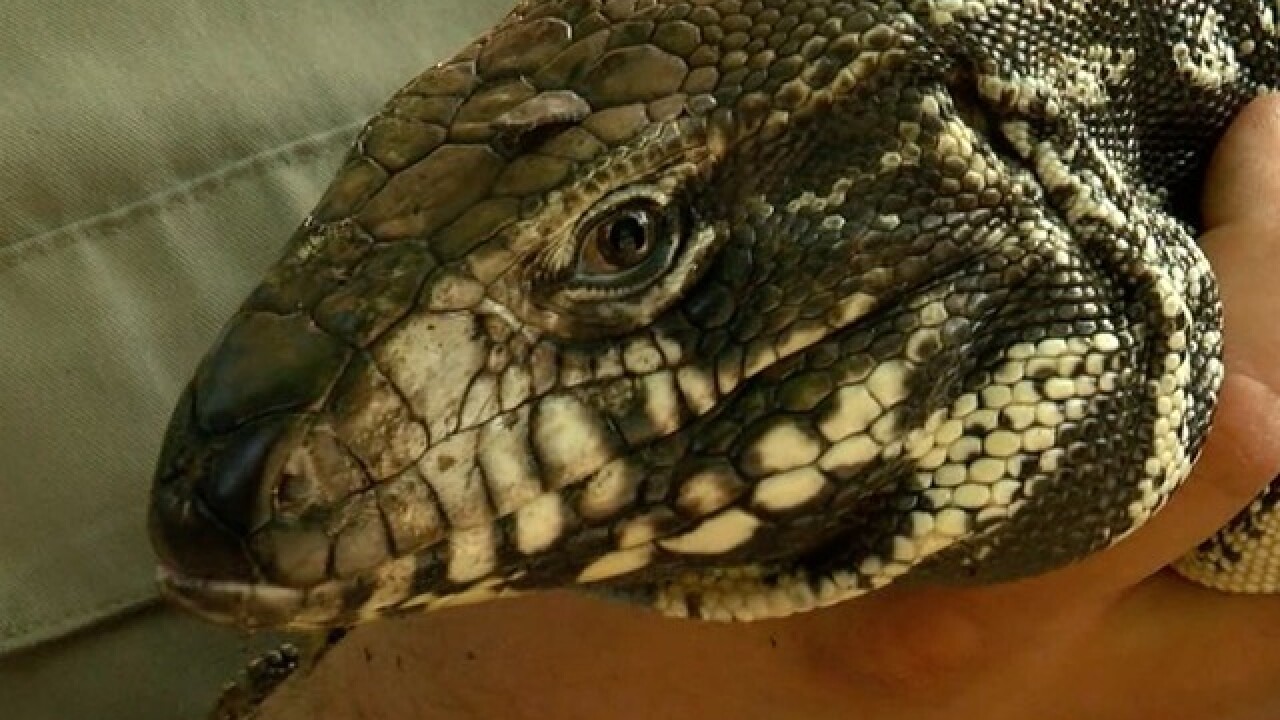 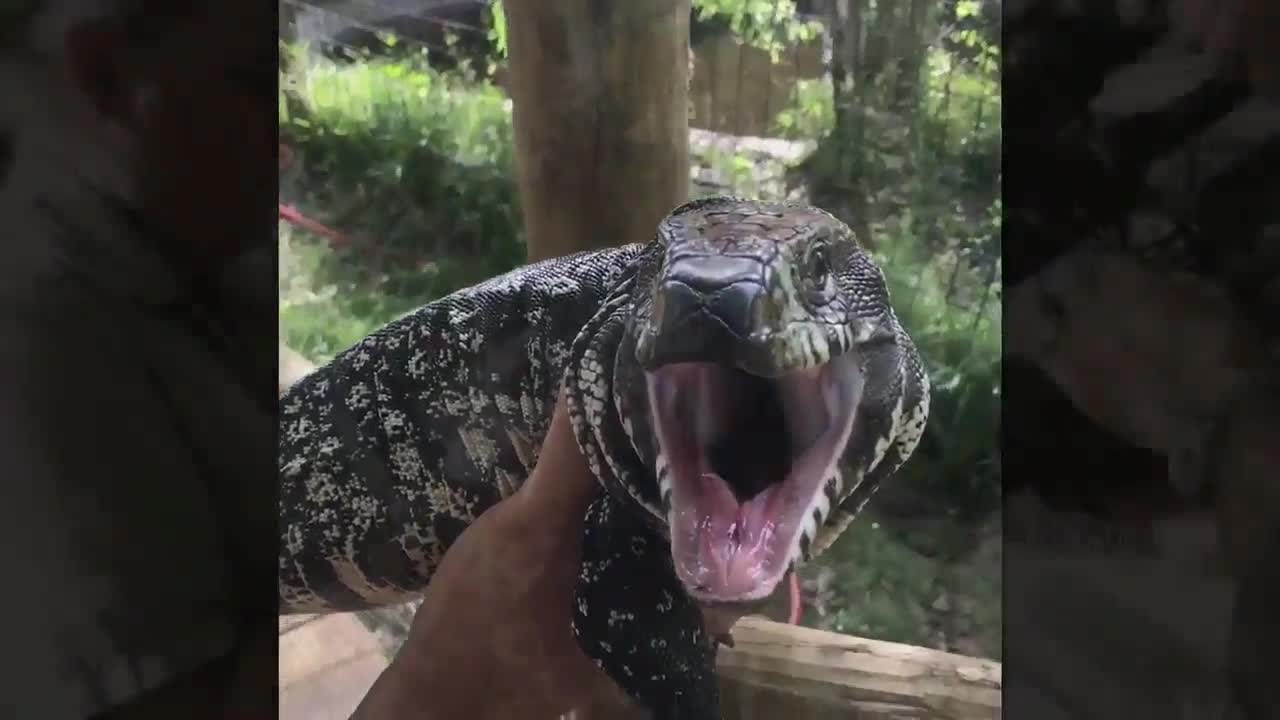 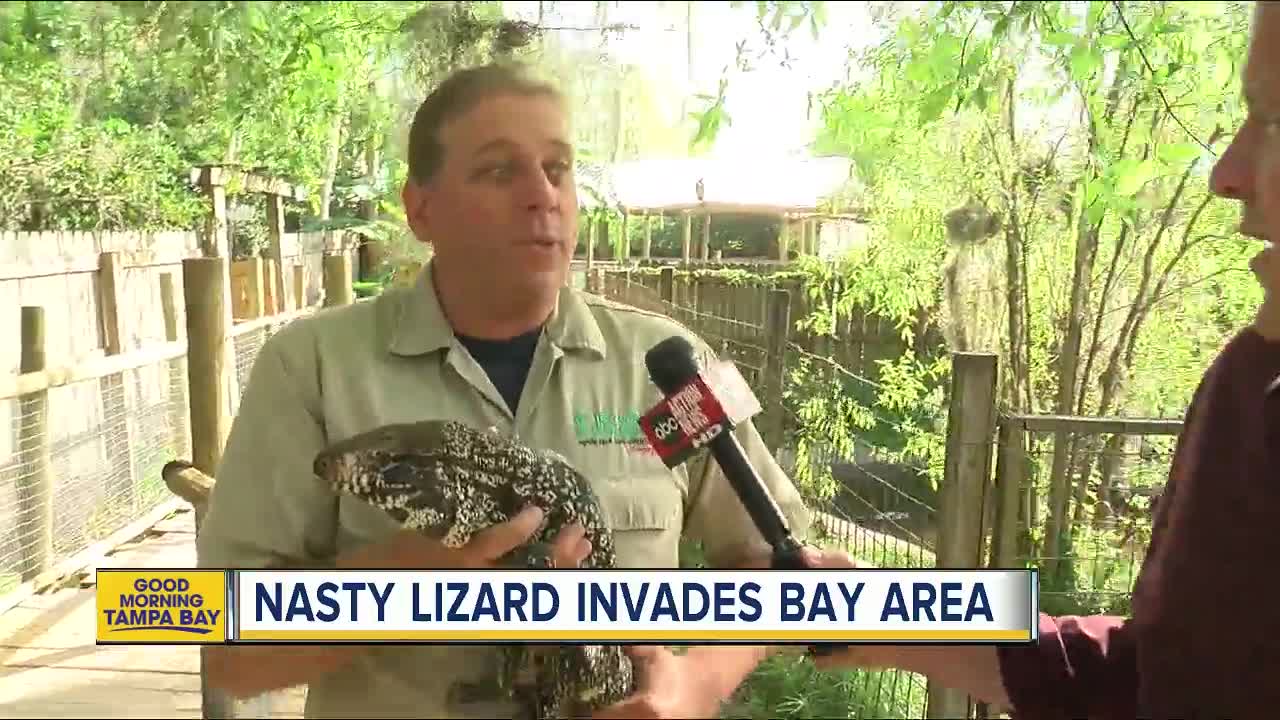 He's mean. He's breeding. He might eat your cat.

And he loooves Tampa Bay.

The black-and-white tegu isn't from around these parts; he's a South American lizard (about four feet long) introduced to our area possibly via dunderheaded pet owners who illegally dumped him.

Estimates have the number of tegus at more than 200 in Hillsborough County alone.

RELATED | Some alligators look for love in all the wrong places; gator mating season is heating up

"No one really knows why we have this population here," says John Paner, owner of the Croc Encounters Reptile Park. "Certainly some got released at some point and established a breeding population."

Now the nonnative invader is becoming a menace -- especially in the breeding hotbed of Riverview -- much like Burmese pythons are plaguing the Everglades down south.

"This is an animal that eats eggs, small mammals, snakes, lizards, birds, maybe even a house cat," says Lewis Single, who works in the herpetology department at Lowry Park Zoo in Tampa. "That's a species I would be more concerned with in Hillsborough County than the Burmese python."

Get a full list of where the black and white tegu has been reported here.

Tegus especially prey on the eggs of the endangered gopher tortoise -- one native species that could be severely threatened by the lizards -- but they can be aggressive with anyone...and that includes humans.

"A big lizard can be a very exciting animal for a young kid to run across, they want to catch it," says Single. "If they want to grab a large tegu, they could get sent to the hospital."

The Fish & Wildlife Commission said they have "concern" about the tegu, but as of right now, there is no eradication plan in place a la the Burmese pythons.

What happens if we don't get the tegu population under control? In 10 years, will we be overrun by these surly lizards? Says Paner: "Right now, no one knows the answer to that."

When you get a tegu in your yard, please DO NOT mess with it. Call a trapper or the Fish & Wildlife Commission or even Croc Encounters.