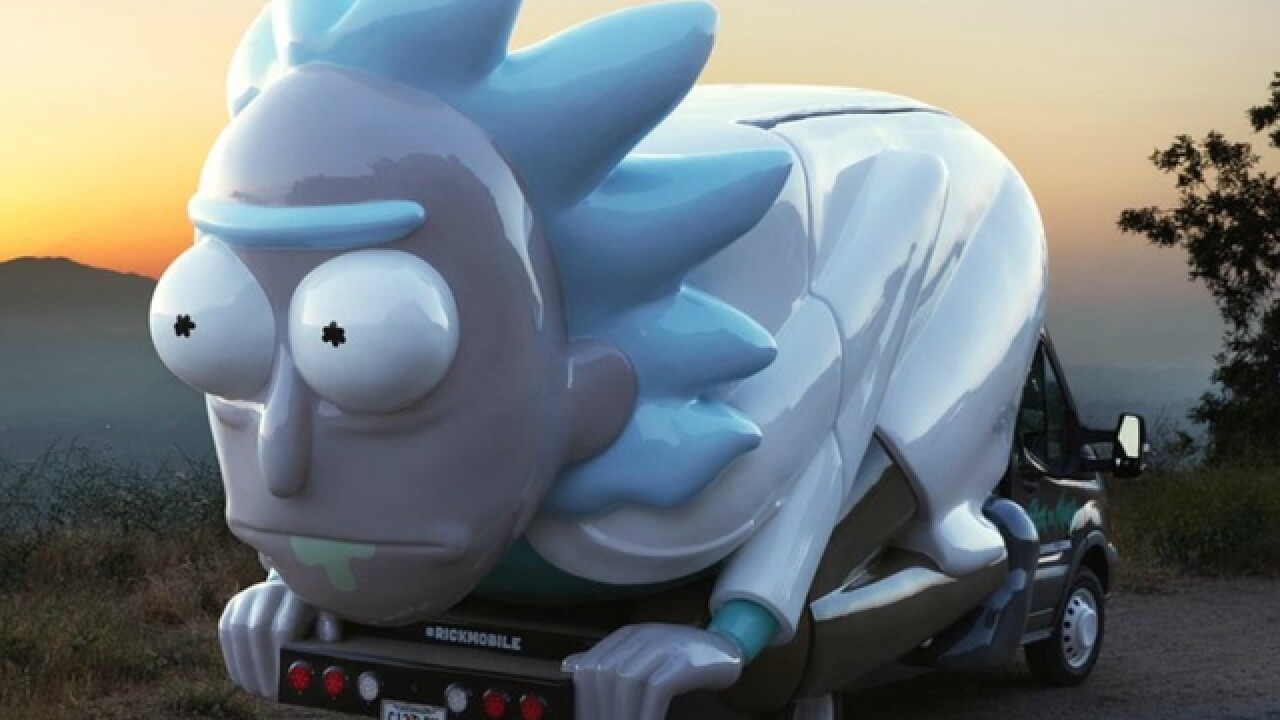 Copyright 2018 Scripps Media, Inc. All rights reserved. This material may not be published, broadcast, rewritten, or redistributed.
Twitter / Rickmobile

Series co-creator Justin Roiland posted on Instagram on Thursday that 70 more episodes have been approved for the Cartoon Network's Adult Swim late-night programming. There were 31 episodes in its first three seasons.

The series, which debuted in 2013, follows mad scientist Rick Sanchez and his grandson Morty Smith. It was the top TV comedy among millennials in 2017 and enjoys digital, livestream, gaming and retail success.

To celebrate the renewal, the pop-up shop "Rickmobile" will launch a 52-city nationwide tour in Atlanta on May 17. The tour will stop in Tampa on October 17.