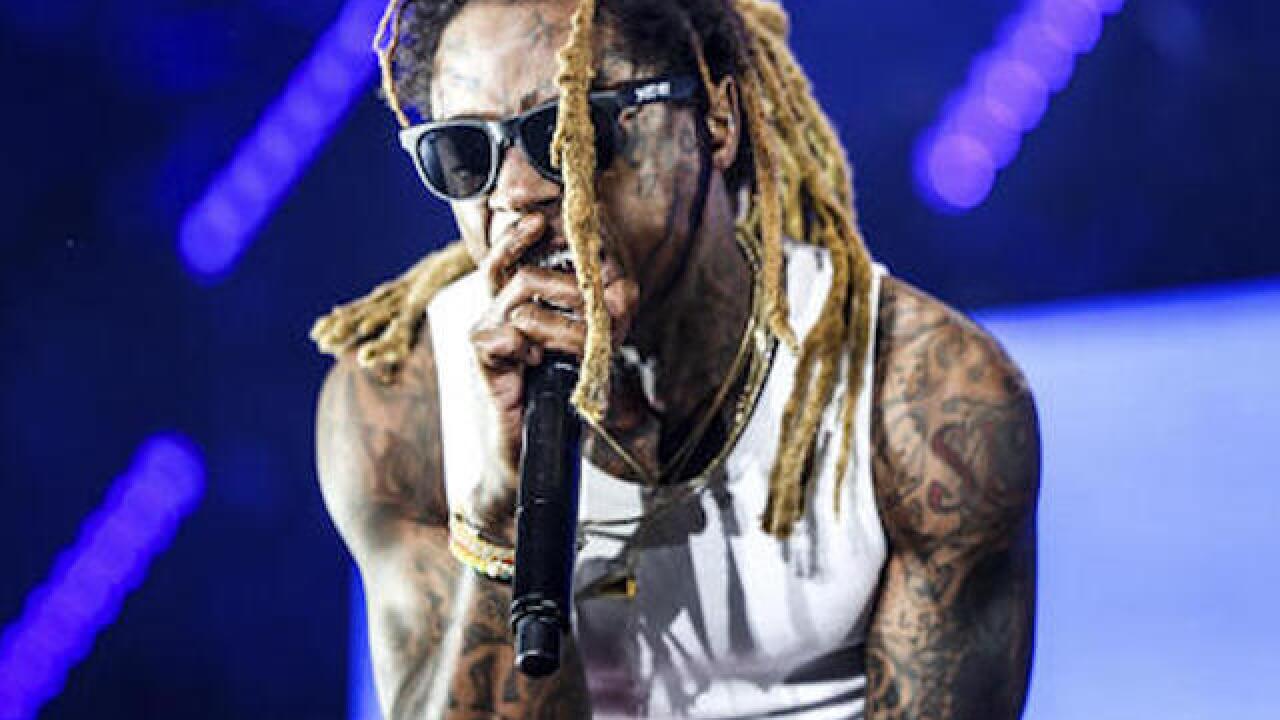 Rich Fury
<p>FILE - In this June 25, 2016 file photo, Lil Wayne performs at the 2016 BET Experience in Los Angeles. The rapper got some backlash when he told Fox Sports 1’s “Undisputed” that there was “no such thing as racism” because his concert audiences had a a lot of white fans. He also said he had never dealt with racism. Lil Wayne said Tuesday, Oct. 11, that one of the reasons he feels that way is because a white police officer saved his life when he was 12-years old after a self-inflicted gunshot wound to the chest.(Photo by Rich Fury/Invision/AP, File)</p>

ST. PETERSBURG, Fla. (AP) — Rapper Lil Wayne has been charged with possession of a firearm by a convicted felon, an offense that carries a potential sentence of up to 10 years in prison.

Documents filed Tuesday in Miami federal court say the rapper, whose real name is Dwayne Michael Carter Jr., had a gun and ammunition on Dec. 23 of last year despite knowing he had the previous felony.

Authorities say Carter acknowledged owning the gold-plated handgun after his luggage was searched upon arriving in Miami on a private plane.

Carter's attorney says he's not a dangerous person and never used or brandished the weapon.