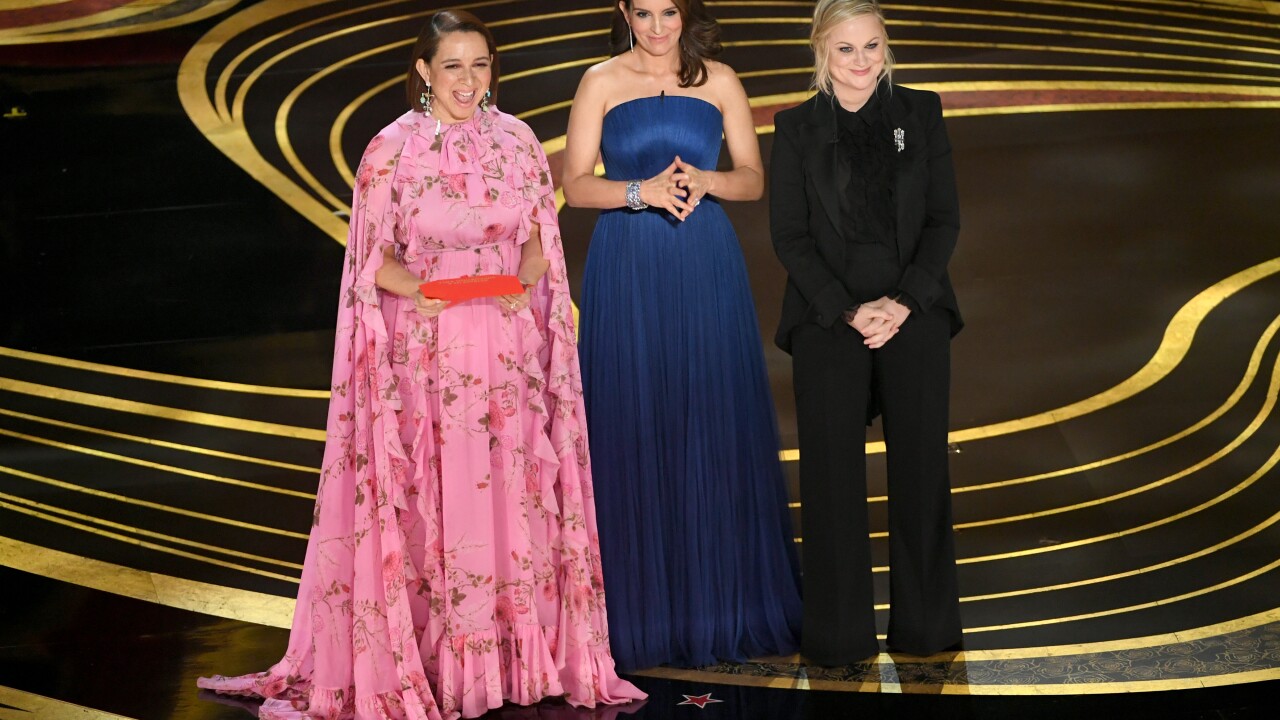 Officially, no host. But, legendary comedians Amy Poehler, Maya Rudolph, Tina Fey who are no strangers to the duties of hosting stepped in to deliver some laughs in place of the traditional opening monologue. They poked fun at the Oscars hostless drama, the backlash over some awards that were going to be delivered during commercial breaks, and a jab at politics.

"Good evening and welcome to the one millionth Academy Awards," said Tina Fey. "We are not your hosts, but we're going to stand here a little too long so the people who got USA TODAY tomorrow will think we hosted," she said to laughs from the audience. You can watch it again below.

"So just a quick update for everybody if you're confused: there is no host tonight, there won't be a popular movie category, and Mexico is not paying for the wall," said Saturday Night Live alum Maya Rudolph.