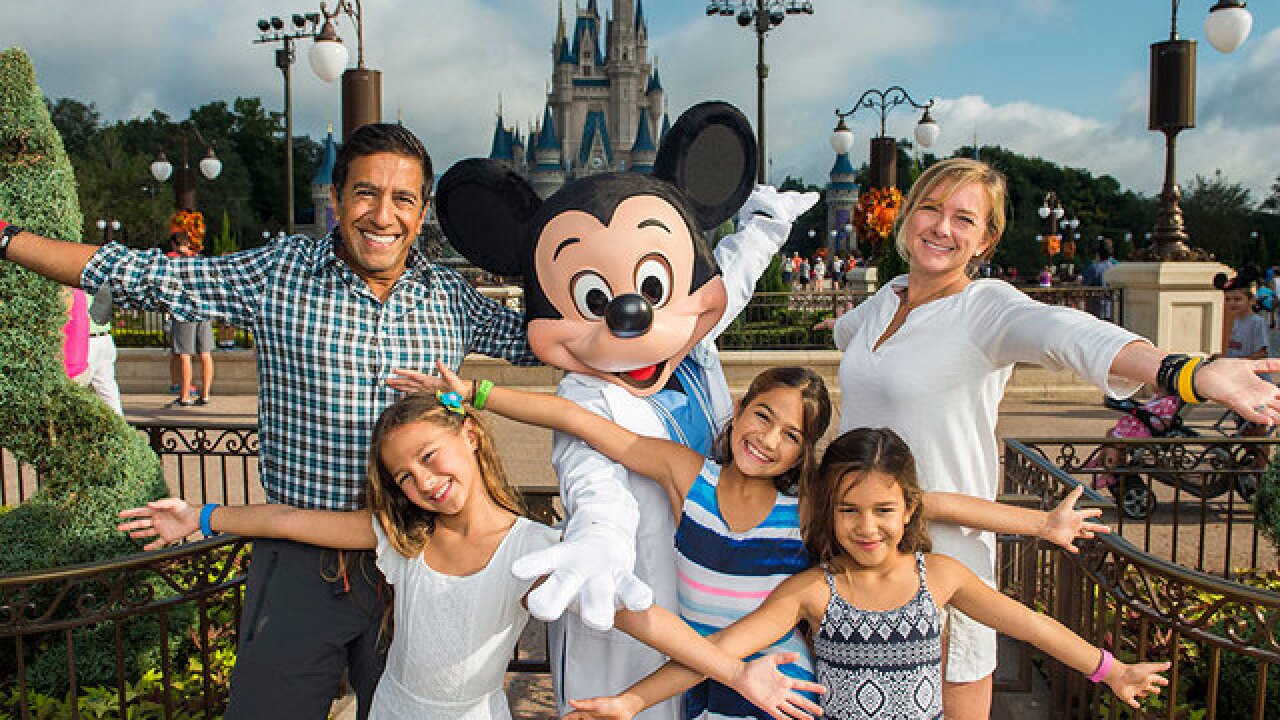 CLEVELAND, Ohio – Mickey Mouse is turning 90, which has put the vast Disney empire in a celebratory mood. And well it should.

That empire was built on the shoulders of that iconic mouse, who made his screen debut in the cartoon “Steamboat Willie,” released on Nov. 18, 1928. It’s no exaggeration to say that the company flourished because, all through the house that Walt built, a creature was stirring . . . and it was a mouse . . . and the mouse was named Mickey.

“The amazing thing is that a character introduced 90 years ago still is so omnipresent in our lives,” film historian Leonard Maltin said during a telephone interview. “Not just omnipresent, but instantly recognizable by all ages. His image is inescapable, from toys and clothing to his use as the very symbol of the Disney company. He’s everywhere. The word icon gets tossed around a lot, but he’s a true icon.”

So ABC, which is owned by Disney, is throwing a prime-time party. It’s a two-hour special, “Mickey’s 90th Spectacular,” that will air at 8 p.m. Sunday, Nov. 4, on WEWS Channel 5.

The emphasis at the Shrine Auditorium in Los Angeles will be on musical numbers by the likes of Josh Groban, NCT 127, Leslie Odom Jr., Meghan Trainor and Zac Brown Band. There also will be appearances by such series stars as Kristen Bell (“The Good Place”), Sofia Carson (the upcoming “Pretty Little Liars: The Perfectionists”), Tony Hale (“Veep”), Wendi McLeondon-Covey (“The Goldbergs”), Sage Steele (host of ESPN’s “SportsCenter”) and Sarah Hyland (“Modern Family”).

Behind all the singing and dancing, however, is an anthropomorphic mouse who stands incredibly tall in show business history. Mickey’s popularity made Walt Disney Studios a Hollywood player, which led to acclaimed animated feature films, which led to successful TV series in the ’50s.

Today, the Walt Disney Company is the largest independent media conglomerate on the planet. Its holdings include the Disney Studios, theme parks, a broadcast network, cable channels (including ESPN and the Disney Channel) and a cruise line. Among the properties it controls are Marvel Entertainment, the Muppets, “Star Wars” and Pixar.

All of this because of a mouse was put at the helm of a steamboat in 1928?

“Pretty much,” said Maltin, who posts film reviews and features at leonardmaltin.com. “It’s impossible to overstate the importance and impact of this character. It’s almost staggering how big the Disney world is today, so he easily is the most important cartoon character to have emerged. His popularity beyond the confines of the movie screen is second to none.”

When Walt Disney introduced the first episode of the prime-time series “Disneyland” on ABC in October 1954, he told viewers, “I hope that we never lose sight of one thing -- that it was all started by a mouse.”

“Walt never forgot that and always emphasized the importance of Mickey to all the success that followed,” said Maltin, whose many books include “Of Mice and Magic: A History of Animated Cartoons.” “It’s not coincidental that Walt provided Mickey’s voice for so many years. In many ways he was Walt’s alter ego -- a go-getter and an optimist.”

Indeed, one of the reasons Mickey clicked with audiences was a positive attitude that reflected the personality of the man who helped create him.

He wasn’t the mouse that roared. The roaring was left to such volatile characters as Donald, the duck with serious anger issues. Mickey wasn’t aggressive or snide or sarcastic.

“There is an innate and eternal optimism and boundless enthusiasm to Mickey, which makes him an all-American character,” Maltin said. “I think when the Depression hit, his happy-go-lucky attitude had enormous appeal.”

Mickey was created by Disney and animator Ub Iwerks as a replacement for their first cartoon character, Oswald the Lucky Rabbit.

“Mickey was a little scrawnier and a little more rude at first, but Disney very quickly realized he was developing into a symbolic figure,” Maltin said. “And they soon erased the rough edges, figuratively and literally. Sociologists have talked about the primal appeal of Mickey’s smiling face and how that image is based on circles and how welcoming that is.”

Although other Disney characters, particularly Donald Duck, stole some of Mickey’s box-office thunder, none eclipsed his iconic standing. Mickey is the star of a key segment, “The Sorcerer’s Apprentice,” in the landmark “Fantasia” (1940) and his 1942 cartoon “Lend a Paw” won the Academy Award for best animated short film.

When Disney moved into television, Mickey again took the lead.

“In the ’50s, when movie studios viewed television was the enemy, Walt Disney decided to dive in,” said David Bianculli, a film and television professor at Rowan University. “And he dove in leading with his biggest, most popular character, Mickey Mouse. Not only was ‘Disneyland’ a big prime-time hit, but ‘The Mickey Mouse Club’ during the daytime had Mickey’s name and a two-minute opening that prominently featured him. And you keep seeing this: Mickey introducing generation after generation to Disney.”

Fittingly, on his 50th anniversary in 1978, Mickey became the first cartoon character to have a star on the Hollywood Walk of Fame.

“He’s more important than Bugs Bunny, Bullwinkle, Bart Simpson and SpongeBob,” said Bianculli, the TV critic for NP’s “Fresh Air.” “And that’s because he’s more than just a cartoon character. He’s bigger than that. He’s pretty much the ambassador for the entire Disney kingdom.”