Merry Christmas from Prince William's royal family of four, soon to be five!

Prince William and Kate Middleton have revealed their family's annual Christmas card. The photo features the royal couple and the adorable Prince George and Princess Charlotte.

The fabulous foursome coordinated in blue in the photo, taken by Chris Jackson, royal photographer for Getty Images earlier this year.

The Duke and Duchess of Cambridge are pleased to share a new photograph of their family. The image features on Their Royal Highnesses' Christmas card this year. The photograph was taken earlier this year by @ChrisJack_Getty at Kensington Palace. pic.twitter.com/p8jm6zDfl0

William and Kate have a lot to be thankful for this season as they are expecting their third child in April. They are also celebrating Prince Harry and Meghan Markle's royal engagement.

Check out the adorable photo below: 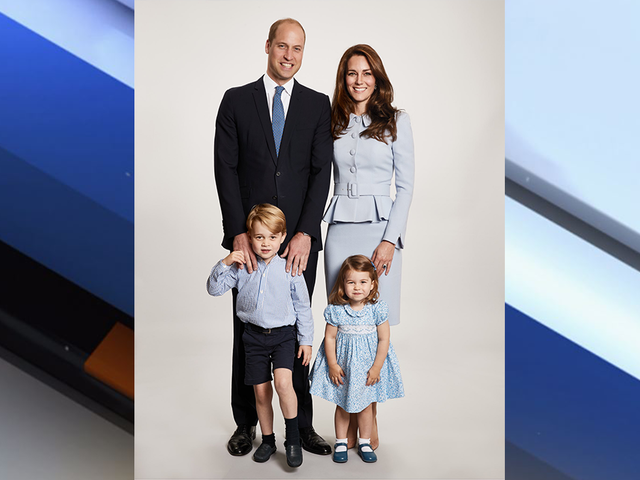