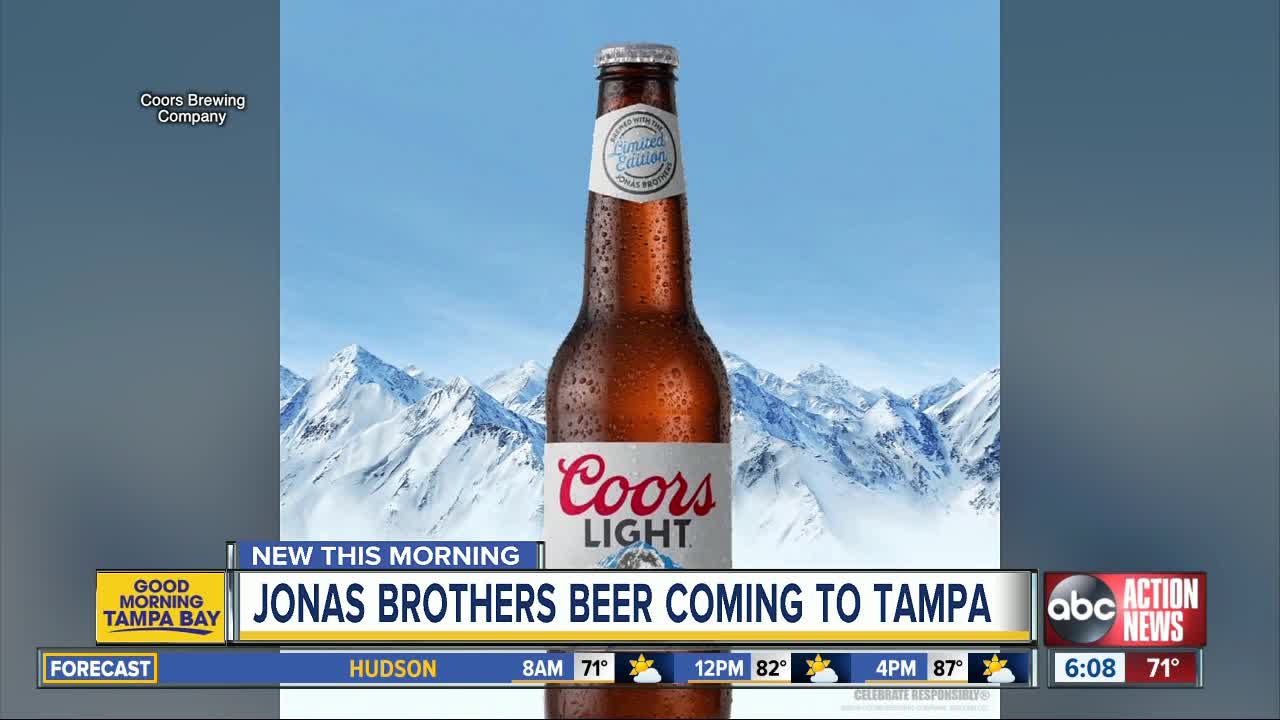 The Jonas Brothers are returning to Tampa in bottle form. 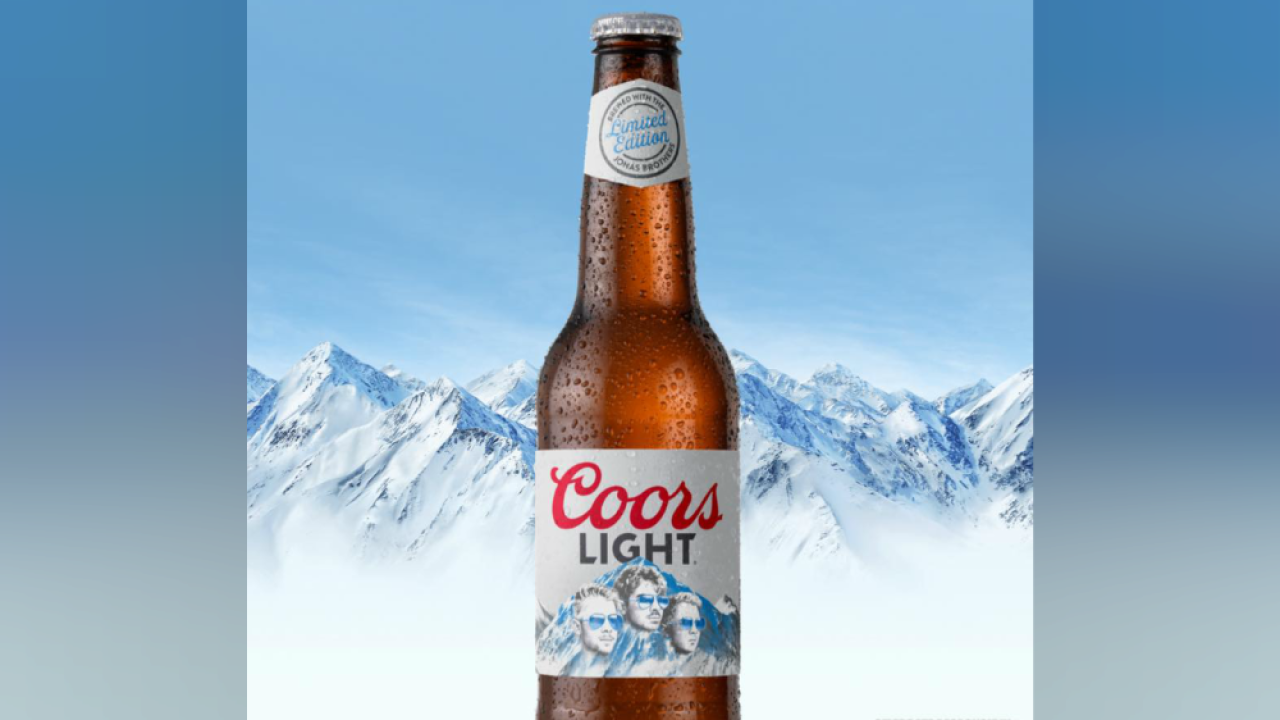 GOLDEN, Colo. — The Jonas Brothers are returning to Tampa -- sort of.

Limited-edition bottles of Coors Light with the trio's faces on the label will soon appear in bay area stores.

It turns out the brothers love Coors Light beer.

Joe Jonas had custom-made Coors Light bottles at his wedding this year. Kevin Jonas made a fun cameo with Coors Light in the band's "Only Human" video.

Coors invited the brothers to visit its brewery in Golden while the band was in Colorado on their Happiness Begins tour.

"We are long-time fans of Coors Light and were really excited to be invited out to the Coors brewery," said the Jonas Brothers.

During the brewery tour, the brothers got to see where their favorite beer is made and help create their own batch.

"We can't wait for our fans to try the limited edition six-packs of Coors Light that we helped to brew," said the Jonas Brothers. "And it's pretty amazing that our faces are on the iconic mountains on the bottle."