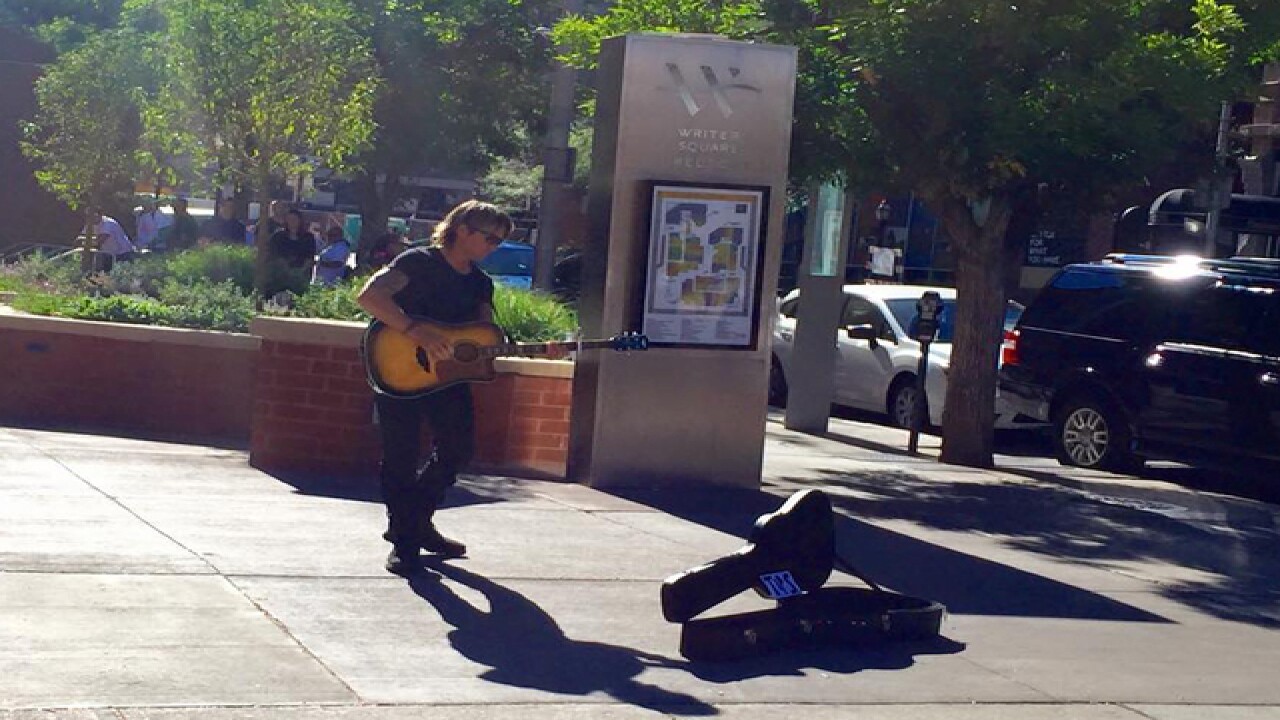 Singer Keith Urban was in downtown Denver for American Idol auditions when he was photographed busking on a street corner Sunday morning.

On his Facebook page, Urban posted a photo of himself strumming his guitar in the Writer's Square area with the caption, "Makin some scratch in Denver today!!!"

It's not clear from the photograph if the stunt was part of an American Idol video clip or if Urban just performed for fun.

Did you see Urban on street corner performing? If you did, let us know! Email us at 7NEWS@TheDenverChannel.com

denver auditions for @americanidol - i sent my cutout to judge for me today. @jlo didn't notice, but @keithurban really opened up to me. #idolauditions

A photo posted by Harry Connick, Jr. (@harryconnickjr) on