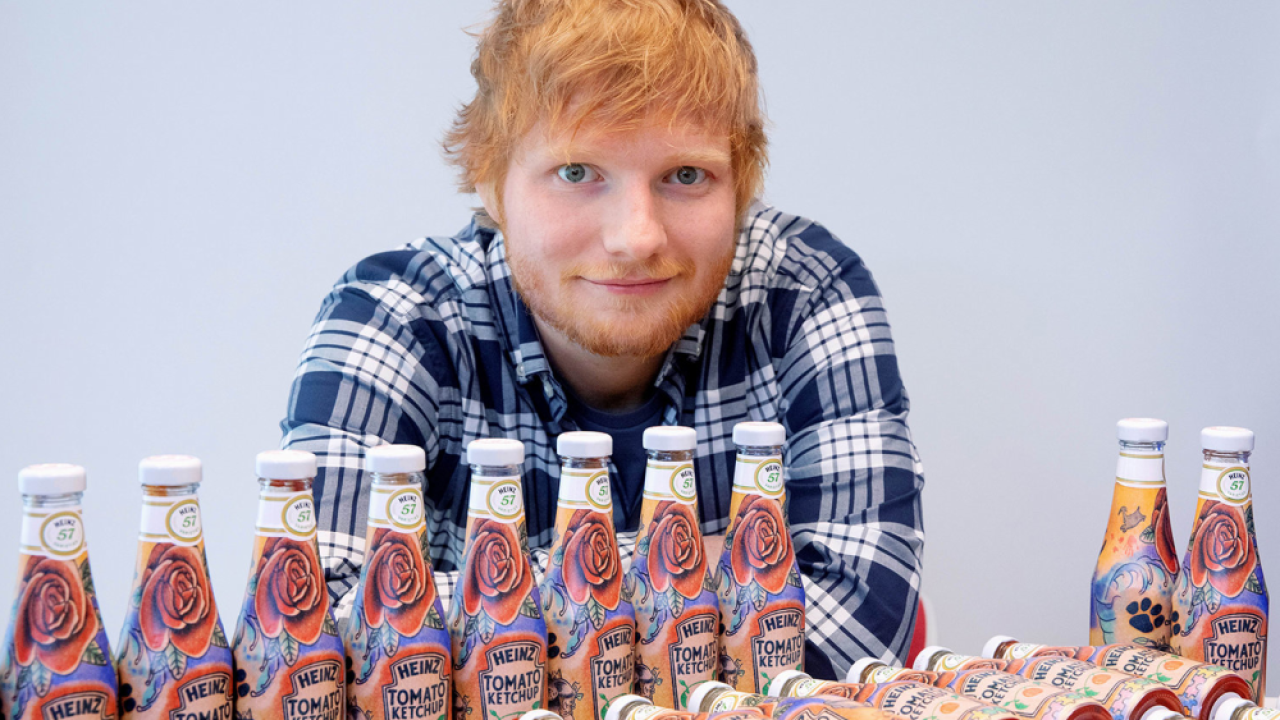 NEW YORK — Pop music superstar Ed Sheeran loves one American condiment so much he got a tattoo of it. He permanently inscribed the Heinz Ketchup logo in ink on his left bicep.

Earlier this year, he created a hilarious commercial for Heinz.

The singer is now teaming up with the Pittsburgh-based company to raise money for two charities.

To celebrate Heinz's 150th anniversary, the company is releasing 150 limited edition ketchup bottles, each autographed by the English musician.

The Ed Sheeran X Heinz bottle will feature some of the pop star's tattoos, including a rose, jigsaw puzzle pieces and the Heinz logo.

Three of the bottles will be auctioned off Thursday at Christie's in London. Sheeran fans are getting the opportunity to win a bottle.

New York-based online auction house Paddle8 is giving away 104 of the bottles in an online sweepstakes. Each will come with a Collector's Edition speaker box.

There is no cost to enter the sweepstakes, but Sheeran is hoping you will add a donation when given the option to either East Anglia's Children's Hospices or international hunger relief organization Rise Against Hunger,

#AD There’s only 150 in the world and we’re raising money for @eachhospices and @riseagainsthunger, pretty cool eh? Check out the link in my bio and my stories for details on how to get one #EDxHEINZ

The deadline to enter the sweepstakes is 2 p.m. EDT on Friday, August 23. Winners will be notified by September 1.