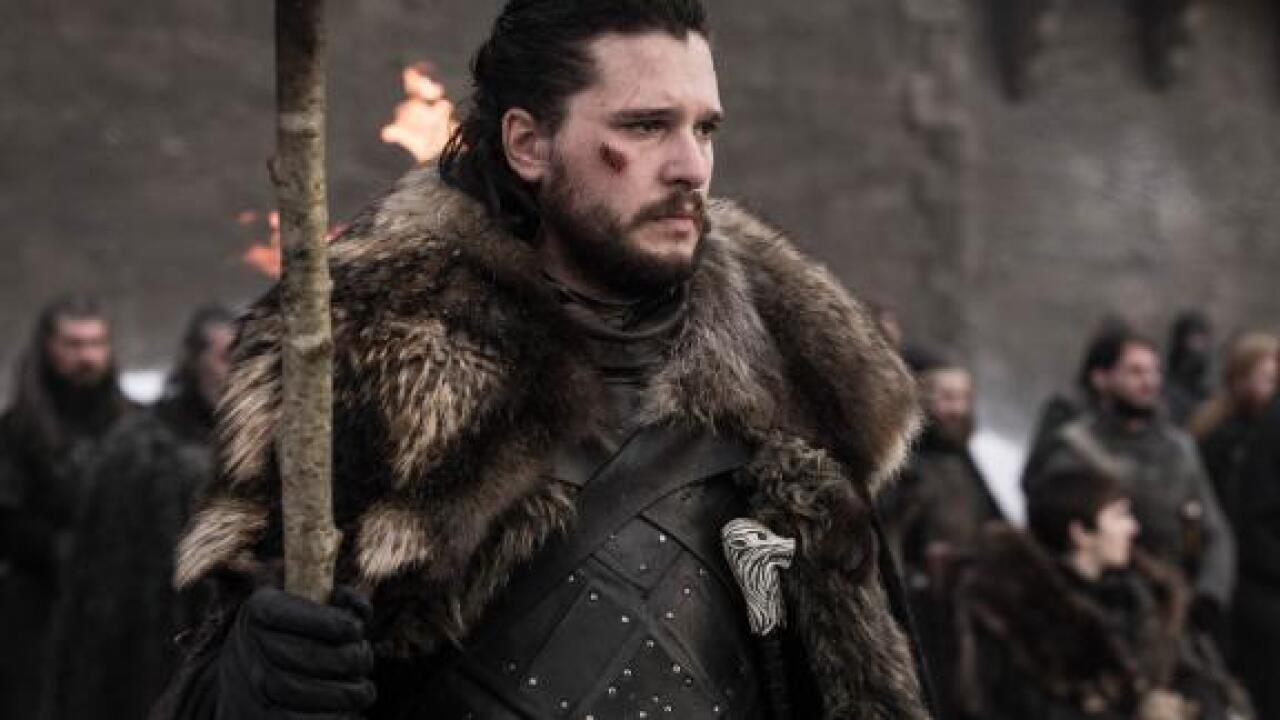 If someone asks you about what happened this week on that little dragon show you watch, you are more than allowed to just scream at full volume for an hour and 20 minutes. Because that's what this episode was. Just one, long 80-minute "AAAAHHH!!!"

Things start off quietly enough. Without Missandei around to braid her hair or apply her undereye concealer, Daenerys is leaning into the "foreshadowing fiery genocide" aesthetic while moping around Dragonstone. She's mad at Jon, mad at Tyrion and especially mad at Varys for going around blabbing about Jon's true lineage. It appears the "Master of Whispers" has become the "Master of Discussing Deadly Secrets at Full Volume," and before you can even get emotionally prepared for this week's carnage, everyone's standing on the beach looking stoic and Dany is sentencing Varys to death and Drogon is bearing his 3,000 teeth and wow, we're off to the races.

One major character death down, a shocking amount left to go.

Tyrion, full of doubt and fear and definitely not used to either, finds Jaime who has been captured and imprisoned at Dragonstone. The two brothers share a good hug and Tyrion outlines a plan for Jaime to escape with Cersei and start life anew in Essos, where ostensibly they are more forgiving of murderous incest.

But first, it's time for war. The mood is tense in Kings Landing, where throngs of common folk are being herded inside the Red Keep, and the Golden Fleet and the Iron Company are assuming their positions as unwitting dragon appetizers. If Dany's general haggard appearance wasn't foreshadowing enough, we get lots of good, salt-of-the-earth shots of the innocent citizens of Kings Landing with their doe-eyed children in tow. By the laws of television, you only get affectionate close-ups of the unwashed if something really, really terrible is about to happen to them.

And, happen it does. Drogon drops out of the sky like a 10-ton seagull, and within minutes the Iron Fleet, the Golden Company and all of the Lannisters' fancy dragon-killing equipment is flambeed to oblivion. Grey Worm, who is so deep in his feelings he completely forgets his helmet, dispatches the leader of the Golden Company, and with that, the Unsullied and the smattering of remaining Dothraki set about sacking the city.

It's a laughably easy win for Daenerys and company. Even Cersei sees it, perched atop the Red Keep with a concerned Qyburn. Side note: Ol' Cers must be about 500 months pregnant now, so why does she have the belly of someone who had, like, five bites of a burrito for lunch?

Anyway, she's hemmed in and she knows it. As the city's fortifications burn to ash and enemy forces close in, the bells of surrender begin to sound. A single tear rolls down Cersei's proud face. Drogon and Daenerys let up, the Unsullied and the Lannister forces exchange a hearty round of handshakes and the two sides proceed with a peaceful transfer of power.

However, don't think that just because thousands of people are being burned alive and King's Landing is literally crumbling to the ground that there isn't time to have a slapfight about who gets to be Cersei's boyfriend. Somehow, among everything going on, Euron, the drunk cockroach of Westeros, finds Jaime and they have an extremely athletic tussle on the banks of Blackwater Bay. It's not all bad though: Jaime kills Euron, which we can agree is a personal favor to us all.

Oh, right! By the way, Arya and the Hound must have ditched their horses for high speed rail, because they're also here in Kings Landing. The Hound urges Arya to get out while she can, and they part with as much tenderness as two soft murder beings can muster. There's nothing like apocalyptic dragon fire to make a girl forget all about her kill list, and before long Arya is running terrified through the streets like everyone else.

Meanwhile, The Hound has revenge on his mind. He runs into Cersei, Qyburn and The Mountain as they're fleeing the Red Keep, and after The Mountain ragdolls Qyburn into the afterlife, CLEGANEBOWL IS ON. (Again, gentle reminder: Everything is burning! Is now the best time to be settling personal scores?)

Actually, the answer is yes. The Hound finally unmasks The Mountain, revealing a swole moldy Darth Vader where his brother used to be. They fight. It's glorious and gory. Goryious? Apparently, The Mountain is impervious to literally everything, up to and including daggers through the brain, so The Hound does the only thing left he can do: Trucks him through a crumbling wall and off the side of the Red Keep to a fiery, mutual death.

(By the way, people are still burning.)

Jaime and Cersei finally find each other, and if they weren't both deeply horrible people who have committed unspeakable sins and backtracked on seasons worth of character development, their reunion would almost be sweet. You would almost, for one second, be forgiven for hoping they could escape and be weird with each other in Pentos for the rest of their days. But you only get one second! Remember Brienne! And Missandei! And Margaery and everyone else who has ever suffered and died at these people's three collective hands! Jaime and Cersei deserve the poetic, meaningful deaths that are inevitably coming their way!

Hmm? What's that? Oh, they get crushed under some rubble while trying to escape? Two of the main antagonists, who have driven the show's id since the very first episode of the very first season, just kinda get squished?

Eventually, Daenerys lets up on her scorched earth campaign, leaving a horrified Jon to deal with what has become of his queen. With a million questions hanging in the air, we close with Arya escaping on a white horse that just happens to be prancing around the charred bodies of Kings Landing. Where is she going? Hopefully to Storm's End, because a girl deserves to relax with a blacksmith lord and forget about this smoldering mess. Yeah, Valar Morghulis and everything but... come on.

If we're supposed to buy Dany turning Mad Queen after seasons of building her up as a hero and a revolutionary, why did she get about 3.5 seconds of screen time once she started burning everything down?

Bran was pretty insistent that Jaime had something important to do when he came to Winterfell, but other than breaking Brienne's heart and going out like roadkill that... didn't seem to manifest?

Was the wildfire interspersed throughout the inferno significant?

Why was no one wearing HELMETS?!

What is Jon going to do now that his aunt queen is completely off the rails?

How much self control will it take Sansa to not laugh in Jon's face and say "I told you so?"

Has anyone outside of the North or King's Landing been affected by anything that's happened this season or are they just browning their butter and tossing back ale as usual?

Speaking of, is Hot Pie okay? He wasn't in this episode but just, in general. Can we get a welfare check?

You either found this episode thrilling or horrible, but we can all agree after all they've been through together, Arya calling Sandor Clegane by name and thanking him is top-shelf emotional content.

The better part of several armies +

The better part of a million Kings Landing residents =

Why does Dragonstone turn everyone gaunt and make them want to burn things? Don't forget that Stannis spent many years broodin' and human sacrificin' in that exact same spot.

Lots of people are pointing out that Arya's last-minute Uber horse has some biblical parallels:

I looked, and there before me was a pale horse! Its rider was named Death, and Hades was following close behind him. -- Revelation, 6:8

Daenerys somehow doesn't end up the villain in the end

What? It says BOLD prediction.