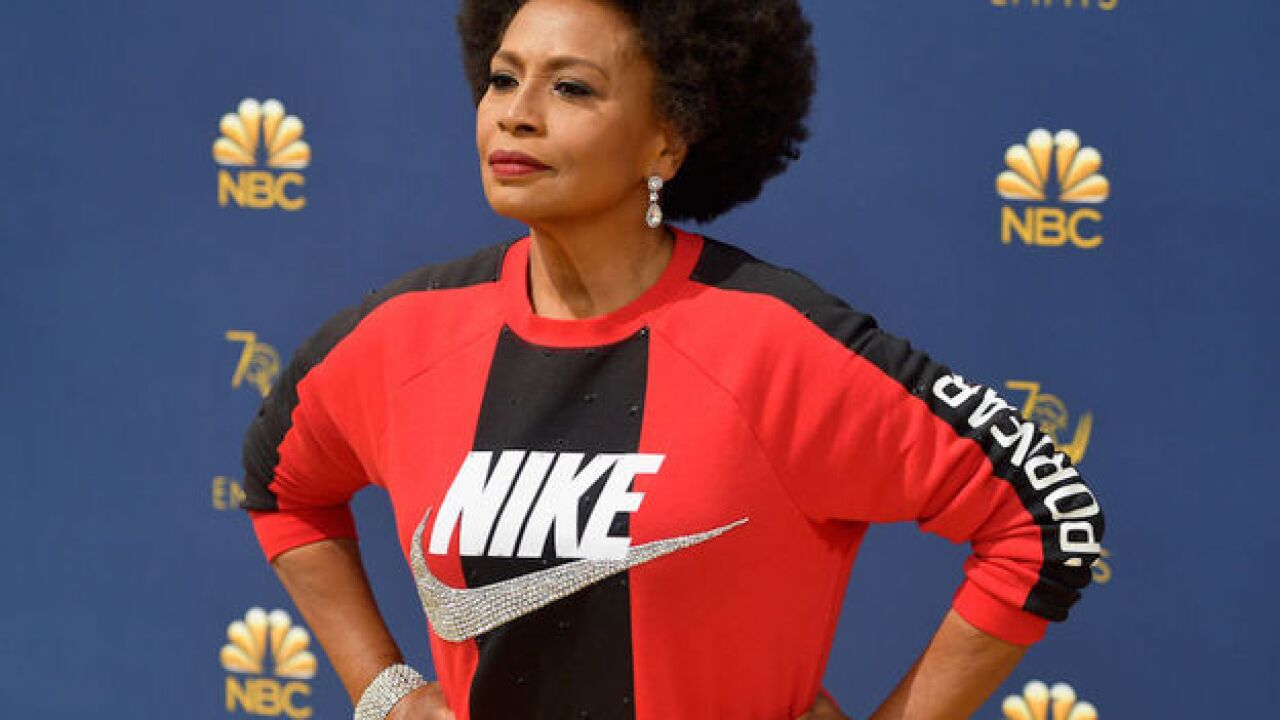 "Black-ish" actress Jenifer Lewis wore a red and black Nike shirt on the Emmys red carpet Monday night as a message of support for the company's decision to promote Colin Kaepernick.

"I am wearing Nike to tell them how proud I am of them for supporting Colin Kaepernick and his protest against police brutality and racial injustice," Lewis said.

"I speak to the millennials tonight to tell them they are not alone in standing up," the 61-year-old actress said. "We're right behind them. Their ancestors are behind them, who took two knees and two hands picking cotton."

Lewis' top -- even with its gemstone-studded swoosh -- offered a bold contrast with the night's parade of evening gowns. She said she'd thought hard about her wardrobe choice in light of Nike's decision to feature Kaepernick in an ad campaign that kicked off this month.

"What can I do? What can I do that's meaningful?" Lewis told Variety. "I'll wear Nike. I'll wear Nike to say thank you. Thank you for leading the resistance! We need more corporate America to stand up also."

Kaepernick has endured stiff criticism and hasn't been signed to an NFL team since the 2016 season, when he sat, then kneeled in protest as the National Anthem played before games. Other NFL players have followed suit, often also taking heat for it.

Nike's decision to feature Kaepernick caused some critics to burn their Nike gear in anger. But early indications suggest Nike sales are up because of the new "Just Do It" campaign, Wedbush analyst Christopher Svezia has said.