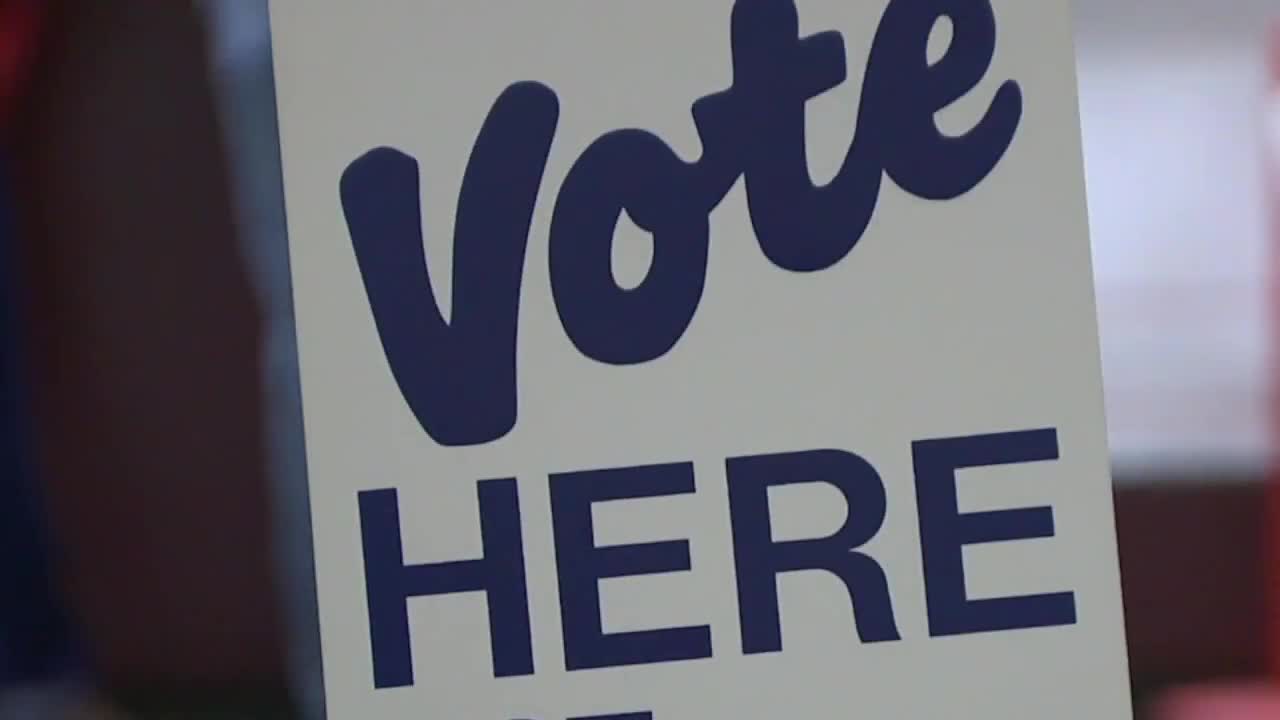 Election experts worry that the fight for fair and accessible elections could be even harder as the novel coronavirus rages through our community. 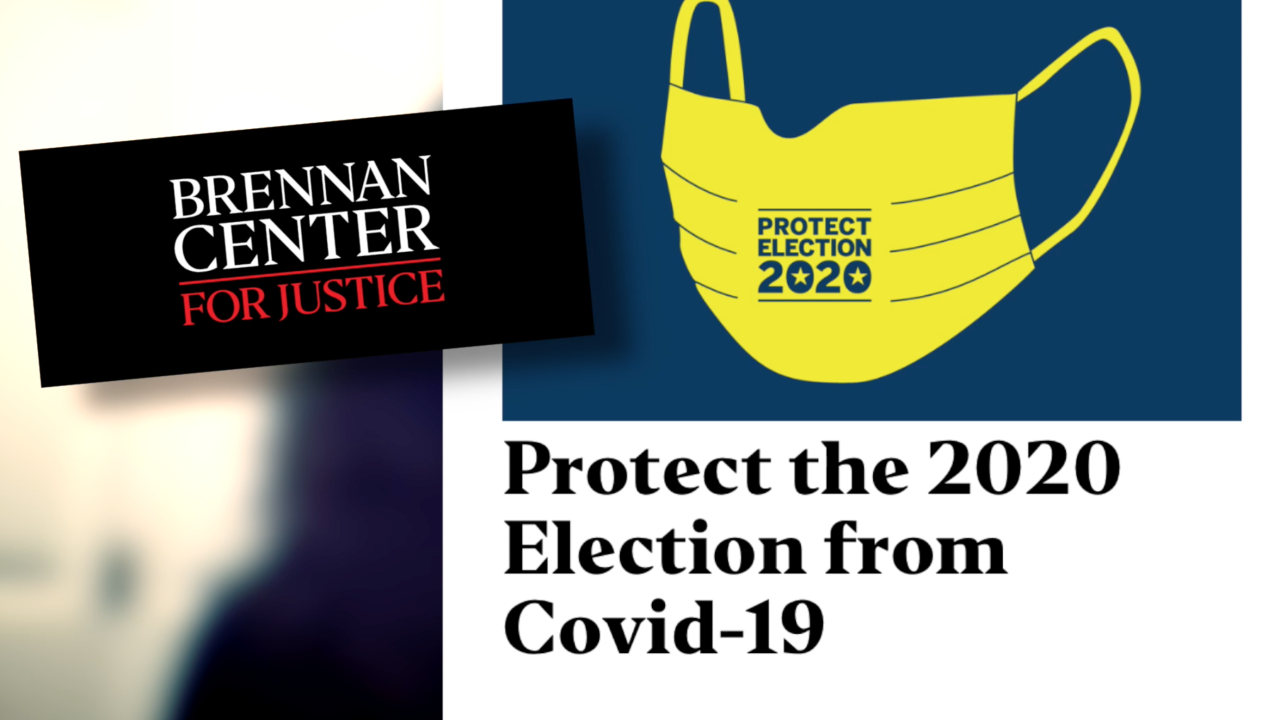 TAMPA — Election experts worry that the fight for fair and accessible elections could be even harder as the novel coronavirus rages through our community.

Brennan Center for Justice at New York University School of Law issuing a dire warning and calling on Congress to allocate $4-billion for increased capacity for voting by mail, maintaining safe and sanitized in-person voting, and expanding online registration.

Experts at the Brennan Center of Justice said, "the disease will test our democracy. But it doesn't have to undermine it."

When it comes to elections in Florida, Myrna Pérez, the Director of the Brennan Center's Voting Rights and Elections Program is even more concerned.

"Florida has a long and troubling history of putting unnecessary barriers into the ballot box," Pérez said. "Florida has had to be called into court for making it too hard for community groups to register voters, cutting back early voting, being overly aggressive about the purges, refusing to extend voter registration deadlines in the face of a hurricane. And now, Florida is in court because its legislature ignored the will of almost 65 percent of its people to end Florida's policy of felony disenfranchisement."

In 2018, Amendment 4 restored felon voting rights. The law does not restore rights to convicted murderers or people convicted of sex crimes.

Challenges to the law by Gov. Ron DeSantis have placed the rights of an estimated 1.6 million potential voters in legal limbo. Studies show nearly 1 in 5 of those voters are black. Across the country, there are more than 6.1 million Americans disenfranchised due to felony convictions. Of those 1 in 13 are African-Americans, compared to 1 in every 56 non-black voters.

"No state disenfranchises more of its citizens than Florida," Pérez said. "My hope is that Floridians say 'no more, we want free, fair and accessible elections."

The push to register black voters looks different because of COVID-19. Groups are using a mix of old school techniques and new school thinking. Using a combination of phone banks, mailers, and social media blitz campaigns to get people excited about 2020.

"With young people really stepping into the fold with the protests and really ensuring their voices are heard, I am encouraged. I have never seen something quite like this before," Jordan Pride, president of the Hillsborough County Democratic Black Caucus, said. "One of the demographics we are targeting as a caucus are young black males. We really feel we will make a difference in the upcoming election. I think we have to ensure situations like George Floyd, Breonna Taylor, Ahmaud Arbery, can't happen here in Hillsborough County. And the only way we can ensure that doesn't happen is holding those elected to office accountable."

Pride says civil unrest and peaceful protests in the streets should translate into votes for the 2020 election. But there are no guarantees. Pride says some voters might not show up if they don't like the candidate or don't seem popular.

"Black Lives Matter isn't just about black people," Pride said. "We need everyone involved in this movement to ensure our rights are really addressed. We just want to ensure that our lives matter as much as anyone else that is quite literally what it means. I think blacks, particularly in this next election, have the opportunity to really move the needle on the issues we've been trying to address for hundreds of years."

Research shows COVID-19 is killing blacks and Hispanic/Latino people at a much higher rate than white people, in all age categories.

"Historically African Americans typically don't vote by mail, they have an issue trusting the system, to be quite frank," Pride said. "Now, we are in a place in time where it is the only option we have right, especially when it comes to keeping us safe and ensuring we aren't killed disproportionately more to this virus."

In Hillsborough County, Craig Latimer, the Supervisor of Elections, said voting by mail historically makes up about a third of the vote. And he assured voters it is safe and secure and most importantly, counted.

"Vote by mail is actually the first votes that we release on election night," Latimer said. "Vote by mail and early vote, we begin processing these, every single one of them that's been accepted will be counted and tabulated. There shouldn't be any worry about it at all."

Latimer said Hillsborough mailed out postcards to 660,000 registered voters urging them to vote by mail. He said the response was enormous.

"We are getting ready to ship out just under 290,000 vote by mail ballot packages the largest amount we've ever sent out, so we are really excited about it," Latimer said.

With so many people fighting for every eligible vote to be counted, the words of former President Barack Obama, spoken on the 50th Anniversary of the Selma march ring true today. On March 7, 2015, Mr. Obama stood in front of the Edmund Pettus Bridge to honor the brave men and women who dared to cross.

"If every new voter suppression law was struck down today, we would still have here in America, one of the lowest voting rates among free people. 50 years ago, registering to vote here in Selma and much of the South meant guessing the number of jelly beans in a jar, the number of bubbles on a bar of soap, it meant risking your dignity and sometimes your life. What's our excuse today for not voting? How do we so casually discard the right for which so many fought? How do we so fully give away our voice our power in shaping America's future?"

At the local Hillsborough County NAACP office, the phones rang off the hook the day we interviewed Yvette Lewis. Lewis is the president of the local branch.

"How can I get my rights back? What can I do?" Lewis said those are the top questions left on voicemails and when she can answer the phone.

"So will I keep fighting? Yeah, will I keep speaking for the voiceless? Yes, I will," Lewis said. "This organization has been around for well over a hundred years. Some of the people in power should say, 'why is this organization still around?' We are here because of systemic racism and social injustice because people's civil rights continue to be violated every single day."