Is he really encouraging an illegal cyber attack? 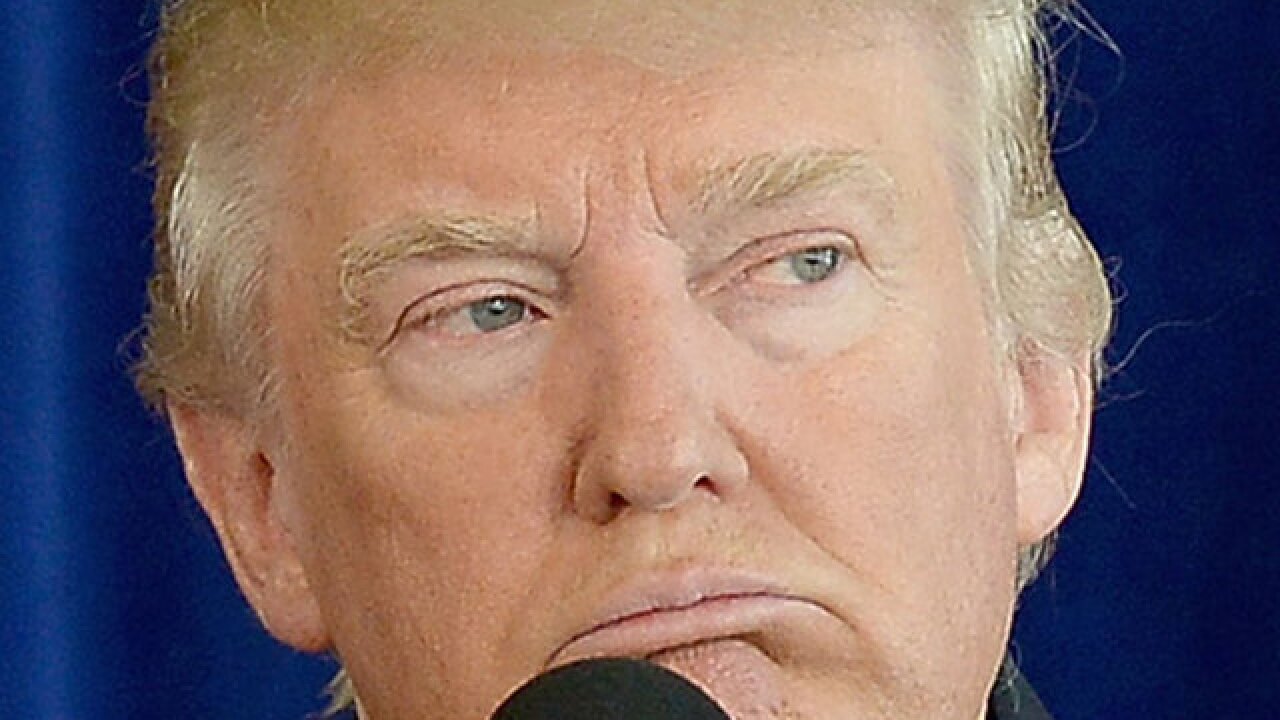 Ingrained conceptions of what is possible, permissible, responsible, patriotic and mentally sane in American politics, diplomacy and government were violently discombobulated Wednesday when Republican nominee Donald Trump, nee Drumpf, called on Russia to hack emails that may contain sensitive or classified material from the federal government, Democratic Party and former Secretary of State Hillary Clinton.

“Russia, if you’re listening I hope you’re able to find the 30,000 emails that are missing. I think you will probably be rewarded mightily by our press,” Trump said at a press conference at his Doral resort on Wednesday.

“They probably have them. I’d like to have them release,” Trump said, “It gives me no pause, if they have them, they have them.” Spreading his geopolitical wings, Trump added, “If Russia or China or any other country has those emails, I mean to be honest with you, I’d love to see them.”

Honesty is the best policy they say, even if it leads to charges that Trump is aiding and abetting espionage against the United States or encouraging illegal cyber attacks by a semi-official enemy state.

Early words would come from Al Baldasaro, who advises Trump on vets issues. Last week he suggested, “ Hillary Clinton should be put in the firing line and shot for treason.” Operator, can you connect me to the Secret Service.

Trey Gowdy, Darrell Issa and Jason Chaffetz already would be holding hearings to determine exactly how long Hillary Clinton has been an undercover asset of the KGB and where did Chelsea get trained in modern spy craft.  They would dispatch Donald Rumsfeld and Scooter Libby to get her cell ready at Gitmo and let Dick Cheney visit to try out his new water board, custom made from Bavarian Black Walnut and Kevlar by an old-world master craftsman in the quaint Munich suburb of Dachau.  Ken Starr would be reappointed as the Independent Counsel, assisted by attorney Laura Ingraham.

You get the idea.

But Trump kind of just muddles through getting a big chuckle out of it all and fielding very little incoming artillery.

His friends and foes aren’t sure he really understands what hacking actually is -- or treason for that matter -- so maybe that’s why the press isn’t picking on him.  Maybe people think he’s just goofing around and the whole Russian Hack Gag thing is just like one of those super-ironic hipster skits on Colbert. Maybe it is because the media just isn’t into it yet; political reporters don’t have a lot secret tech sources.

Maybe Trump is cool with the whole kerfuffle. Maybe he figures this might make the goodie-goodie PC police forget about releasing his tax returns; they might show that the Bolsheviks are lending to or investing in Trump’s businesses, or worse, screwing him on bad deals.

Much more is unknown than known about the DNC hacking crimes now. It might fizzle; it might blow up. Only time will tell, to use a cliché I’m not really allowed to use.

But if the Russians did hack any American political data banks, it will be a huge, embarrassing national security story, if not a surprising one.

If the recovering Soviets really did it to help Trump and Trump knew it, it would be the best espionage scandal since Kim Philby. We’d have to call in John LeCarre, Stephen Hawking and Pope Francis to get definitive adjudication.

The facts will be slow to come out. In the meantime, Trump seems to be getting some kind of megalomaniacal titillation from flirting with the spooky underworld. Melania, almost certainly a triple-deep-cover East Bloc mole, seems to be running her agent perfectly.

We’ll see, but this could make H. Ross Perot’s 1992 theory that gridlock was caused by extraterrestrials seem tame. Jaded reporters didn’t give that theory much credence, but imagine the stories they missed!