Is the millennial voter surge still a surge? 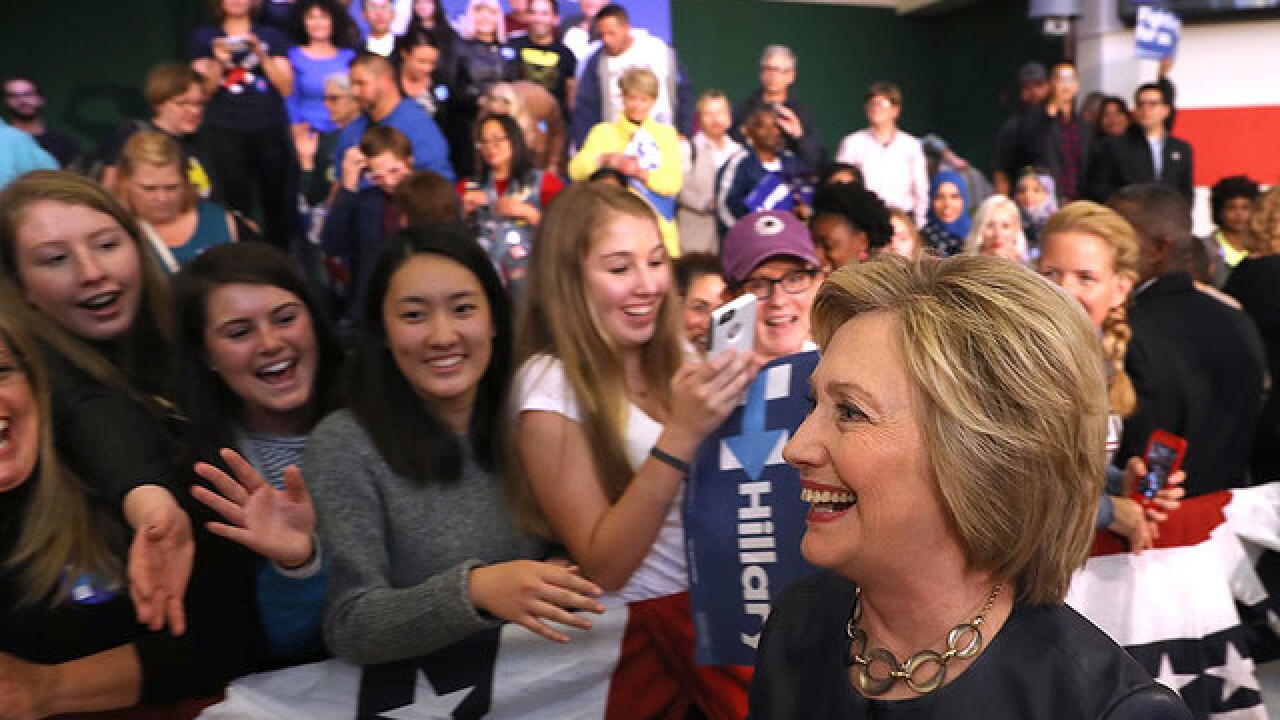 There was nothing particularly noteworthy about the day Kentucky Senator Rand Paul spent last October checking email, picking out music from his car and meeting voters in Iowa — except the whole thing was live streamed. At the end of the day, the newly announced presidential candidate stopped to talk to fans directly over his Ustream while silhouetted in front of a fading sunset.

It was a calculated move by Paul: Skip traditional broadcast news and court the untraditional voter base of millennials. And he wasn’t alone.

At the beginning of 2016 other presidential candidates also were openly courting millennials — a voter bloc of 18- to 35-years-old that is the country’s largest generation. Hillary Clinton formally announced her presidential run over YouTube and later started Pinterest and Instagram accounts; Bernie Sanders got strong support from millennials with promises of free college tuition; and Donald Trump hosted an “Ask Me Anything” on Reddit in July.

They all hoped to follow in the political footsteps of Barack Obama who won his election in 2008 in large part thanks to solid support from young voters, and was re-elected in 2012, again with the millennial’s votes.

Now, with a little less than two months until Election Day, there’s a question as to whether millennials are so disillusioned with their choices that they won’t turnout in numbers that will make a difference.

“Millennials are not in particular crazy about either candidate. America in general isn’t, but millennials in particular,” said Morley Winograd a senior fellow at University of Southern California who wrote the book, “Millennial Momentum: How a New Generation is Remaking America.”

Since Trump and Clinton became the nominees for the two major parties, young voters’ support and their interest in the election has cooled off quickly. Neither candidate did particularly well with the demographic during the primaries. Earlier in the year Democratic-tending millennials overwhelmingly favored Bernie Sanders. In the primaries young voters often opted for the Vermont Senator by margins as wide as 4 to 1 over Clinton. When Sanders lost, many found themselves without a candidate they could get behind.

Now some campaign experts wonder if its worth Trump’s or Clinton’s time to focus on millennials.

“The biggest thing this year is [young voters] are excited about neither of these candidates and it really shows in how they express their opinions. So it’s really a race of who’s worse,” said Kei Kawashima-Ginsberg, director of Tuft’s Center for Information and Research on Civic Learning.

An analysis conducted by CIRCLE, however, found that while at least half of youth negatively viewed Clinton, they disliked Trump more, leaving the former secretary of state with some potential ground to gain.

In some states Trump is polling third among millennials, behind Clinton and Libertarian candidate Gary Johnson. Nationally 42 percent of youth view Clinton favorably compared to 21 percent for Trump. And Clinton has succeeded bringing some former Sanders supporters to her team; a Pew study in July found that 90 percent of “consistent Sanders supporter in the primaries” prefer Clinton in the general.

Maintaining that percentage or increasing no doubt remains an important goal for Clinton.

“If Trump turns out older white voters in what he hopes are record numbers, then the failure of your campaign to get millennials could be the failure of the outcome,” Michael Hais, co-author of “Millennial Momentum,” said. “Obviously it’s a big challenge to a get a large portion of millennials into the electorate this go around. But the gains would be … terrific for Mrs. Clinton if she can achieve that.”

Clinton is deploying surrogates on the campaign trail to appeal to that disenchanted progressive millennial voter base.

On a steamy afternoon this past Friday in Philadelphia on the University of Pennsylvania’s campus — a time and place usually reserved for hangover recovery from Thursday night — Massachusetts Senator Elizabeth Warren spoke to a crowd of about 200 mostly students. Her job was clear, appeal to the leftover Bernie Sanders fan base and convince students that Clinton also is their champion, even if they voted against her in a primary.

A natural surrogate, Warren was frequently cited hand-in-hand with Sanders during his campaign. She refrained from endorsing until Sanders dropped out, but many Sanders supporters wanted her on the ticket with Clinton as vice president. While Warren didn’t mention Sanders by name at the rally, she did preach policies very similar to his. She remarked on the need to increase the federal minimum wage, continue funding Planned Parenthood, invest in education and reverse Citizens United.

Many attendees were Penn students who previously supported Sanders and said they planned to vote for Clinton because they no longer felt she was such a far cry from the Vermont senator.

“I actually supported Bernie Sanders in the primary, but I wasn’t of the idea that Hillary Clinton is evil. When you’re in the primary you’re obviously competing, so you’re trying to draw differences. At the end of the day, I think that Hillary Clinton is for us,” said Danielle Capriglione, an 18-year-old freshman from Indiana. “Looking back at it now, I think Hillary Clinton would be a much more effective president than Bernie Sanders would have been because she has an ability to compromise and govern much better.”

Other students admitted they were voting for her begrudgingly because she was the best choice they have.

“I voted for Bernie in the primaries but Hillary, I think she’s our best. The better of the two options,” said Will Piel, a 20-year-old from Philadelphia. “I liked her before Bernie and then when Bernie came around I was like, ‘OK, I like him better.’ But it wasn’t too difficult of a transition. I was a little upset but I got over it.”

A 19-year-old from the Philadelphia suburbs Bella, who didn’t want to give her last name, said she voted for Ohio Governor John Kasich in the primaries but has decided to vote for Clinton in the general election. “It’s really just more of a process of elimination thing for me,” she said. “I don’t like Trump, I definitely come from a conservative family and I lean more fiscally conservative, but in this election I definitely feel like it’s more important to vote for the more rational candidate.”

Many younger attendees admitted though that they also had friends who instead were going to vote third party for either Gary Johnson or Jill Stein because they couldn’t get excited about Clinton as president.

“Of course Hillary Clinton wins among a huge margin for whom [millennials] prefer,” Kawashima-Ginsberg said. “But at the same time we have to question if they feel passionately enough around these candidates to turn out.”

Which is why many say Clinton has both the most to gain and the most to lose among the demographic.

“Hillary has yet another problem is that she could get them out to vote and they could vote third party,” Winograd said. “Every millennial who doesn’t vote for Hillary is one less vote for Hillary, not necessarily off Trump’s numbers, but there are only so many votes she can afford to lose.”