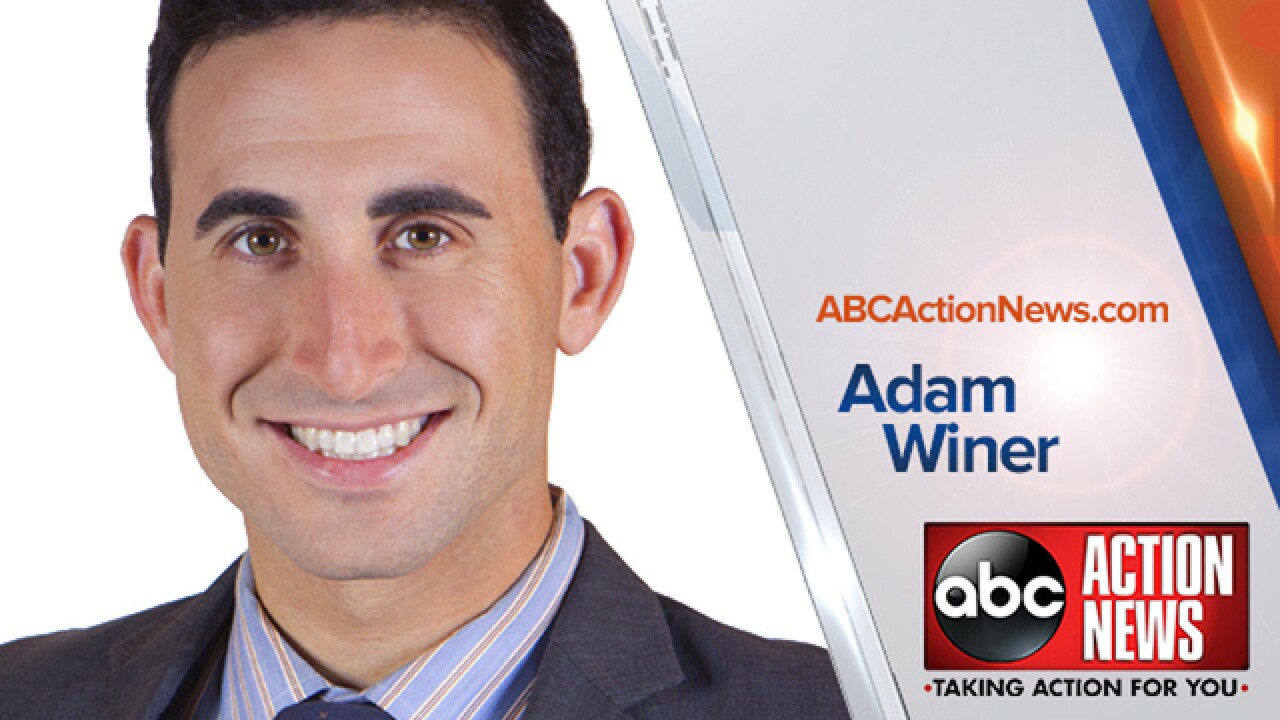 Posted at 5:17 PM, Sep 15, 2014
Passionate about journalism and telling stories, Adam Winer is excited to be part of a station committed to making a difference in the Tampa Bay community.
Adam comes to Tampa from WLEX in Lexington, Kentucky where he was a morning reporter for the market's top-rated morning news show, usually shooting and editing his own stories.
Before Kentucky, Adam reported, produced and anchored at WHAG in Hagerstown, Maryland, where he also served as his station's General Assembly correspondent.
He started his professional career as an overnight production assistant and assignment editor at WRC in Washington, DC.
He graduated from the Philip Merrill College of Journalism at the University of Maryland in College Park, MD, where he basically lived at the radio station, WMUC.
Adam grew up in New Jersey where his parents live. He also has a younger, smarter brother.
Adam is a music and film enthusiast who also loves playing and watching all kinds of sports (and makes no apologies about being a Yankees fan in Rays territory).
He lives with his girlfriend and their adorable dog Agent Dale Cooper in Tampa.
Email any time at Adam.Winer@wfts.com, or get in touch @adamzwiner.
WFTS